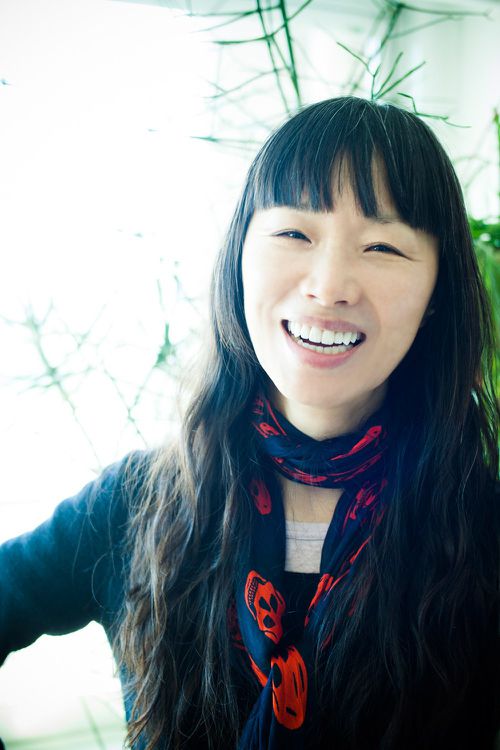 Rie Omoto is without question one of the leading names in makeup artistry today. As the Creative Director of Three Cosmetics in Japan, Rie has reached a level that few artists achieve. Both creatively and commercially, she enjoys the sort of success that is the envy of her peers.

Her trademark is her deconstructionist approach to makeup. 'A face is something that should be explored more deeply than what you see in the mirror,' explains Rie. 'I want to bring out those qualities that are hidden in your soul.' Her career began in Tokyo, where she experimented with different forms of makeup: powder, liquid and grease applications were uniquely combined to allow Rie a customized approach to creating her work. It was here that she discovered how to manipulate skin with unconventional products, creating sensational looks on models for editorial and advertising campaigns.

In early 1992, having mastered the market in Japan, Rie longed to test her abilities in Europe. She quickly made the move to Paris, where her unmistakable talent was soon recognized by some of the most celebrated names in photography: Paolo Roversi, Steven Klein and Peter Lindbergh, each of whom has called on her to craft shocking editorial and flawless advertising. Despite her overwhelming success there, Rie has never been one to shy away from a challenge, and in 1996 decided to make New York City her new home.

Once in New York, Rie's gift for achieving flawless skin earned her a litany of accolades and recognition: she has an ongoing relationship with InStyle magazine, who continue to fly her around the country to work with some of Hollywood's most beautiful stars; WWD named her one of the top makeup artists in the world in 2005; and famed department store Lane Crawford of Hong Kong has flown Rie over to consult for them with clients regarding modern makeup techniques as well as to perform live exhibitions in support of their newly launched cosmetics line.