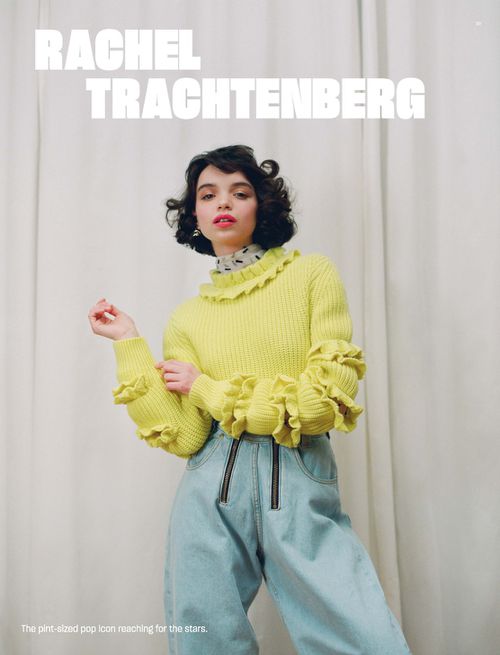 Birth Date: December 10, 1993
Nationality: United States
Rachel Sage Piña-Trachtenburg is an American
musician, radio personality, model, singer, political
and animal activist and actress from New York City.
Trachtenburg is most notable for her key role as
drummer and backup vocalist of the Trachtenburg
Family Slideshow Players, a family band consisting
of herself and her parents, Jason and Tina. She is
also lead singer of two bands, Supercute! and
Punch. Trachtenburg is also the star of her own
television show, Rachel Trachtenburg’s Homemade
World (formerly titled Rachel Trachtenburg’s
Morning Show).

Same As It Ever Was
Nylon Magazine (Editorial)
published: April 2015
credits: Model