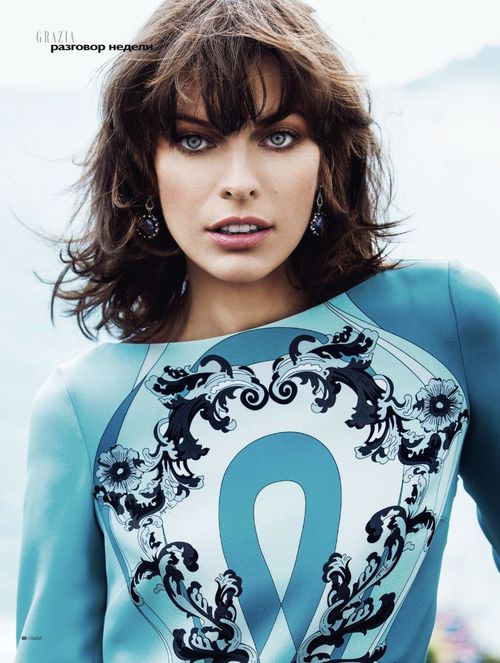 Birth Date: December 17, 1975
Nationalities: United States, Ukraine
Actor, model, musician, designer. Born in Kiev,
Ukraine, grew up in Moscow (mother is Russian, father
is from Yugoslavia), moved to America at age 5.
Started at age 11. Photographers Herb Ritts and
Richard Avedon were early supporters of Milla. As of
2009, has been modeling for almost 25 years.
Breakthrough movie role was starring in Luc Besson's
The Fifth Element in 1997. From her Resident Evil
movies, has learned to love martial arts. Married to
director Paul W.S. Anderson, has one daughter with
Paul.

Milla Jovovich in the news: