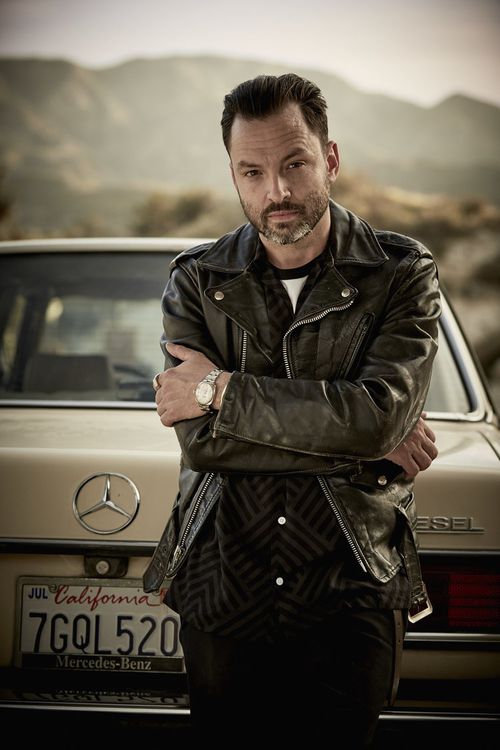 MARK HOLMES was born in a small town outside of Toronto, Canada. Mark was constantly surrounded by music as a child, given that his father was a musician; it was only natural that he would want to follow in his footsteps. Mark attended college for music and then went on to tour the world several times over as a singer/front man in various rock ’n’ roll bands. In early 2000 he ended up in New York where a chance meeting with renowned UK menswear stylist, lead to an apprenticeship. Over the next several years he would develop a discerning eye and passion for menswear styling.

Mark’s masculine approach to menswear can be seen regularly in the pages of L’Officiel Hommes, GQ, Rolling Stone, Interview, Vogue, and Esquire as well as on Red Carpets around the globe.