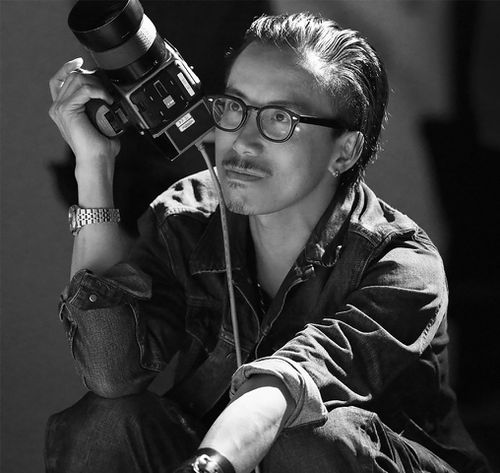 Born in Singapore, graduated from Tokyo School of Visual Arts majoring in art, photography and film making. Leslie Kee is one of the most internationally renowned fashion, art and celebrity photographer and film director.

He has self-published more than 100 titles of “SUPER” art and fashion magazine series which collaborated with top artist like Lady Gaga, and famous fashion labels like Anna Sui, Vivienne Tam, DSqaured, Armani, Anteprima, Lacoste etc. He has held more than 100 photo exhibitions and done more than 200 talkshows in different parts of the world. Kee has been assigned as the the contributing fashion photographer for VOGUE TAIWAN publications in which he contributes 10 pages of fashion editorials every month since 1999 for almost 18 years.

He is well known as the official film director and photographer for creating the main visuals and short films featuring both homme and femme collections of Yohji Yamamoto. Kee’s first short film as a film director, "THE INDEPENDENTS” , was nominated for the 2015 ASVOFF Fashion Film Competition held in Paris and received the Beauty Prize Award.

In 2016, Kee has been assigned by NHK as the official photographer and film director for a 4 years project titled "TO 2020 PORTRAIT MESSAGES by LESLIE KEE” to support Tokyo 2020 Olympic Paralympic Games, which also aims to share the dreams and goals of the people in Japan as they strive towards a better future.