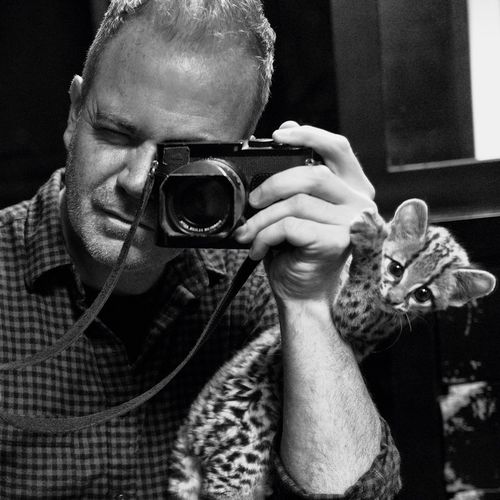 Gavin Bond is one of the most sought-after celebrity photographers in the world. His intoxicating mix of sex, sophistication and smiles combined with contemporary sass and good ol’ Hollywood glamour is an irresistible cocktail of uniquely conceptual ideas and memorable personality driven shots.

The magic comes from Bond’s special way of connecting with his subjects. From Jennifer Aniston, Jack Black, Jessical Alba, George Clooney, U2, The Killers to Rihanna, Sasha Baron Cohen, Kings of Leon, ACDC and Muse among many others, his celebrity clients become an active partner is his process. Bond’s innate ability to create an immediate air of intimacy along with his keen eye and whimsical imagination always amounts to Bond getting exactly what he needs for his image, whether it is a captured revelation of true character, an exaggerated version of celebrity selves or the flip side to a public persona.

Today, based in NYC in addition to dividing his time between Los Angeles and London, he still keeps the reportage aspect of his work rolling, shooting straight from the hip for Victoria’s Secret sexy shows backstage at the Golden Globes, Q Awards and many more.