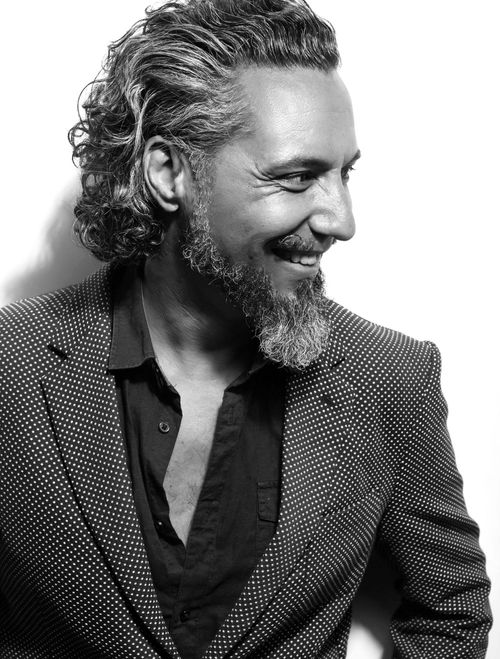 Gabriel Georgiou is Australian born of Greek heritage. He graduated from the Toni & Guy Academy of Hair in London, and has since worked in Hollywood on the celebrity circuit looking after stars such as Drew Barrymore, Jessica Alba, Jessica Biel, Cate Blanchett, Chloe Sevigny, Robert Downey Jr., Keanu Reeves and Joaquin Phoenix to name a few.
Gabriel has been making a name for himself more recently in Bollywood, Styling for celebrities such as Deepika Padukone, Anushka Sharma, Katrina Kaif, Priyanka Chopra, Kareena Kapoor Khan, Alia Bhatt and Freida Pinto.
He was awarded the Vogue India Hair Stylist of the Year in July of 2014 at the Vogue Beauty Awards and Best Hair Expert in October of 2018 at the Elle Beauty Awards.
He has been the lead hairstylist for the following stars in the films Bombay Velvet and Sanju starring Anushka Sharma, Jab Tak Hai Jaan starring Katrina Kaif, Tamasha, Bajirao Mastani, xXx The return of Xander Cage and '83 all starring Deepika Padukone.
He is also a keen practitioner of Falun Dafa, an ancient Chinese Qi Gong practice of mind and body, and is currently working on a personal book project which draws inspiration from Traditional Ancient Chinese Culture, which is slowly being eradicated since the communist party took power.
Another book he is working on is based on the diversity of Exotic Beauty. A collection of Images and Portraits of Actresses and Models over an eight year journey working in the fashion and film industries of India.

TORIUS MAGAZINE - NOW IS THE TIME by And...
Various Editorials (Editorial)
published: August 2020