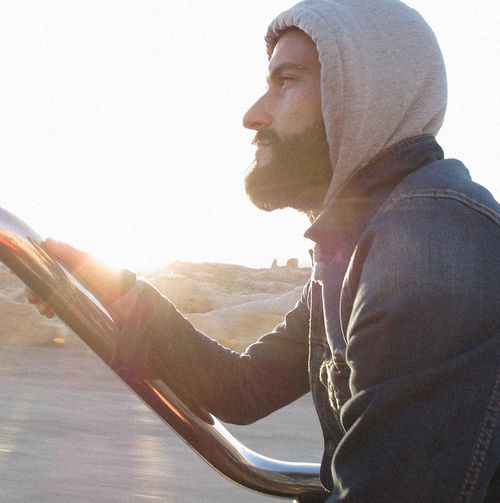 Nationality: Spain
Educated as a photojournalist in Barcelona, ​​Edu García began his professional career filming photographic reports for important newspapers of general interest such as El Periódico, La Vanguardia and El País. Also contributing to some international magazines like Talk Magazine or Newsweek. In those days, he also began taking his first portraits of personalities and celebrities, leading him into the world of fashion photography, where his career finally focused.

His photographic style is the heir to the idea of ​​"capturing a decisive moment" developed by 20th century photojournalism masters. Henri Cartier-Bresson, Eugene Smith or Sebastião Salgado were his first photographic references. Edu García applies this journalistic concept to his work in the fashion industry, seeking spontaneous reaction, the energy of movement. He cares about capturing the real personality of each model that poses for him. He always goes one step further to transform each photograph into a portrait. To do this, use everything at your disposal, such as digital and analog photography. He also likes to get involved in the artistic conception of each photo shoot, adding his creativity to the team so that they can obtain very plastic results making their work highly recognizable.

Her photographs have been published in countless national and international magazines, frequently working with magazines such as Vogue, Harper's Bazar, Fucking Young, Woman Madame Figaro, Schön,. Edu García combines his work as an editorial photographer with commercial and advertising projects, creating campaigns and collaborations with important brands in the fashion industry such as Pepe Jeans, Nike, Roxy and Diesel

Edu Garcia in the news:

Models.com: The Ones 2 Watch