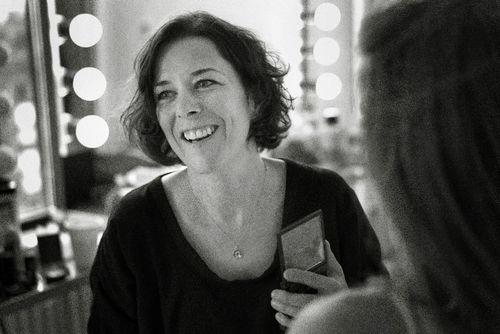 It was at the legendary Greasepaint Studio in London that a young Charlotte Day found her passion for maquillage. She spent ten years there working and developing her signature combination of precision and delicacy before she made the jump to her current home market of New York City. It was here that her career really found it's legs and Charlotte found her great success.

A regular member on the teams of such names as Thomas Schenk, Max Abadian, Victor Demarchelier, Tesh and Nagi Sakai have given Charlotte numerous opportunities for rich collaborations. Her work has been featured in magazines ranging from Glamour and Vogue (American, British, Spanish and Teen) to French Elle. Her many clients such as Saks, Madewell, Clarks, J Crew, Neiman Marcus, and Target are equally loyal.

With a range that stretches from clean and classic to dramatic and bold, her versatility and creativity is unmistakable - few can rival her touch for flawless, glowing skin. Preferring that her work always speak for itself, its beauty is in its simplicity, elegance, and refinement. This, combined with her easygoing, peaceful disposition and her acute eye for detail make Charlotte a quiet force to be reckoned with in a noisy industry.

Charlotte is based in New York City.

A Lesson in Career Longevity With Foreve...
Who What Wear (Editorial)
published: March 2020
photographer: Zackery Michael