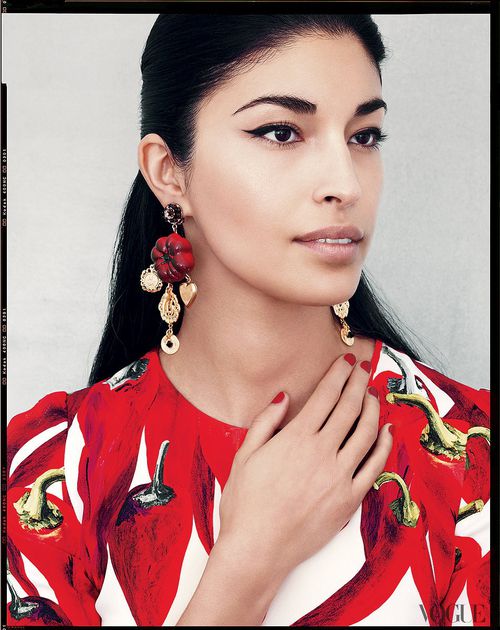 Magazine publisher and consultant Caroline Issa is
well known as a perennial street style favourite,
swarmed by photographers during fashion week for
her effortlessly elegant, thoughtful ensembles, always
topped off by a signature shoe. As fashion director of
independent fashion biannual title Tank and editor of
online magazine Because, the Montreal native is an
established fixture on the fashion week circuit, often
photographed by bloggers and photographers like
Scott Schuman and Garance Doré.

The wordly, well-heeled former management
consultant bills herself as “a businesswoman who
loves fashion”. With a Chinese mother and a
Lebanese-Iranian father, she has lived all around the
world, from Seattle to Texas to Singapore, although
she has called London home for the last decade.
Originally a retail and consumer goods consultant with
a business degree from Wharton at the University of
Pennsylvania, she met Tank founder Masoud Golsorkhi
by chance while working on the Boots account for her
former employer. He offered her a partnership in the
company and she left consulting for the world of
magazine publishing.

Since then, her visibility and profile has grown within
the industry. Her statuesque frame and knack for
mixing and matching wardrobe staples and suits with
more on-trend pieces have landed her a modeling
campaign for American brand J. Crew in 2012,
followed by a capsule collection of shoes for British
high street brand LK Bennett. Most recently, she
fronted the campaign for American jewellery label
Monique Péan. On the publishing side, she has forged
ways for print magazines to embrace digital, such as
apps that reveal new content alongside pages of
existing information.

The One That Got Away - 10 Year 10 Women
Altuzarra (Advertising)
published: January 2019
photographer: Hanna Tveite