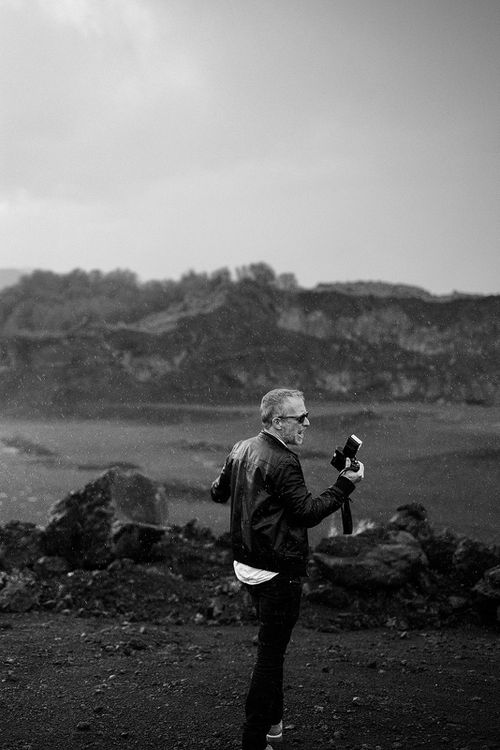 Arnaud Pyvka was born in Poiriers, France and now lives and works in Paris.

Pyvka studied modern history at the Poitiers University where he founded the Henri Langlois International Conference for the International Film School Festival.

Upon completion of his education Arnaud moved to Paris where he began his multi-faceted career in photography, film and art direction. During this time Arnaud assisted several well-acclaimed artists in each discipline and worked for various high-end fashion magazines and luxury brands such as Hermès.

In 2000 Arnaud helped to create Double magazine and served as its creative director and four years later became the editor in chief.

Pyvka now devotes all of time to photography and video and brings to both a keen and rounded sensibility that includes a uniquely historic and multi-media perspective. “The freedom in combining these mediums helps to jolt my memory, interpret time and everyday life in order to rebuild them, isolate them and play with them.”

Where In the World Is J Balvin?
GQ Magazine U.S. (Editorial)
published: March 2020