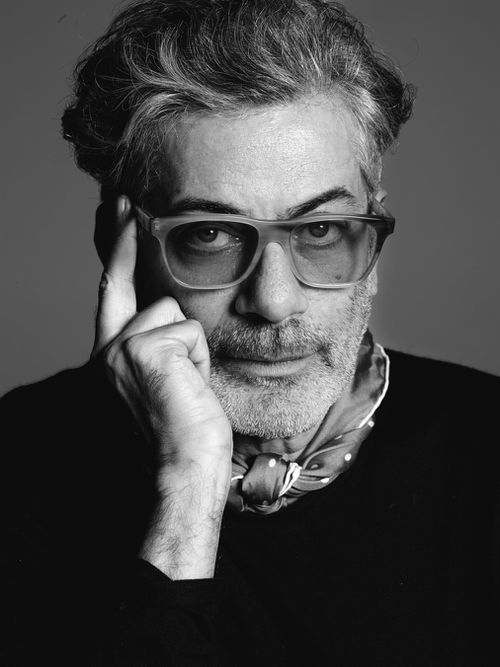 Marc Ascoli established his career in the 1980s as artistic director for Yohji Yamamoto. He has since created a portfolio of work that includes some of contemporary fashion’s most iconic images. His renowned collaboration with Jil Sander in the 1990s clinched his status as an original and sophisticated voice at the forefront of fashion and luxury. His work with brands such as Paco Rabanne, Martine Sitbon, Chloé, Hugo Boss and Giorgio Armani have further exemplified his signature visual style.

Ascoli’s acumen has led him to discover and develop many of today’s most acclaimed fashion photographers, including Nick Knight, David Sims, Craig McDean, Sølve Sundsbø and Mert Alas & Marcus Piggott. Significant projects have also been realized in collaboration with Paolo Roversi, Karim Sadli and Peter Lindbergh.

Ascoli’s achievements include brand redevelopments, advertising campaigns, editorial direction and his role as creative director for landmark books such as Chloé: Attitudes (2013), Marianne Faithfull: A Life on Record (2014), Dior: The Art of Color (2016) and Martine Sitbon: Alternative Vision (2016).

Ascoli has recently been appointed Creative Director for the prestigious London trend-setting magazine AnOther.

Through his creative studio, Atelier 32, Ascoli works across a broad range of media, offering innovative visual solutions to brands worldwide.

Even When We Sleep, We Watch Over Each O...
Another Magazine (Editorial)
published: February 2020
credits: Creative Director
photographer: Alice Neale