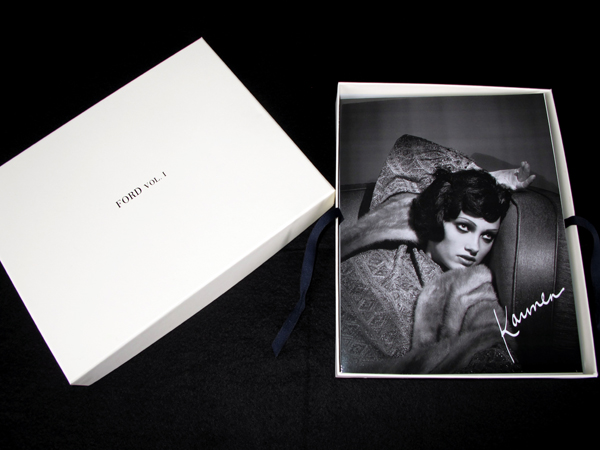 The very framework of the modeling industry we work with today was forged by the historic Ford Models. The language of “options” for clients, the idea of the model as a prime commodity, the concept of global scouting are all ideals pioneered by Eileen and Jerry Ford as they slowly built an empire. And so Paul Rowland’s premiere show package as the new head of Ford Management takes on a special poignancy. That poignancy comes from it’s retro aesthetic as, true to form, Rowland has chosen to re-imagine the Ford girl as a kind of louche 50’s socialite every bit as peverse as she is proper. Irony is the original Ford girls (sans the Rowland twist)  looked something like this, all white gloved and be-hatted. It’s instinctively clever problem solving as this show package plays with the agency’s legacy as much as it keeps Rowland’s message that fashion is not fashion until it gets twisted. It’s a move that’s bound to keep them talking but the subtext to this extravaganza (of mad hairstyles and lavish sets, twinsets and pearls) is that Paul Rowland intends to keep the new Ford proceedings provocative. As opposed to  washed out and carefully commercial. Beyond “provocation” and “extravaganza” new Ford faces like India, Sima and Olivia are perfectly poised to be major contenders this show season. Rest assured, Ford’s  courage in it’s re-branding might well find rich reward from fashion’s most directional ranks this SS11. And then that would be but Vol. 1 in the journey.