Model of the Week: Augusta Alexander is the judo champ beloved by Versace and Instagram 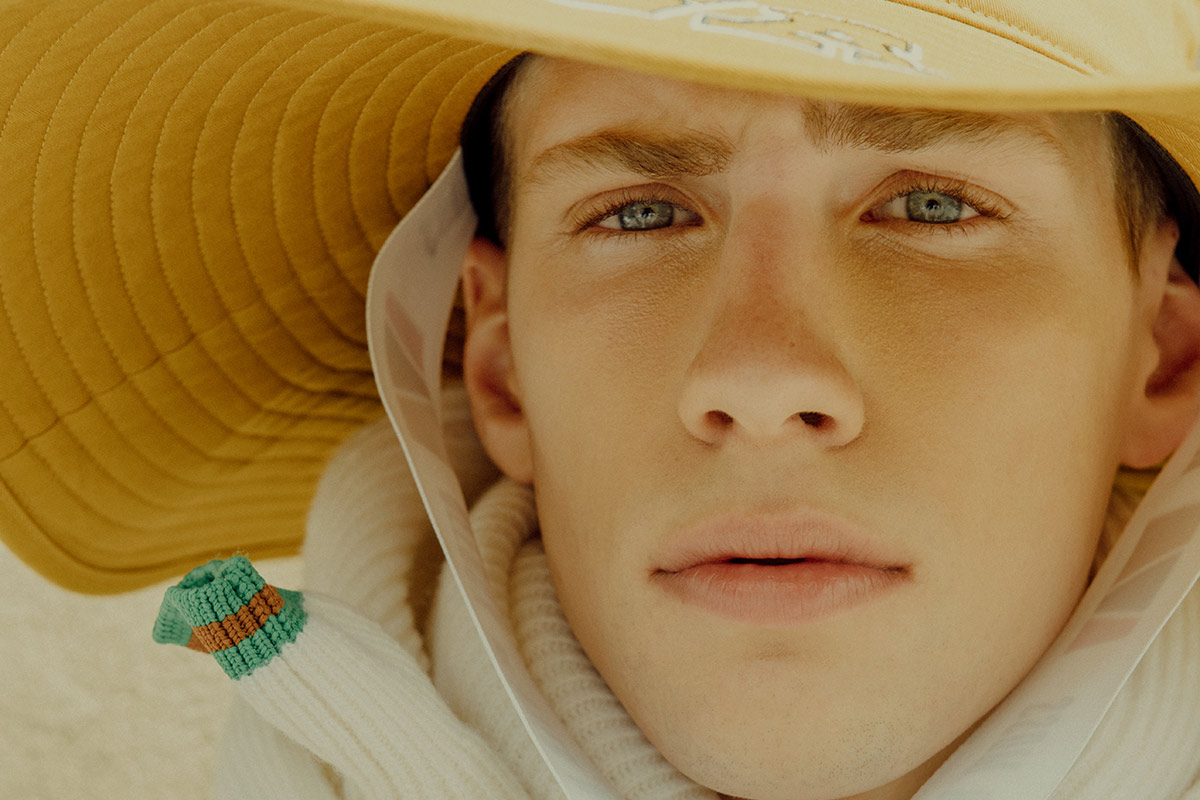 Place of Origin:
I was born in Vienna.

How discovered:
I went to the agency. A friend of mine said I should go and I went, but I was really too big then. I had too many muscles because of judo. But then I had a lot of stress in school and the head booker Kosmas Pavlos called me like half a year later and wanted to see me again, so actually, he discovered me.

What was your first modeling job?
It was the exclusive for the Moschino show. It was like two years ago. I was super nervous.

Favorite things:
I think it’s sports, possibly judo. I couldn’t live without it. I need to have the contact with other people and the sweat and to be exhausted after the sport. I really like the feeling after doing judo.

How did you get started in judo?
My grandfather was in the military and he was a judo fighter there. I saw a picture of him and that’s why I started judo. I was five when I started and I got the black belt when I was 16 or 17, so I did it a lot. I practice like four or five times a week, so quite often. I won the Austrian championships several times, that was the highest I reached. I could’ve gone to the judo school in Austria, but I decided to go to a more educational school because my parents wanted me to have a good education. Also because of modeling, they wanted me to finish school, then I could do whatever I wanted, so I decided for my education.

What are you listening to at the moment?
It’s different. I think I listen to everything, but when I’m on planes and stuff like that I always listen to German rap. It’s different from all the other rap but I like it.

Favorite movie, tv show:
My favorite movie is definitely The Wolf of Wall Street. I really like that movie, I’ve seen it like ten times. I’m obsessed with How I Met Your Mother. I know every season, every episode. It’s so funny.

Favorite designer, fragrance or beauty product:
I really like Moschino and Versace. I’m always wearing their clothes in editorials and I’ve shot a lot of exclusive Versace stories. They posted me a lot on their Instagram, so probably it’s Versace and Donatella. I think it’s Paco Rabanne 1 Million. I’m always wearing it, I’m really obsessed with it. I have really short hair, so I don’t use any products for my hair. Also for my skin, I don’t use anything. The thing is always when I try to use products for my skin I get more pimples. I just try to keep it clean.

What were you doing before modeling?
I was at school. It was a mixture of technical and economic school. It was a special school in Austria where you take one year longer to get your final exams, but now I’m an engineer so it’s the same like a bachelor’s. That’s why I did this school, I don’t have to study now to get a good job in Austria.

Favorite modeling experience so far?
I think it was a shoot for Wiener Models. We shot a really cool video for the agency because they changed. They made everything new and more modern and they made a huge video and that was a really cool experience. Then I had a shoot for Hercules in Italy and we went cliff diving so it was really cool. It was more like a vacation than a shoot and during the vacation we shot.

How did you become so popular on Instagram?
My agent always told me to do a lot of Instagram so I started posting a lot. Then I had a few videos, there was a video where I break into ice in the pool and this got nearly three million views. There’s probably a lot of followers from there. Then also Versace and Moschino posted me and they got me a lot of followers in the fashion world.

What are some of the weirdest comments you get?
There are really weird comments. I don’t know why. Some people write stuff like, I love you, I want to marry you, because they feel connected to me because I’m posting a picture every day, but sometimes I don’t feel connected to them. There are some people who comment on every picture, so I recognize them and they write me on DM every day. But the weirdest comments… some people are really rude, so I feel ashamed when my parents read them. Sometimes they are rude and they would never say this to me, face to face. They would be really scared to say these things to my face.

What’s the best thing about your hometown/country?
I think it’s Arnold Schwarzenegger. He did the American Dream. He’s from Graz and my grandma is from Graz. I really like him because he didn’t care at all at the beginning when he was really bad at English, but he became a movie star and then the governor of California, so he did really well. He knew what he was doing and he did what he loved.

Which brand would you really love to model for?
It’s definitely Steven Meisel or Steven Klein or Mert & Marcus. These three are the top so I really want to work with them once. Then my favorite brand, Paco Rabanne, their fragrance would be my target. I want to reach that.

Currently you’re obsessed with/about:
I’m obsessed with Greek yogurt with honey. It’s super good, I eat it every day. I started eating it because someone told me it’s good for your throat when you’re sick and now I’m eating like a box of honey every week.

What’s the best piece of advice you’ve ever been given?
It probably was advice from Disney. It was this thing like, look inside yourself and remember who you are. I have this sentence in my head all the time.