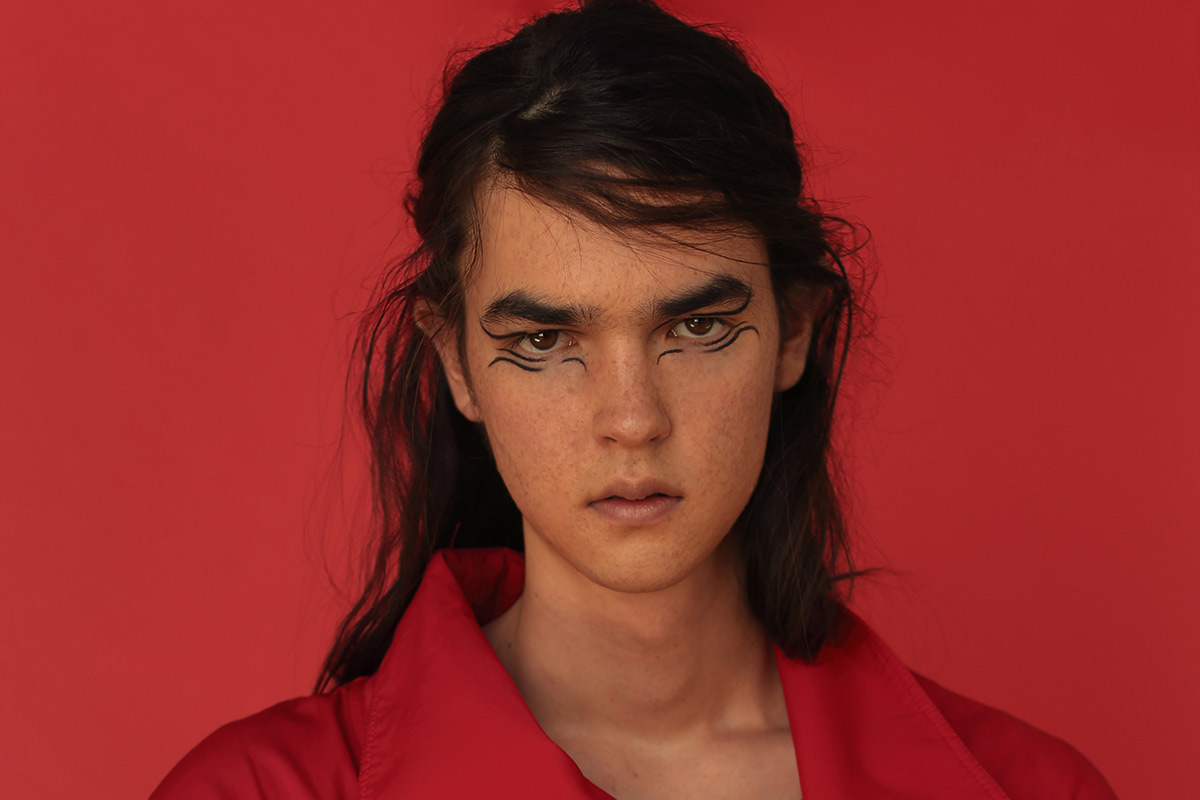 Christian was shot exclusively for MODELS.com by Franco Schicke, with styling by Nicholas Whitehouse, and hair by Vi Huynh, and makeup by Christyna Kay. Thanks to Oscar and Kevin.

How discovered:
My cousin Christine Hahn is a beauty photographer in NY. When I was 17 she told me I could model and last October she visited and brought it up again. I flew up to the city with her and by the end of the week, I met with 8 different agencies. It’s really exciting how quickly things move in this industry.

What was your first modeling job?
Opening Ceremony.

What are you listening to at the moment?
Lots of Pixies, The Smiths, and The Smashing Pumpkins and Joy Division.

Favorite movie, tv show:
I can’t really choose just one but a film I’ve been inspired by lately is Akira by director Katsuhiro Otomo

Favorite designer, fragrance or beauty product:
I’m a big fan of vintage pieces and embroidering on clothing to make it my own. Since I’ve walked for Calvin Klein, I’ve been reading a lot about Raf Simons and his history.

What were you doing before modeling?
I was in Savannah, Georgia working as a house painter and general contractor.

What would you be doing if you weren’t modeling?
Probably still painting houses and drawing spaceships. I definitely want a career in the arts, perhaps designing sets or doing concept art for films or video games.

What’s something uncool that you love anyway?
I like Crocs.

Favorite modeling experience so far?
After a couple days of living in New York, I got booked on a Prada campaign and that was really exciting to go to Los Angeles for the first time and shoot with Willy Vanderperre. My first show ever was a Prada exclusive in Milan which was extremely exciting and nerve-wracking since I had never walked or been to Milan.

What’s the best thing about your hometown/country?
My hometown Bloomingdale, Georgia is a rural town off Savannah. Savannah is full of rivers, marshes, and swamps that are ripe for exploration. Growing up I was surrounded by beautiful woods and fields for miles. I miss wandering around, surfing Savannah beaches, and riding motorcycles with my family.

Which brand would you really love to model for?
Gucci and would love to continue modeling for Raf Simons x Calvin Klein

Currently you’re obsessed with/about:
Lots of older science fiction illustrators such as Jean Giraud, Richard Corben, and Philippe Druillet. I get lots of inspiration from their work.

What’s the best piece of advice you’ve ever been given?
Listen 70% of the time, speak 30%