Model of the Week: Arun Gupta is a Singaporean student who has walked for Vuitton and Kenzo 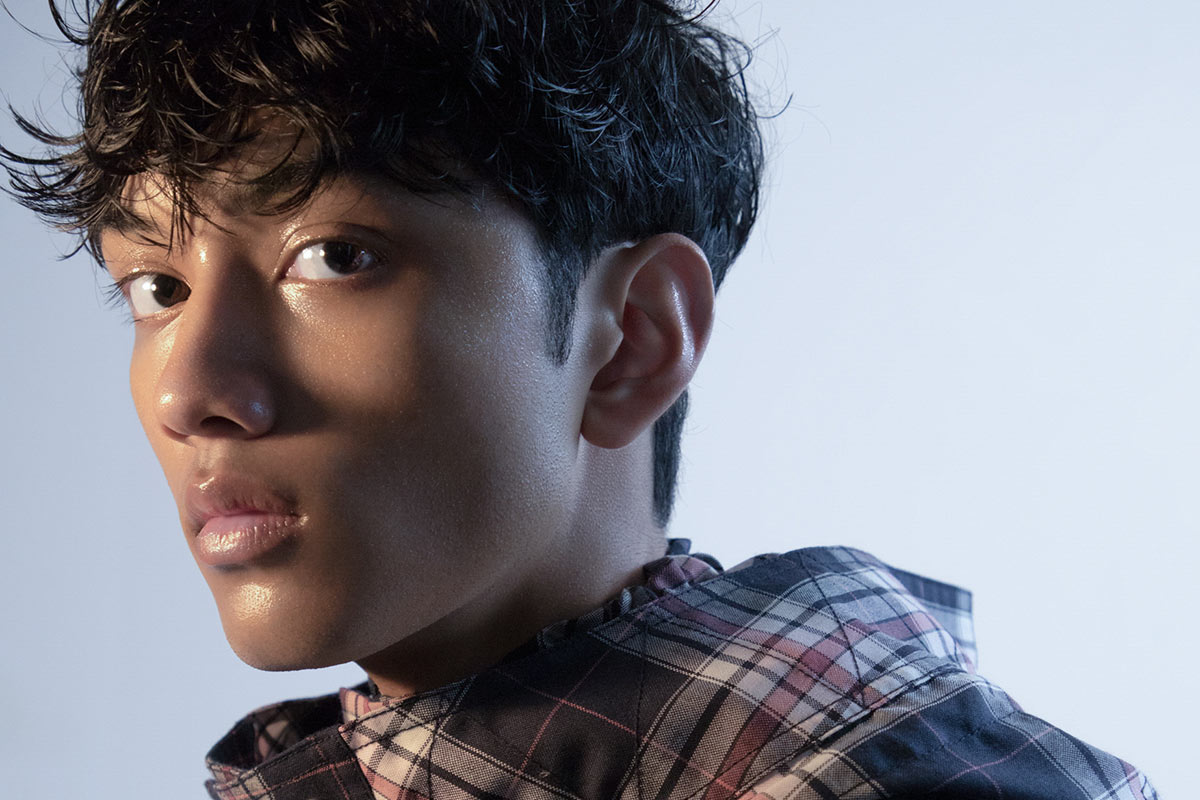 Arun was shot exclusively for MODELS.com by Kay Sukumar, with styling by Jay Duong (assisted by Deimante Sprainaityte), and hair and makeup by Zahra Ramees. Thanks to Rosie and Alex.

Place of Origin:
I’m from the Bayshore Park area in Singapore.

Birthsign:
My zodiac sign is Libra, and funny enough I can be SUPER indecisive at times.

How discovered:
I was walking somewhere in the East Village area in NYC with my friend Adam, and Dave came up and asked me “have you ever thought about being a model?”, gave me his card, and told me I had to come into the agency the next day. I came in the next morning, signed, flew back to London, and the rest is history :D

What was your first modeling job?
My first job in this industry was the SS18 lookbook for KENT AND CURWEN. I still remember that shoot like yesterday; Yes, I was nervous but not extremely. We shot in the Holborn area in an abandoned university building. The vibe of the shoot was athletic schoolboy, so we wore blazers, cricket sweaters, and chinos. Here I made some of my first friends in the industry and worked with some of fashion’s most creative and innovative talents, like Alister Mackie, Jess Hallett, and Daniel Kearns. I couldn’t have asked for a nicer first job :)

Favorite things:
I love clothes: all types. I’m so grateful that I get to work with such amazing brands that let me rock their clothes for shoots and shows. As well, I like looking at my closet and seeing what crazy but wearable fits I can create. Clothes are a contemporary form of expression. Oh, and some other things I can’t live without are coffee, Netflix, travelling the world, and music. And of course, can’t forget my family and friends

What are you listening to at the moment?
I like hip hop. A$AP ROCKY, TRAVIS SCOTT, MIGOS, KENDRICK LAMAR, VINCE STAPLES, MADEINTOKYO, TYLER THE CREATOR, KODAK, RAE SREMMURD, GUCCI MANE, PLAYBOY CARTI, 2CHAINZ, the list goes on and on but I think you get me. I grew up listening to all types of music tho, so I mix in some ARCTIC MONKEYS, MGMT, and even the occasional FRANK SINATRA or NAT KING COLE. There’s so much good music out there.

Favorite movie, tv show:
I love movies, but I’m more of a series kind of guy. I was straight up addicted to BLACK MIRROR recently… watched the new season in a night :P In the past, I’ve binged BREAKING BAD, STRANGER THINGS, MAD MEN, SUITS, and the first few seasons of THE WALKING DEAD, among so many others.

Favorite designer, fragrance or beauty product:
I’m more of a streetwear kind of guy: SUPREME, OFF-WHITE, PALACE, GOSHA RUBCHINSKIY, and so many more… but of course, being surrounded by high fashion, I can’t help but love some designer brands too. BALENCIAGA, LV, and FENDI are some of my favourites but I have such an immense love for all high fashion. There’s so much that goes into a high fashion collection; time, energy, and creativity.

What were you doing before modeling?
I was at University in New York City before modelling.

What would you be doing if you weren’t modeling?
I honestly have no idea what I want to do after this: I’m more focused on living in the present and creating happy memories. If I wasn’t modelling, I’d probably be at Uni.

What’s something uncool that you love anyway?
Sometimes I play way too many video games :P I also sing and dance in the shower :D

Favorite modeling experience so far?
Last summer in August, I was lucky enough to be flown out to Berlin to participate in a bunch of shows for the BREAD AND BUTTER festival. To date, that week in Berlin has been the most insane week of my life. From walking around the city centres of Berlin, staying in the same hotel with all the other models – some of them my closest friends, going to Berlin’s techno filled clubs, and of course, walking the shows themselves. That was an unforgettable time in Berlin, big thanks so much to the team at BREAD AND BUTTER for bringing me out!

What’s the best thing about your hometown/country?
I live just outside London, in Surrey. So I’m gonna call Guildford, Surrey my hometown. The best thing about Guildford is that it’s a break from the city; it’s much less noisy, much less busy, and very green :) I spend a majority of the time going in and out of London, so I definitely get a healthy mix of both the city and suburbs.

Which brand would you really love to model for?
I would really love to shoot with Alasdair McLellan. I would also love to walk for BALENCIAGA, GUCCI, and BURBERRY but I must mention that I am so grateful to all the brands I have already walked for and worked with. To all the casting directors, photographers, designers, and agencies that saw the potential in me and believed in me THANK YOU SO MUCH

Place you would love to visit:
I’ve never been to Los Angeles but I’d love to go.

Currently you’re obsessed with/about:
Currently, I’m just obsessed with living and enjoying the moment. The opportunity I have been given is insane, and so I just want to be appreciative and remember these times while they last :)

What’s the best piece of advice you’ve ever been given?
Keep your expectations in check. Don’t expect too low of yourself, but at the same time don’t feel entitled to anything. My dad gave me that advice when I first got scouted. In fashion, everything is a mystery and things happen spontaneously and at the last minute. Maintaining a level-headedness with a good level confidence is really important, IMO.