Model of the Week: Joshua Lord has gone from Legoland to Stone Island 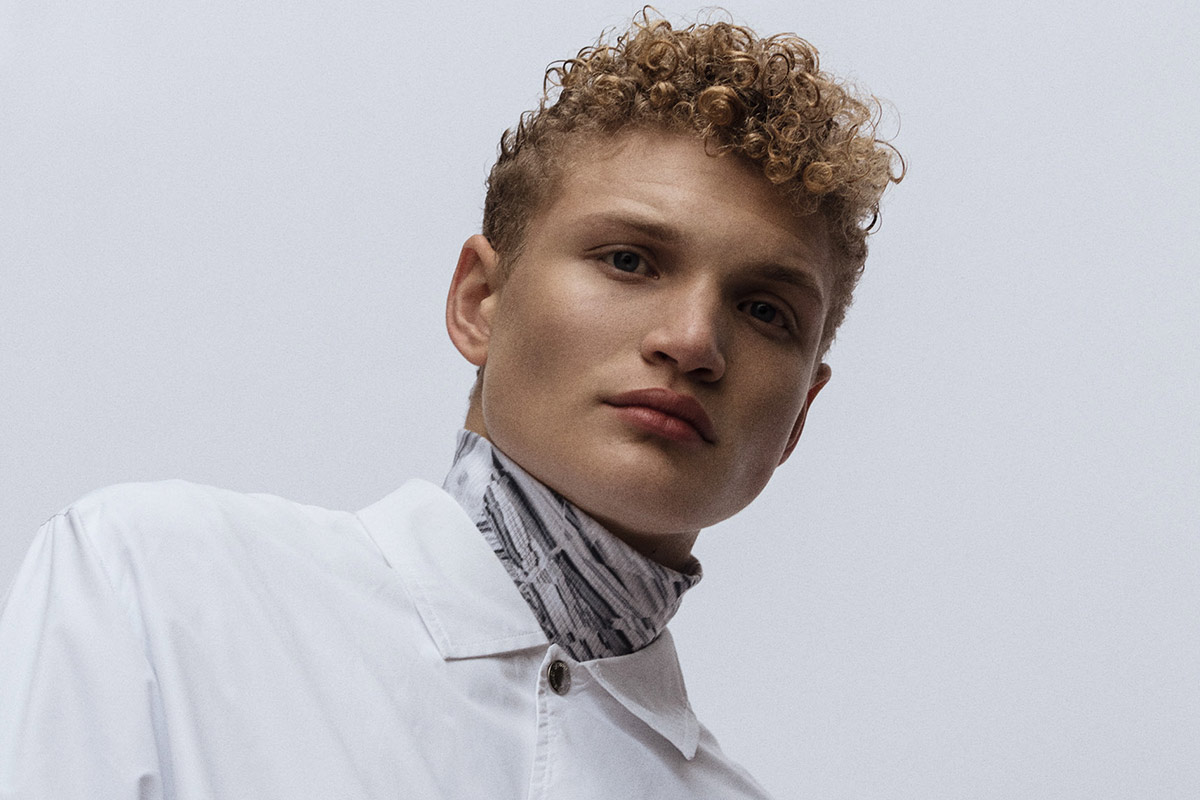 Joshua was shot exclusively for MODELS.com by Alexander Bello & Josefine Bäckström, with styling by Maggie Chinchilla, and hair and makeup by Jessica De La Torre. Many thanks to David and Ida.

Place of Origin:
I’m a born and raised in North London, UK. But now I’ve lived in Stockholm, Sweden since I was 12 years old

Ethnic Origin:
My mother (ex model) (proud) is from Sweden and my father is Nigerian and Maltese but also born and raised in London

How discovered:
I was discovered in Stockholm in 2015 when I was at a festival called ung08 (translated to young=ung stockholm=08). This event was for people aged 14-16 and this made this “older” women look out of place. Anyway, I was being cool in front of my friends and was the only one not dancing. This is when she came up to me and asked if I wanted to become a model and to come into the agency. So I did what any cool 15 year old would do and gave my mum’s details to her.

What was your first modeling job?
My first first first job was an advert for LEGOLAND in 2008 for a new viking ride in London. When my mum went for the casting I was often dragged along. For LEGOLAND they were casting for a family of 4. As the casting director came out she noticed this long haired strange looking Swedish viking boy (me) and she casted me and my mum at the same time. In the end my mum didn’t get the job and I did!

Favorite things:
I can’t live without my Nike Air Force 1s and my mum.

Favorite movie, tv show:
My all time favorite movie has to be Inception and the TV shows I’m watching are Ricky and Morty and Bates Motel.

Favorite designer, fragrance or beauty product:
This is really hard, I like most designers. As an art form it is about emotions and feelings, made through clothes. It’s the same for every art form.

What were you doing before modeling?
I was in school and I’ve got my last year as an art student in college.

What would you be doing if you weren’t modeling?
God, I love so many different things, I play basketball 4 times a week and love it, I would have probably pursued basketball more professionally but now I have my eyes on architecture and acting.

What’s something uncool that you love anyway?
My best friend Kevin

Favorite modeling experience so far?
I loved shooting for Stone Island but every single shoot has been memorable.

What’s the best thing about your hometown/country?
I can’t say the weather but Sweden has amazing water and air.

Which brand would you really love to model for?
God where does this list stop, I would love to shoot for YSL, Gucci, Nike, Dsquared 2, Armani.

Place you would love to visit:
I haven’t been to New York or Japan yet so I’d love to go there. I’m interested in the fast paced life style of New York and traditional Japanese culture.

What’s the best piece of advice you’ve ever been given?
Every choice has its consequence.