Model of the Week: Anton Herasymov 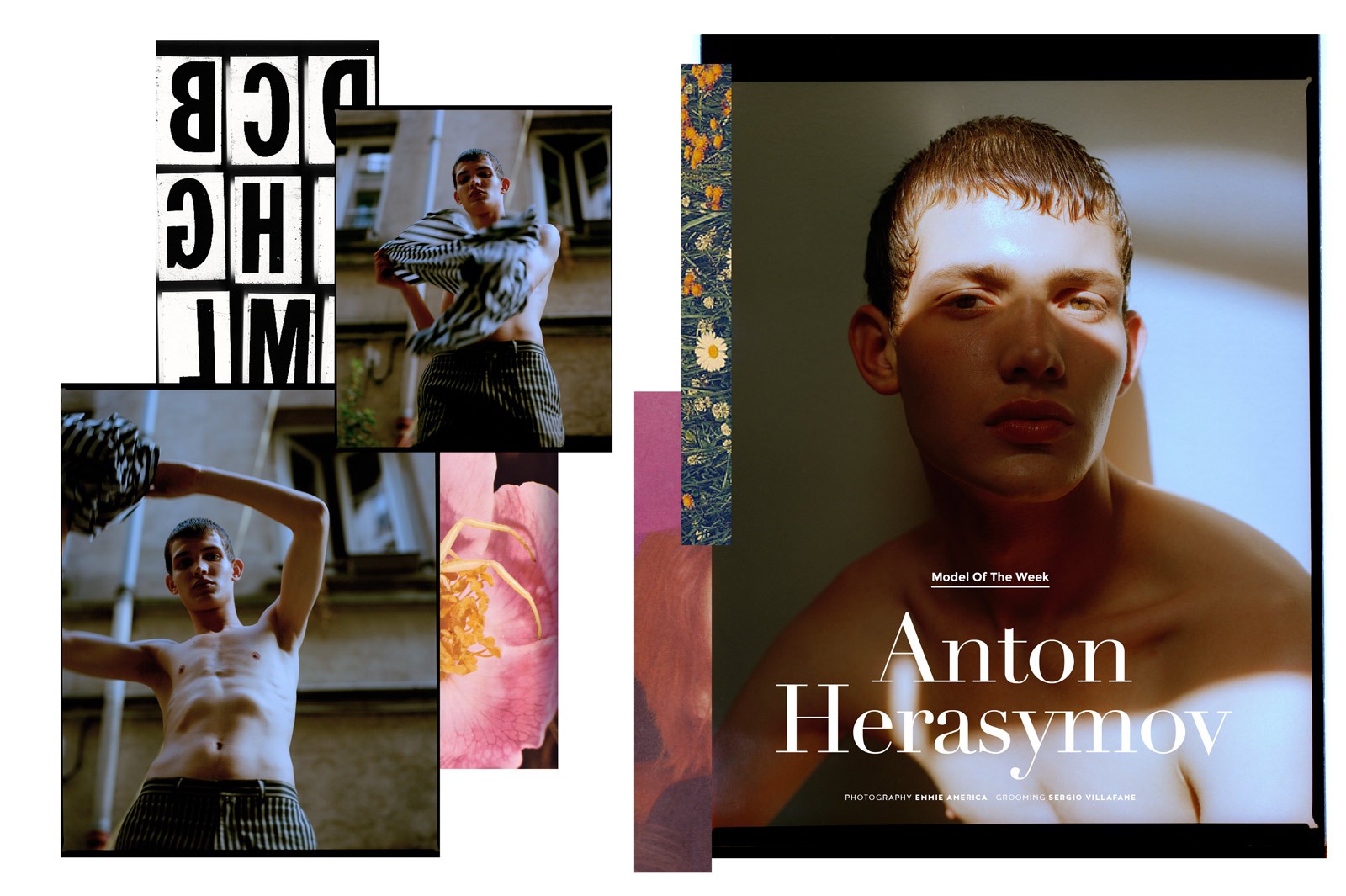 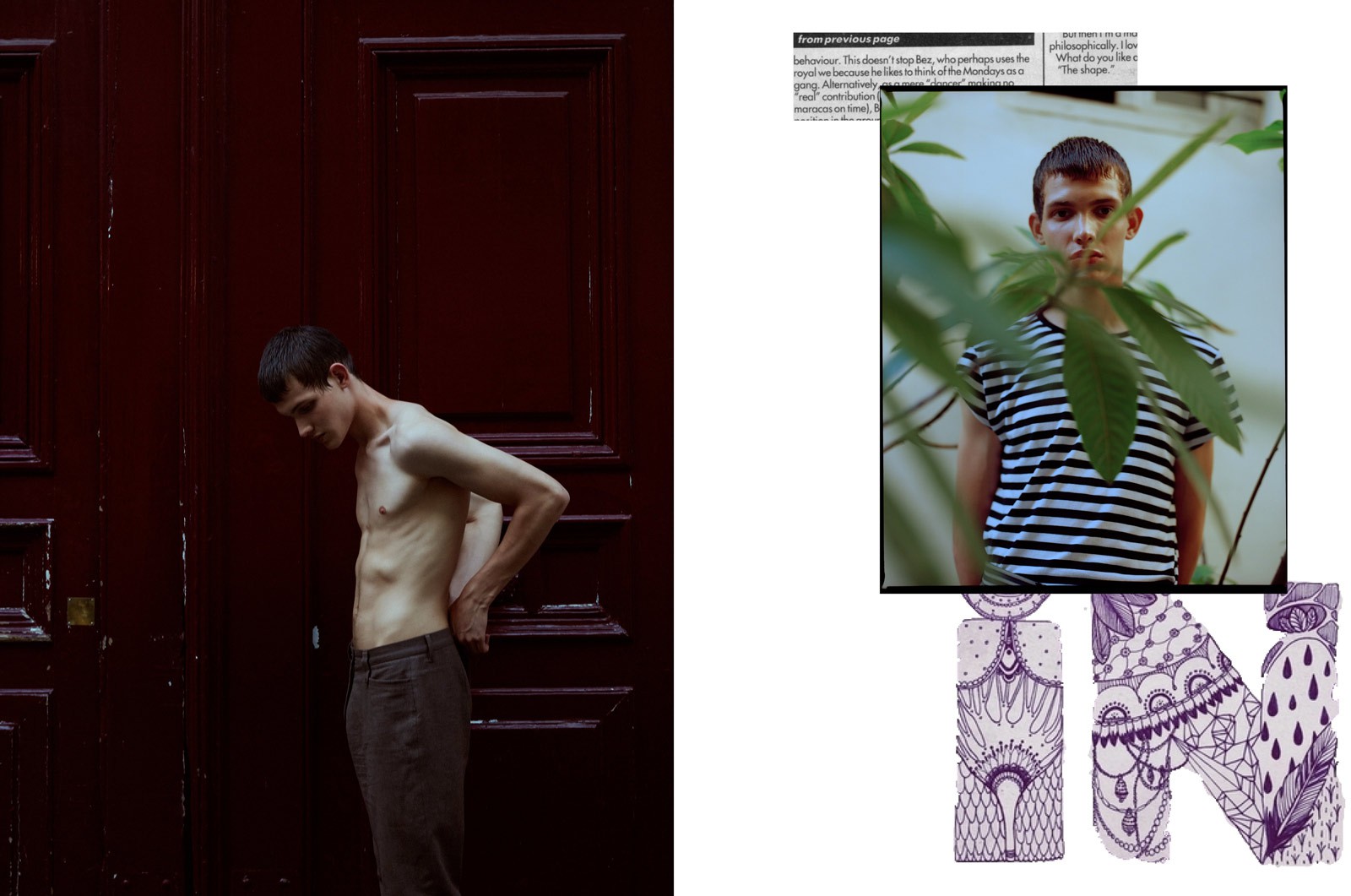 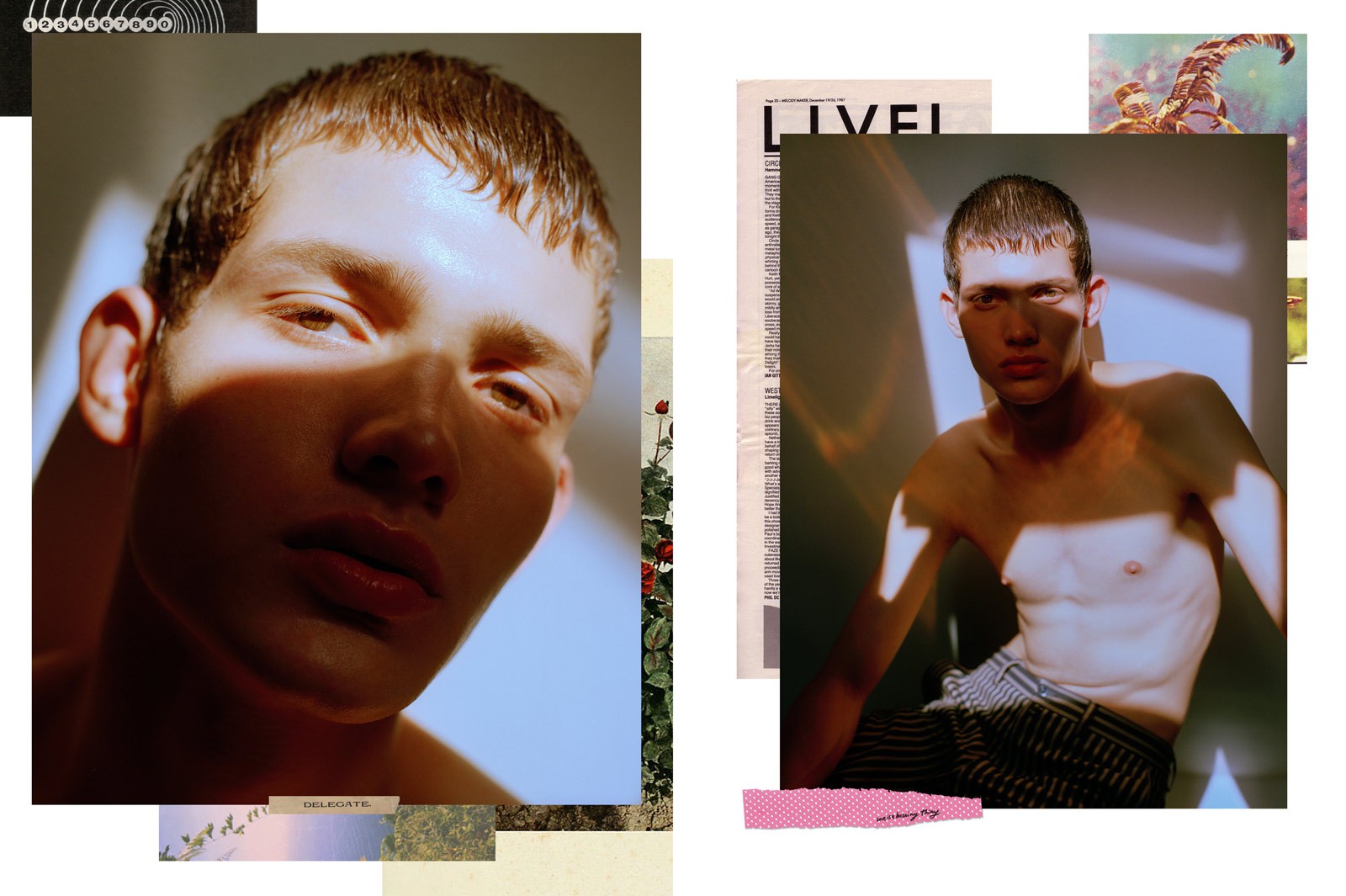 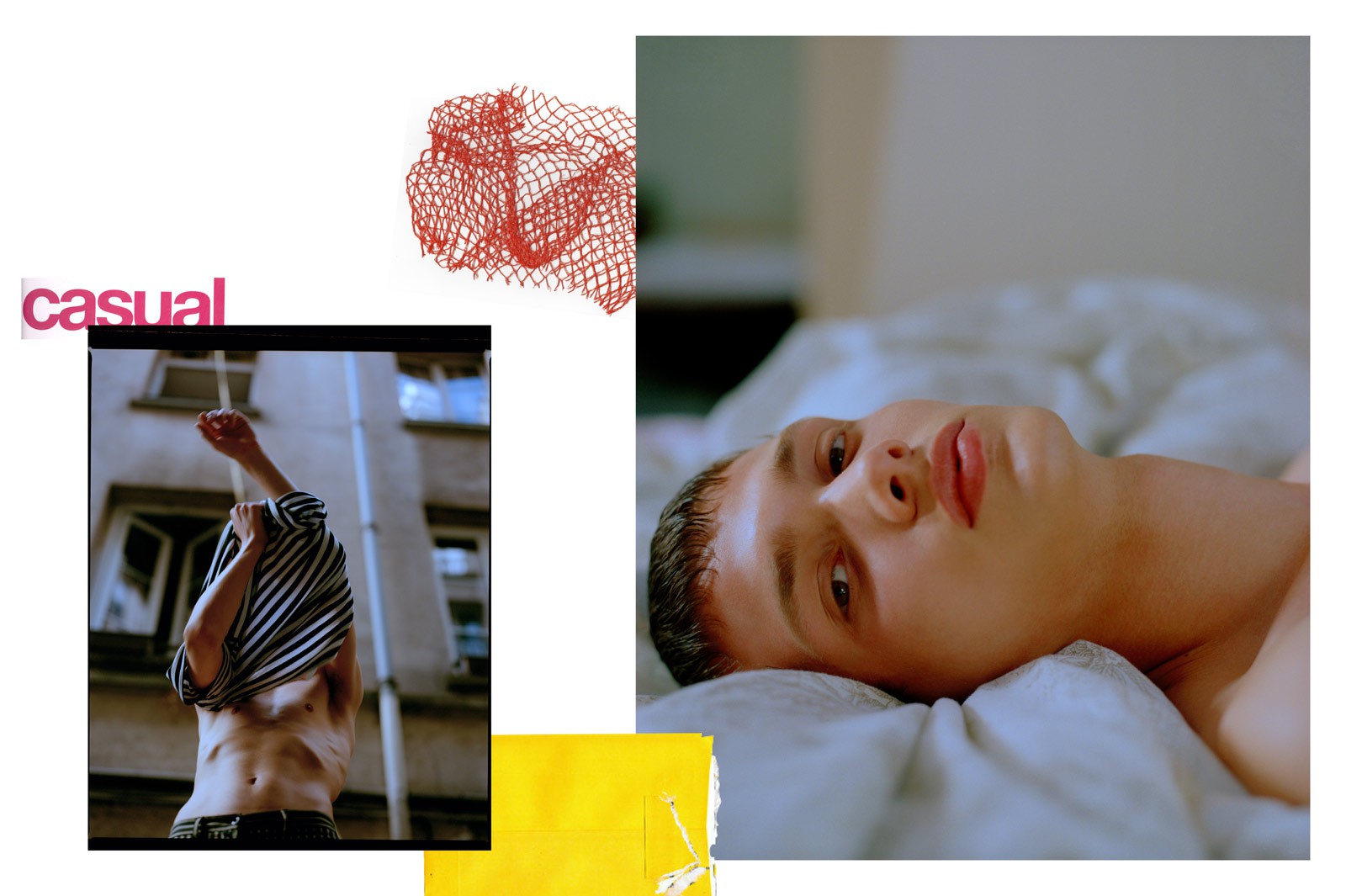 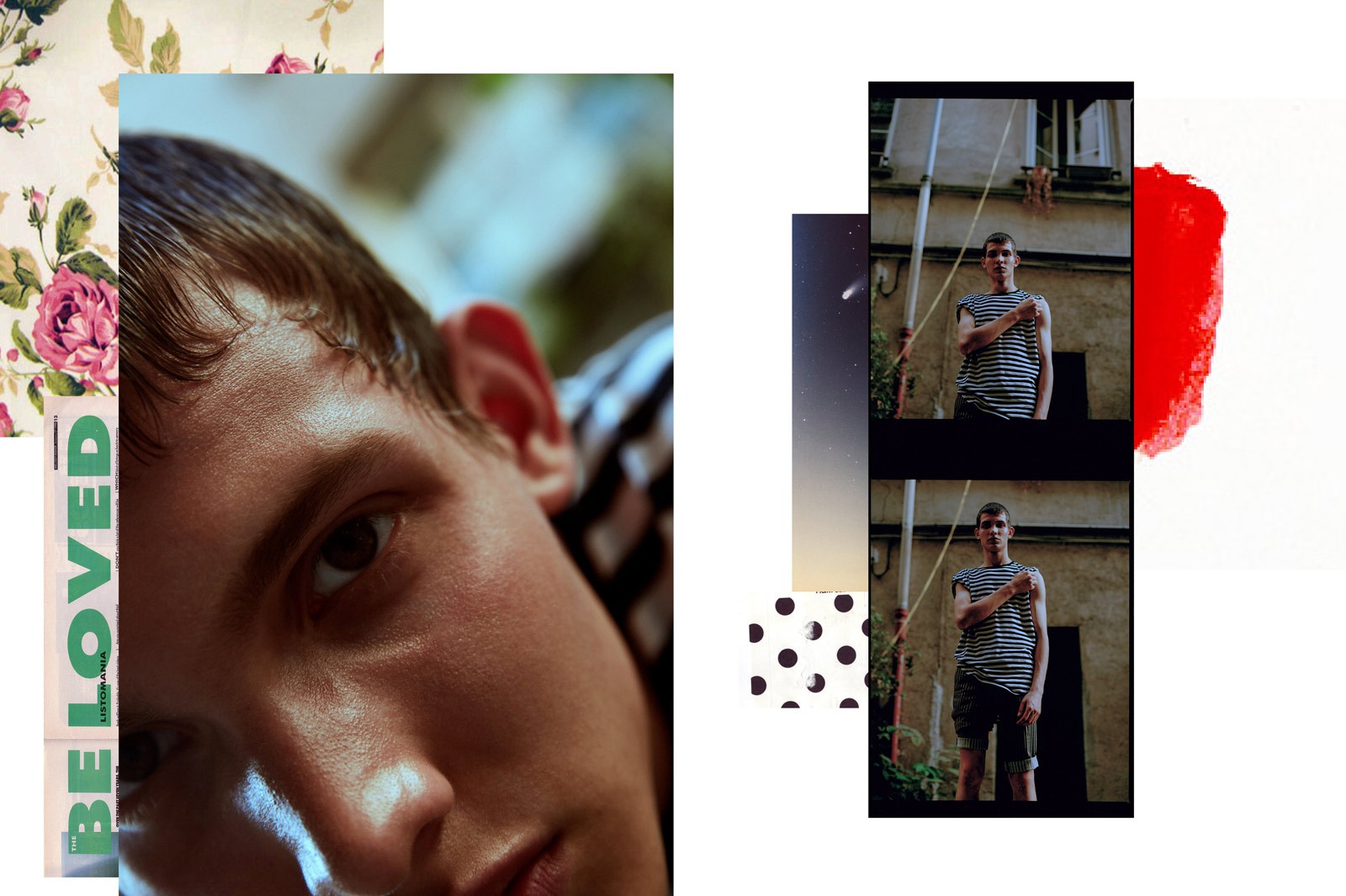 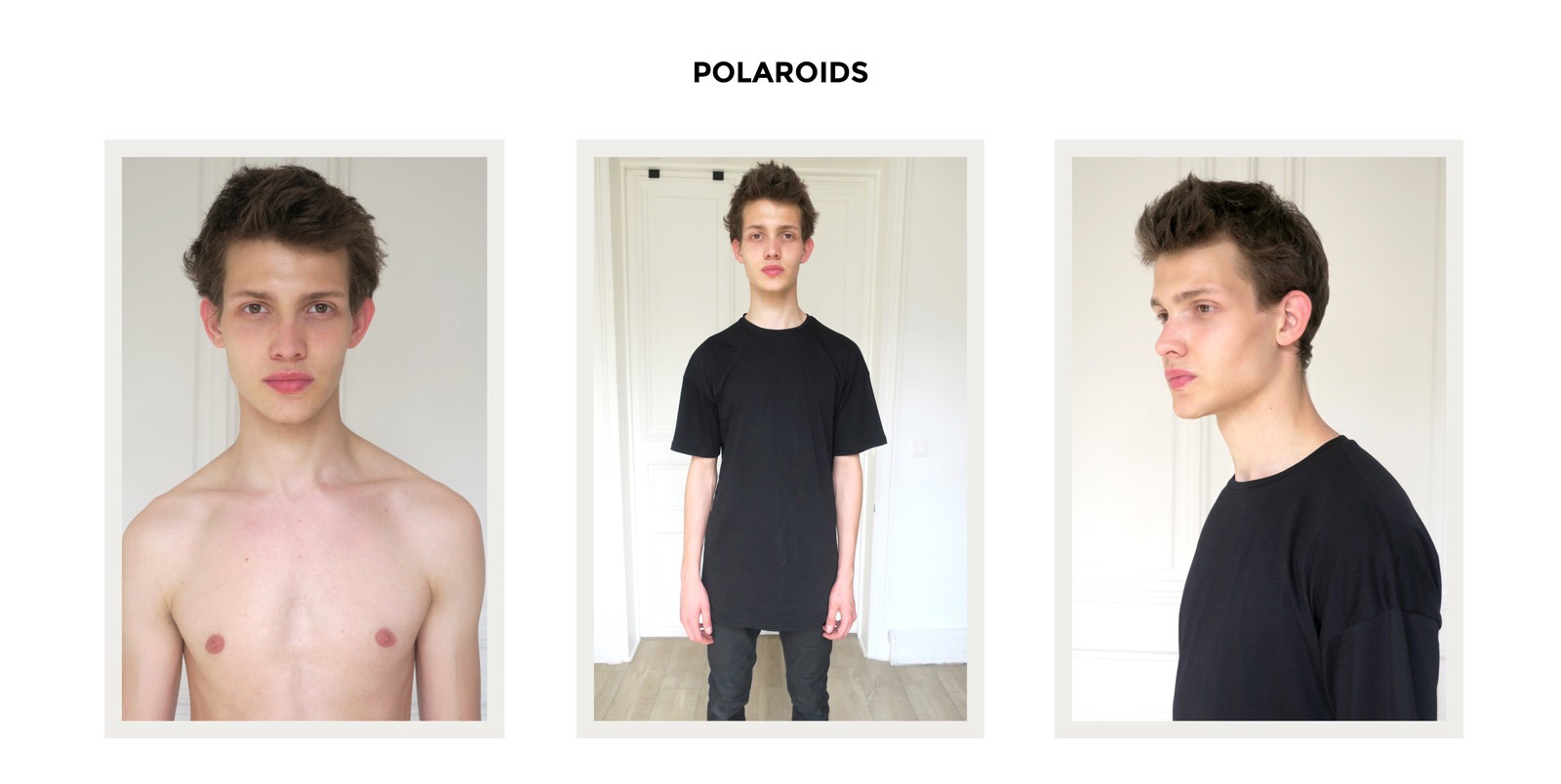 Anton was shot exclusively for MODELS.com by Emmie America, with grooming by Sergio Villafane. All clothing model’s own. Special thanks to Alexis Maheo.

How discovered:
I was discovered by a scout and photographer of STARSYSTEM in Kiev. He first scouted me on a social network and offered to take a few pictures. Afterwards, he introduced me to STARSYSTEM.

What was your first modeling job?
It was going down the runway for Prada exclusive. And yes I was nervous, although, for some weird reason, it felt like deja-vu. It was really exciting.

Favorite things:
I like challenges. When someone gives me a task that looks like I can’t to do it, it gives me ants and chills! And I feel my life will never be the same after you accept and fulfil this challenge.

What are you listening to at the moment?
Pink Floyd, Gorillaz, AC/DC, Nirvana and also I like hip-hop – Kanye West, Asap Rocky, Tyler the Creator

Favorite designer, fragrance or beauty product:
No doubt about my answer here : Gucci and Hugo Boss. I really like their style.

What were you doing before modeling?
I was studying acting in Kiev. You know… being a student in Eastern Europe. Quite different than being a model in Paris / Milan! lol Actually, I have always been acting… since my youngest age.

What would you be doing if you weren’t modeling?
Now I’m doing  modeling and I enjoy it. Acting is definitely what I would do instead or after – although I feel it could go together at least for a while ! Otherwise… maybe I could be a pretty cool farmer :)

What’s something uncool that you love anyway?
Lately I have been interested in the Scandinavian people, when they were Vikings and achieved so much. There are so many details about them that I am amazed at.

Favorite modeling experience so far?
Not really modeling, maybe more acting… Once I was shooting for a music video in the desert and the director asked me to sit down in a metal box. I was supposed to act like an animal. It was a long shooting and it was sooo hot there. In the end, while the camera was rolling, I lost consciousness… but that’s when the director screamed – “Perfect! It is exactly what I wanted to see!” Yeah well, was great but hell I had fainted for that! Still stays as a good memory.

What’s the best thing about your hometown/country?
My family. They always wait for me at home and it’s so nice. Maybe that’s a Ukrainian way of being! :)

Which brand would you really love to model for?
As I mentioned before, I would love to work for Gucci and Hugo Boss. I also like some brands such as H&M and Bershka. Would of course love to shoot for Vogue but also for Fucking Young magazine. I really hope to someday shoot with David Sims or Karim Sadli… or with the legend director Paolo Sorrentino (maybe he needs someone with a Russian accent – it is very “trendy” in America, no? haha).

Place you would love to visit:
I liked Paris very much, it’s fabulous. So I would like to see all other famous capitals and especially – NYC. Also I would like to travel to Africa, I would like to be there like a volunteer. So if you know of opportunities, please let me know :)

Currently you’re obsessed with/about:
I am really focused on modeling now with castings and jobs. However the world is big and I am craving to see all of it and to meet a lot of people, and different people.

What’s the best piece of advice you’ve ever been given?
There are two that have been with me since I heard them. The first one comes from a movie director I met once: “All you are thinking of is reflected in reality.” And the second one comes from the movie Youth: “Let’s not get carried away with truthfulness. Remember that fiction is our passion.”