Model of the Week: Zoe Barnard 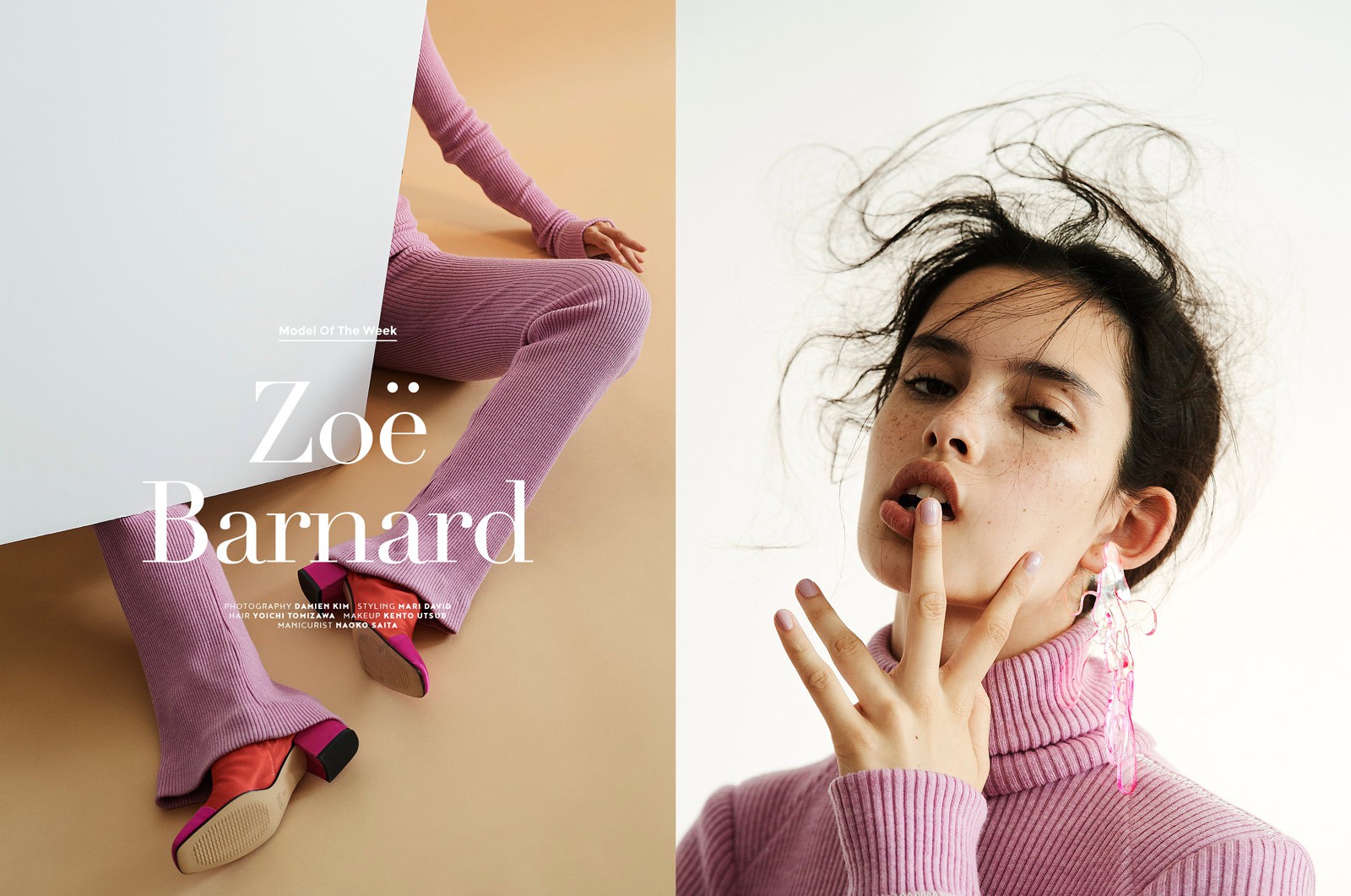 Jumpsuit and earring by VÉRONIQUE LEROY, boots by CAREL PARIS. 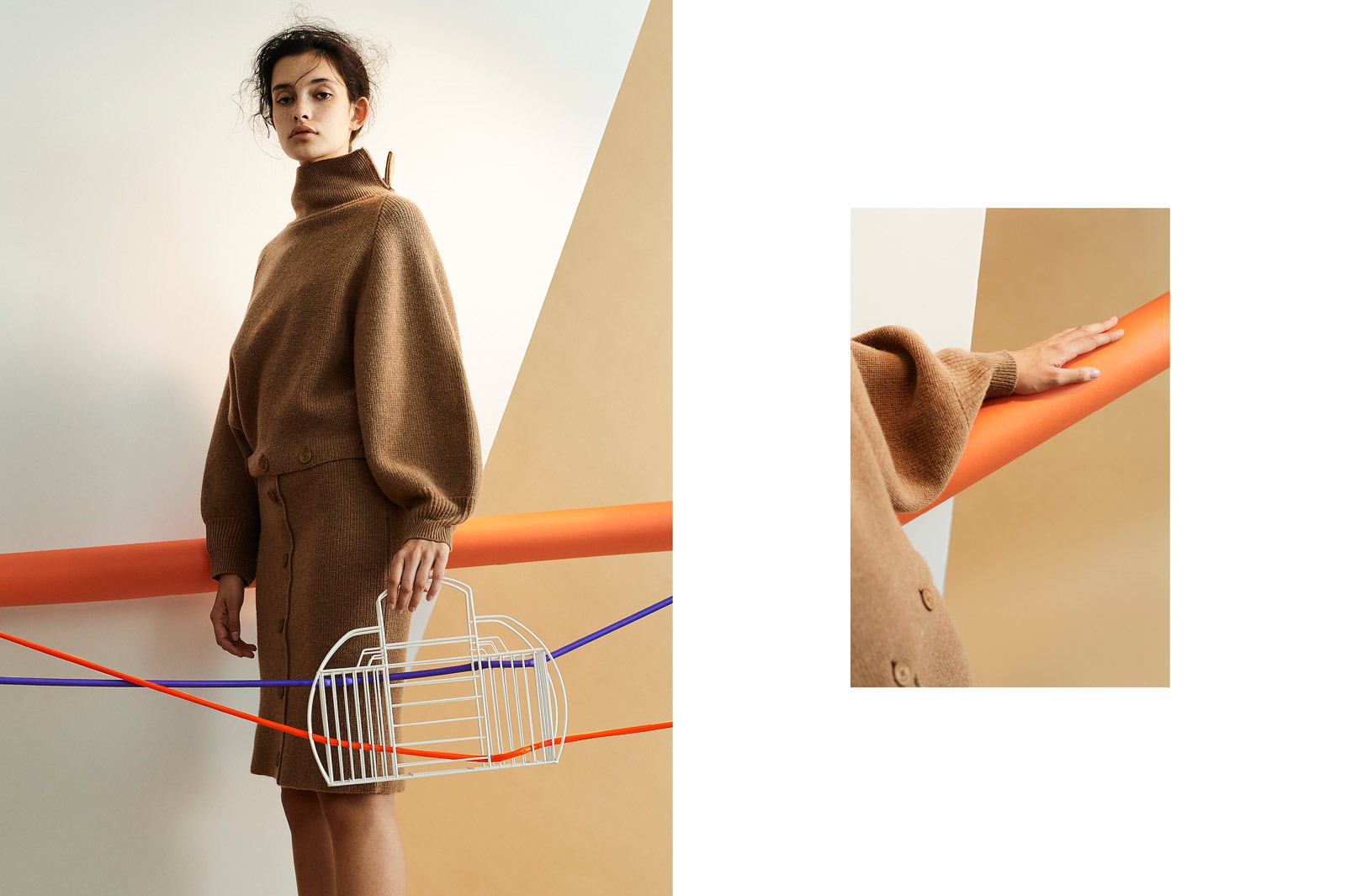 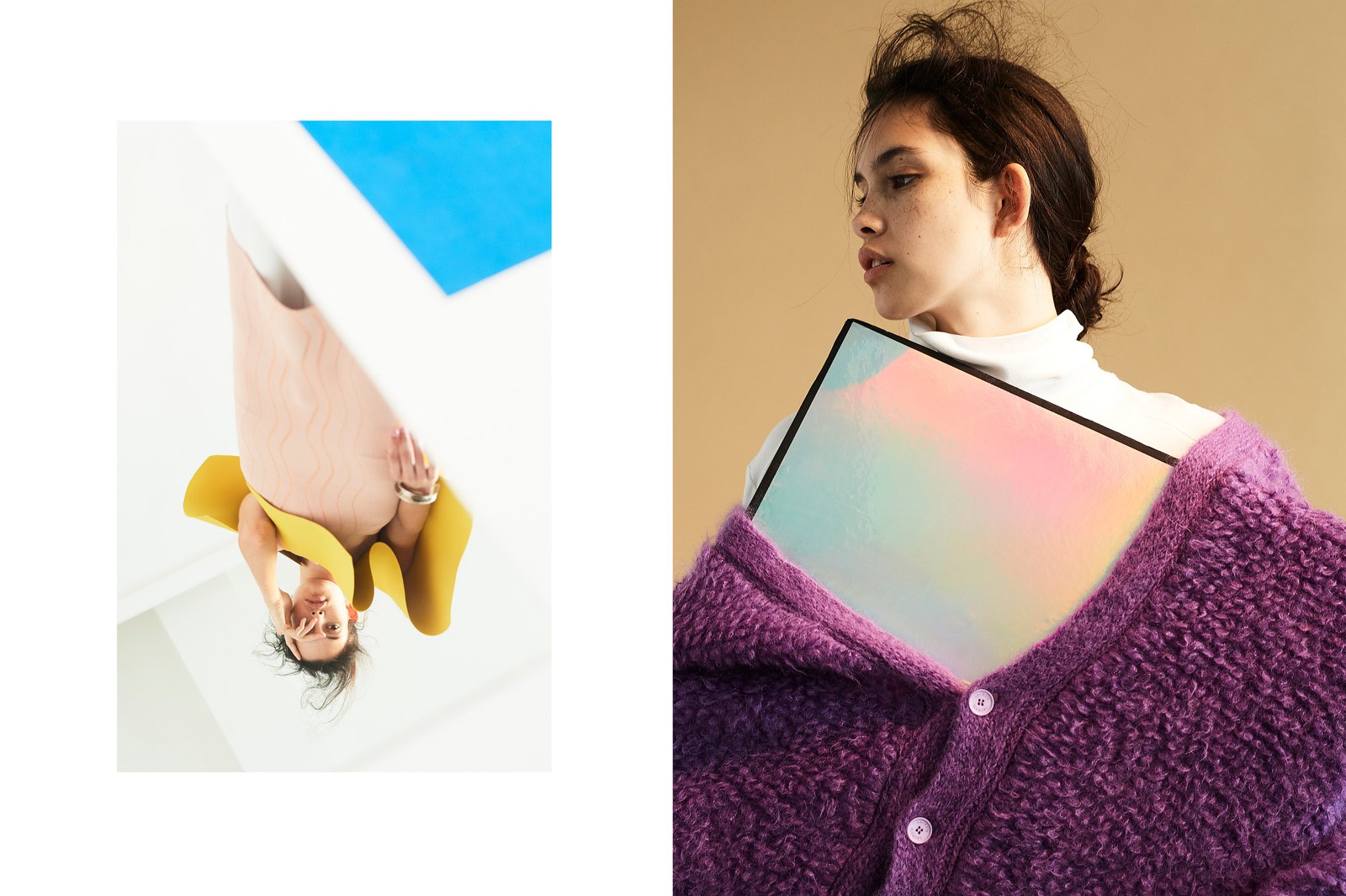 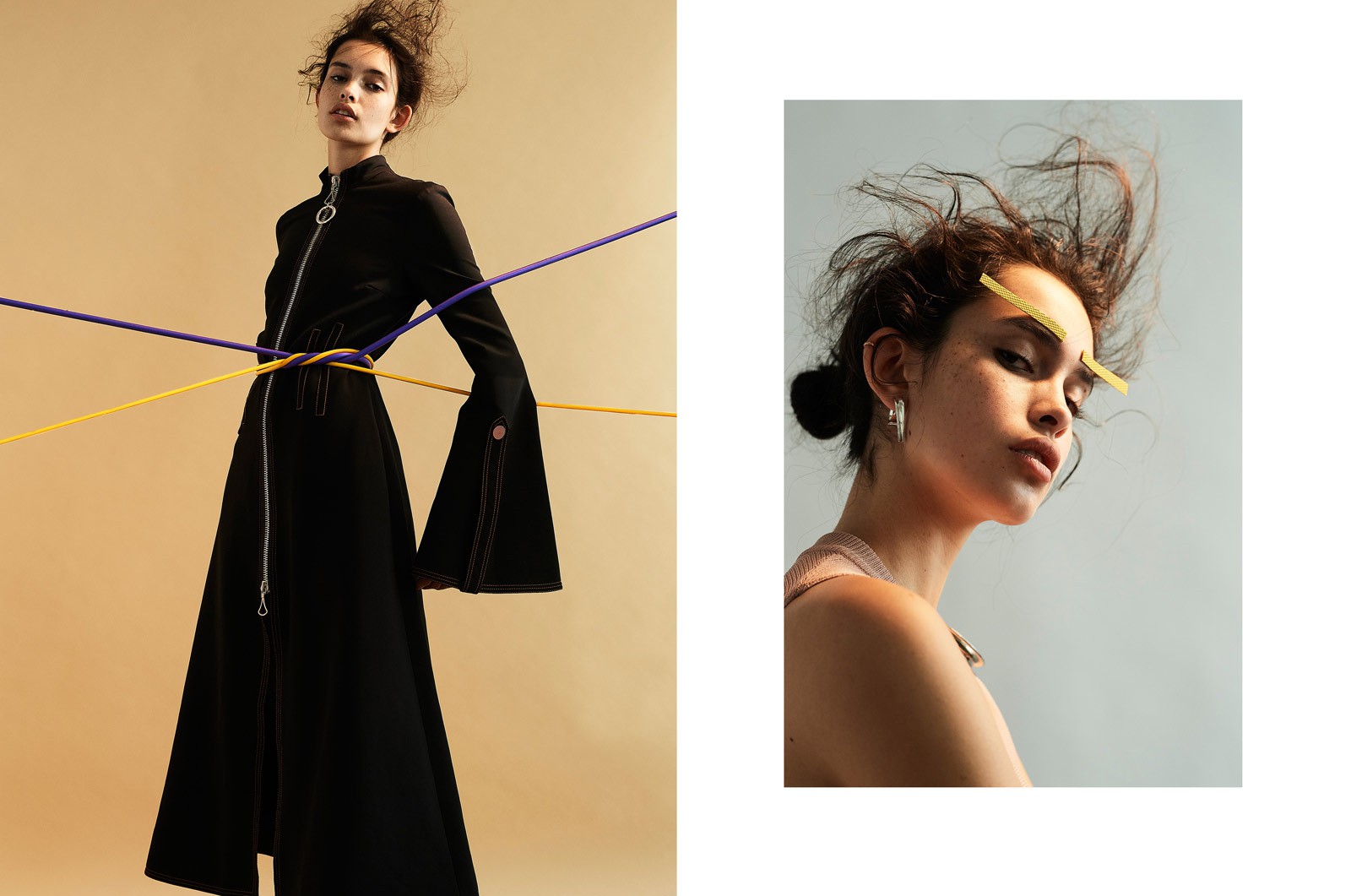 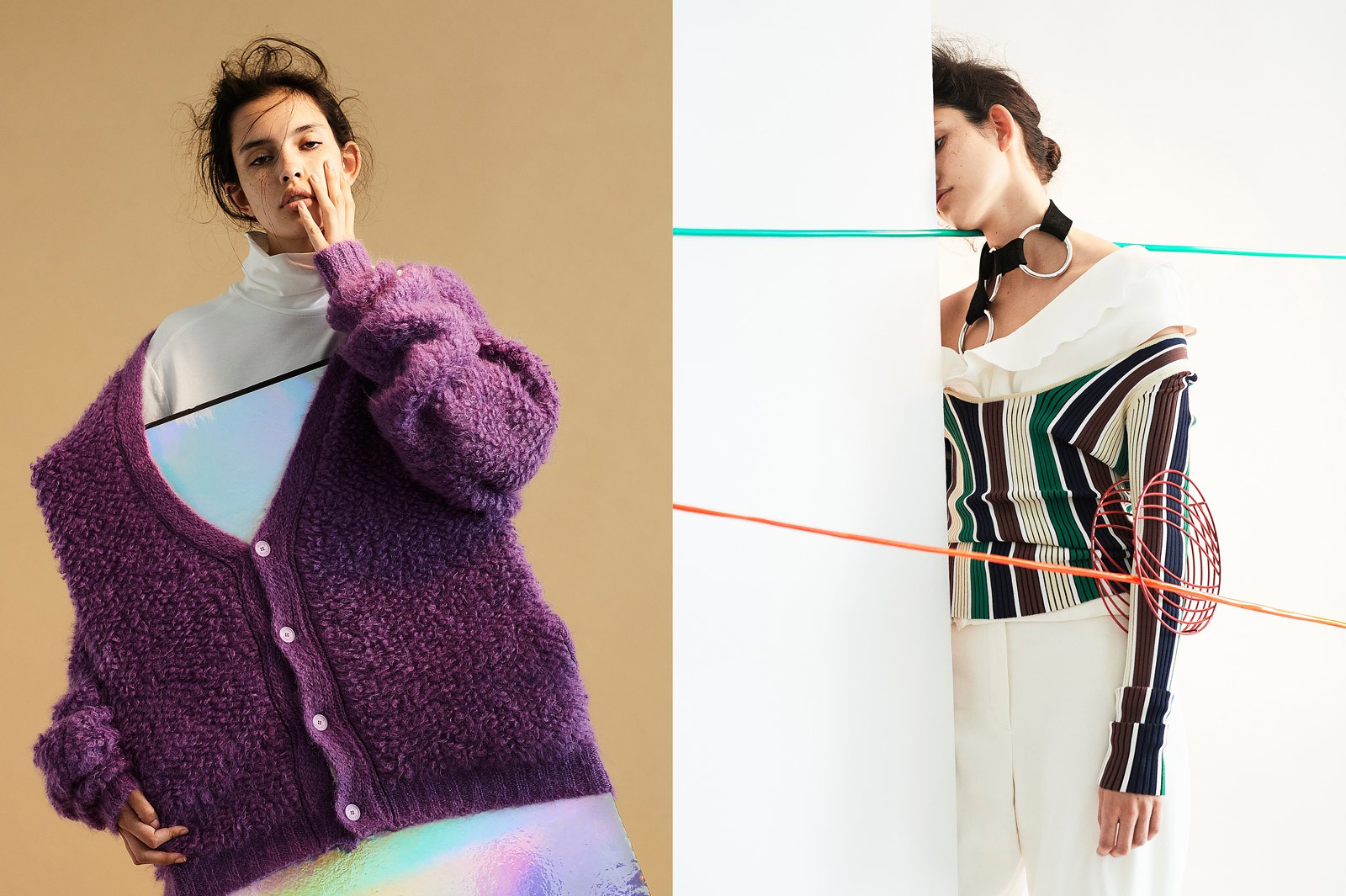 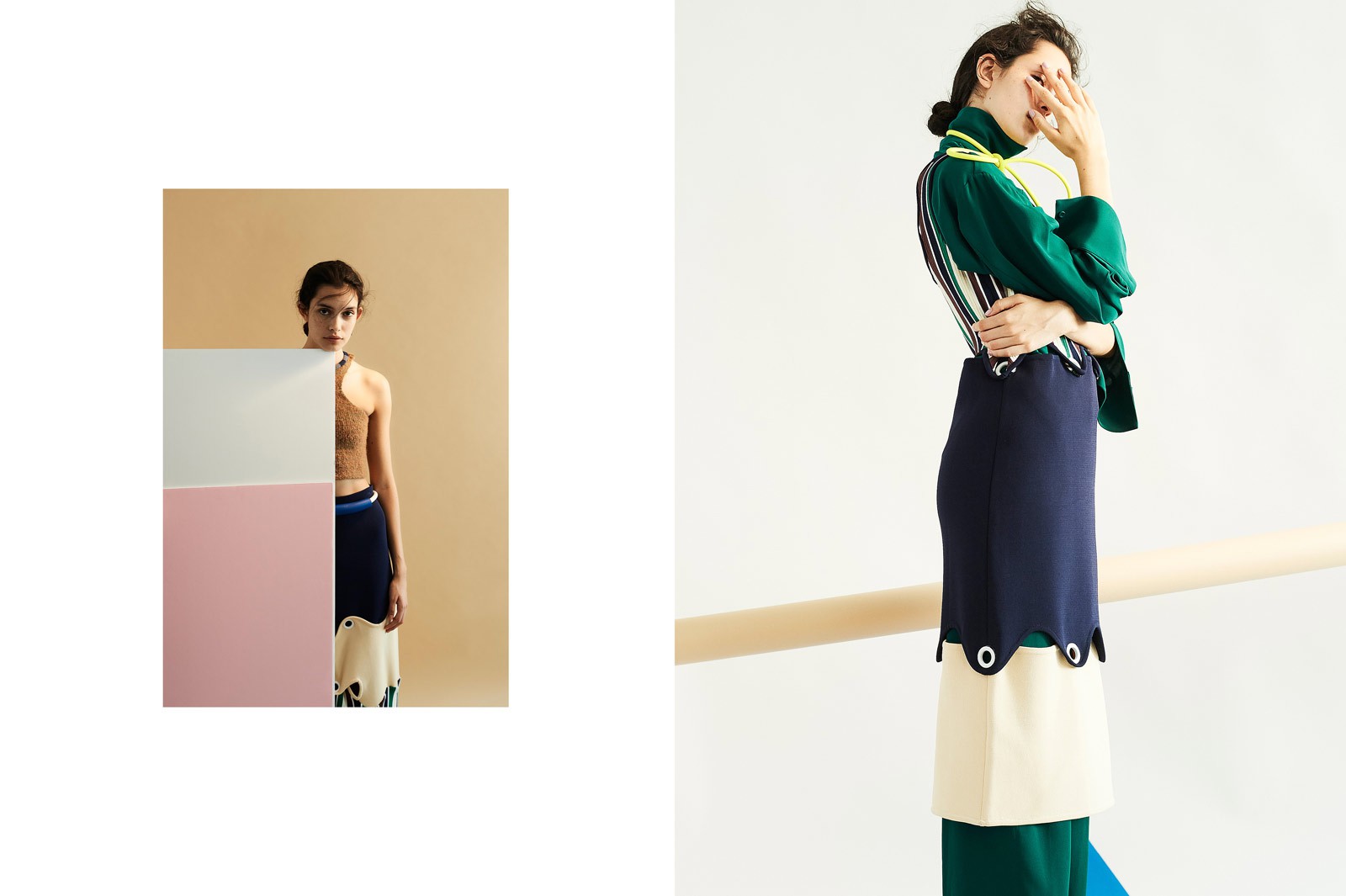 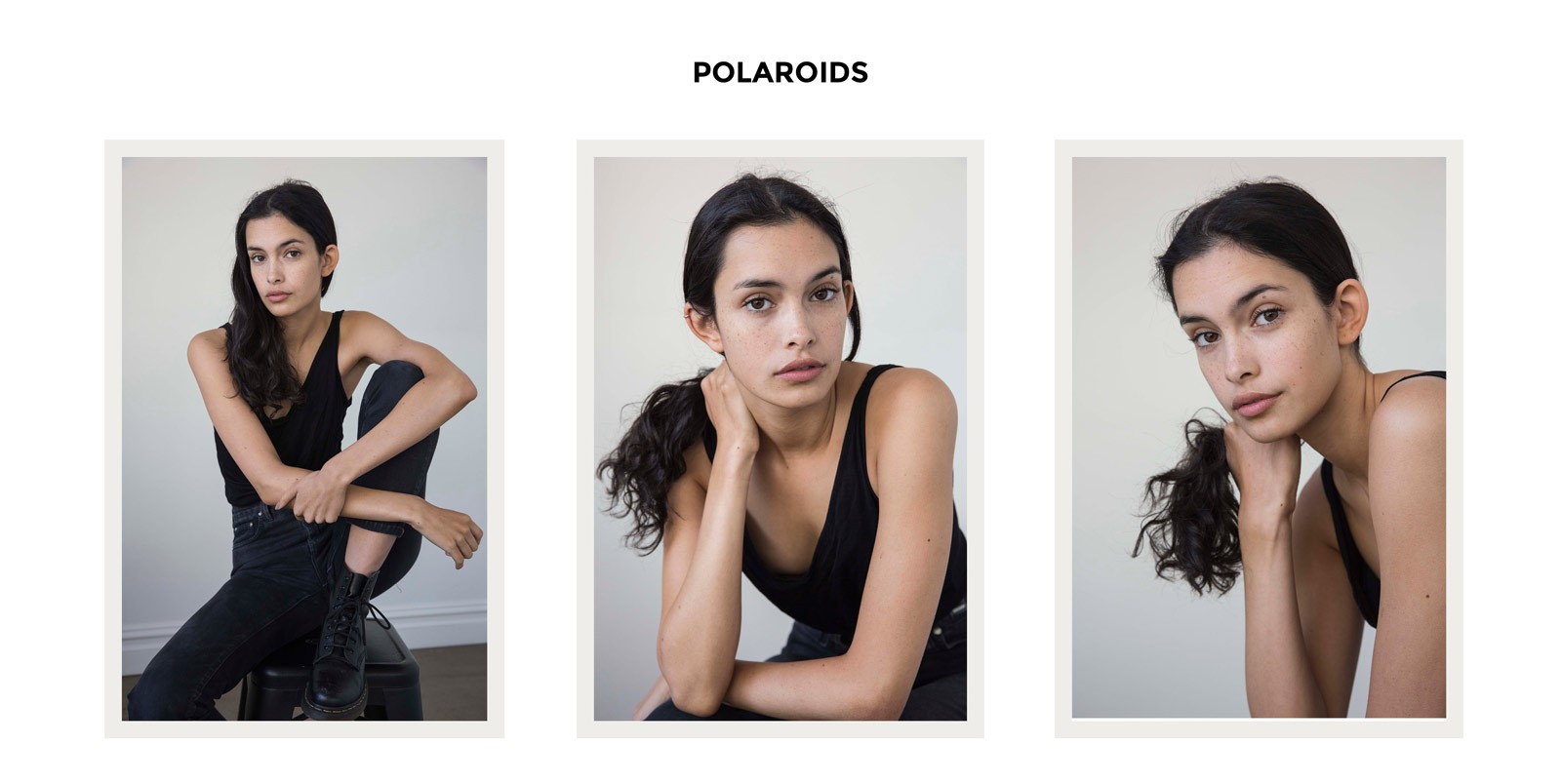 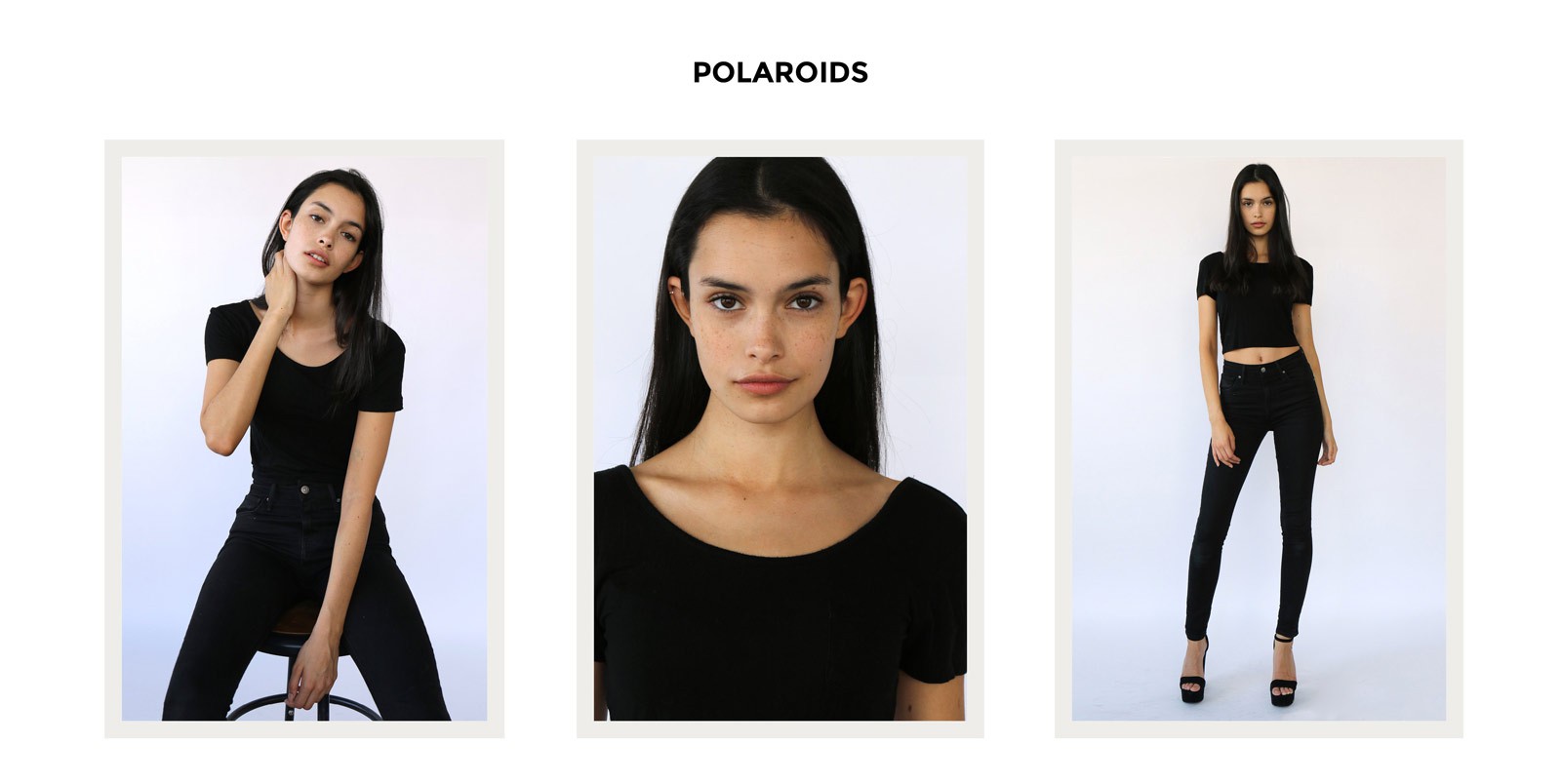 Zoe was shot exclusively for MODELS.com by Damien Kim (assisted by Hyun Woo Lee), with styling by Mari David (assisted by Pedro), hair by Yoichi Tomizawa (Art Department), makeup by Kento Utsubo, manicure by Naoko Saita (ArtList), and video by Seung Min Lee. Thanks to Emerson and Jessica.

Ethnic Origin:
Indian Australian. My maternal grandmother is Anglo-Indian, my grandfather is from Goa. My fathers side is mainly Scottish-English but there is a little bit of Chinese descent.

How discovered:
I was scouted by IMG Australia when I was 16 while shopping on holiday in Sydney. I was signed a few months later, but because of school I didn’t really get into it until the summer before year 12 (my final year of school).

What was your first modeling job?
My first modelling job was for the National Australian Mint, which had just launched a jewelry collection! I was hired through a family friend who worked there and knew I had recently been signed with IMG. Because it was with someone I knew well and in the comfortable nature of my own city I wasn’t that nervous! It was different to anything I’ve ever done before but really fun. We went and got my hair and makeup done and took a few shots in the studio, and before I knew it I was going home with a paid job. It was my first job ever (including outside of modelling) and I was blown away by how much I enjoyed the entire experience.

Favorite things:
I love skiing and horse riding! And definitely try to do both whenever I can. I can’t live without my headphones, my journal and a good book.

What are you listening to at the moment?
I love Lana Del Rey, as well as A$AP Rocky, the xx, Ziggy Alberts, Lorde, Vince Staples, Angus and Julia Stone, Kendrick Lamar and Sticky Fingers. Just to name a few ;) I always have my headphones on while I’m travelling.

Favorite designer, fragrance or beauty product:
My signature fragrance is probably Vera Wang Princess, but I do love changing it up depending on my mood. Another favourite is Kenzo Flower and Daisy Eau So Fresh. My favourite beauty product would have to be a good face wash and moisturiser, for me it’s my dependable Cetaphil. I adore watching the haute couture shows and the incredible detail of Elie Saab and Alexander McQueen always blows me away.

What were you doing before modeling?
Before modelling I was finishing high school. I was doing the IB (international baccalaureate) because I wanted to study overseas and was very focused on that. My dream was (and is) to one day pursue film, after studying it for a number of years at uni as well as photography, psychology and english.  Modelling happened to me completely out of the blue but was also a total silver lining in my life. Unfortunately I broke my leg skiing towards the end of year 11, and had to drop out of the IB because I missed so much school. I was devastated after already putting a year of hard work into the course and missing out on going to Canada that summer to do a ski instructing course (which is what I wanted to do in my gap year). Instead I spent a few weeks in Sydney and went to castings and worked for a month! I was lucky enough to get a huge amount of support and I know that if I didn’t go at that time I wouldn’t be in New York now, working as a full time model.

What would you be doing if you weren’t modeling?
I would still love to go to uni and study film, psych and creative writing at some point. Choosing to pursue modelling right now, as much as I love that in itself, is a great platform for exploring and experimenting in film with what I’m exposed to and in the free time that I have.  I’m learning so much about the world, by travelling to places I never thought I would and meeting the most incredible people with great stories. It’s definitely inspiring me as a creative about the untold stories of this world. It’s also a fantastic way to make contacts and maybe one day have a platform where I would be able to do something with those passions.

What’s something uncool that you love anyway?
I am a huge nerd. I don’t find it that uncool anymore because I think it’s sexy to be smart, but I am a bit of a geek when it comes to Harry Potter and Game of Thrones. I also LOVE Hello Kitty and will splurge on any merchandise I come across.

Favorite modeling experience so far?
It’s really hard to pick just one! Every job brings a new experience and I’ve been lucky enough to have some terrific ones. One of my most standout moments though was definitely walking for MiuMiu as an exclusive in Paris Fashion Week.

What’s the best thing about your hometown/country?
I think Australia is one of the most beautiful countries in the world. I miss being surrounded by nature when I’m living in cities. I also really miss the friendly easy going nature of Australians, whether it’s at work or just getting a cup of coffee, everyone just seems happier and more relaxed.

Which brand would you really love to model for?
I would love to work with Mario Testino or Steven Meisel :) a dream client of mine would be Vogue, and walking in the VSFS!

Place you would love to visit:
I would love to see the Northern Lights. Some parts of nature are the closest we will ever come to experiencing magic.

What’s the best piece of advice you’ve ever been given?
Only focus on what’s within your control.