Model of the Week: Lucas Ucedo 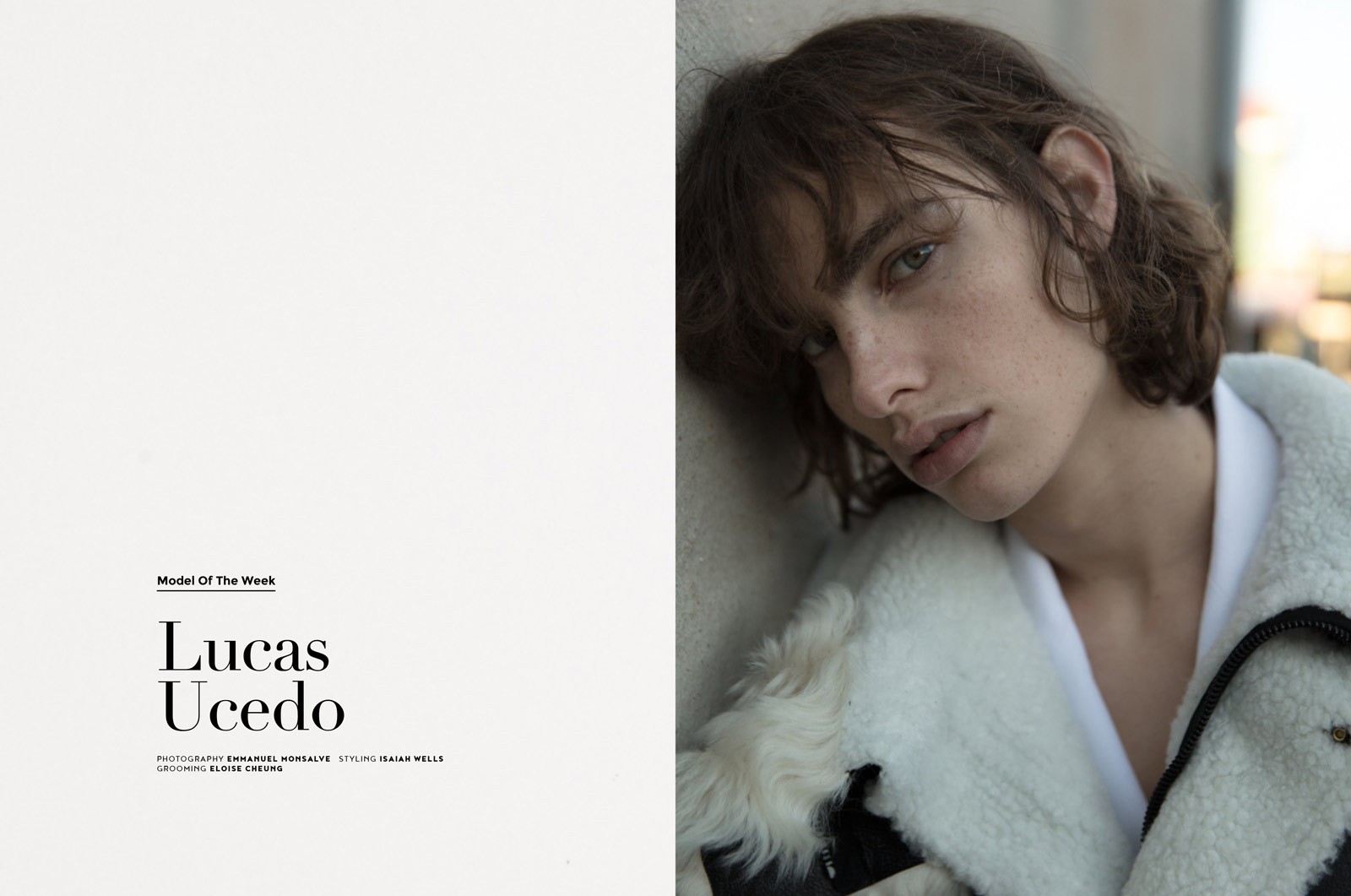 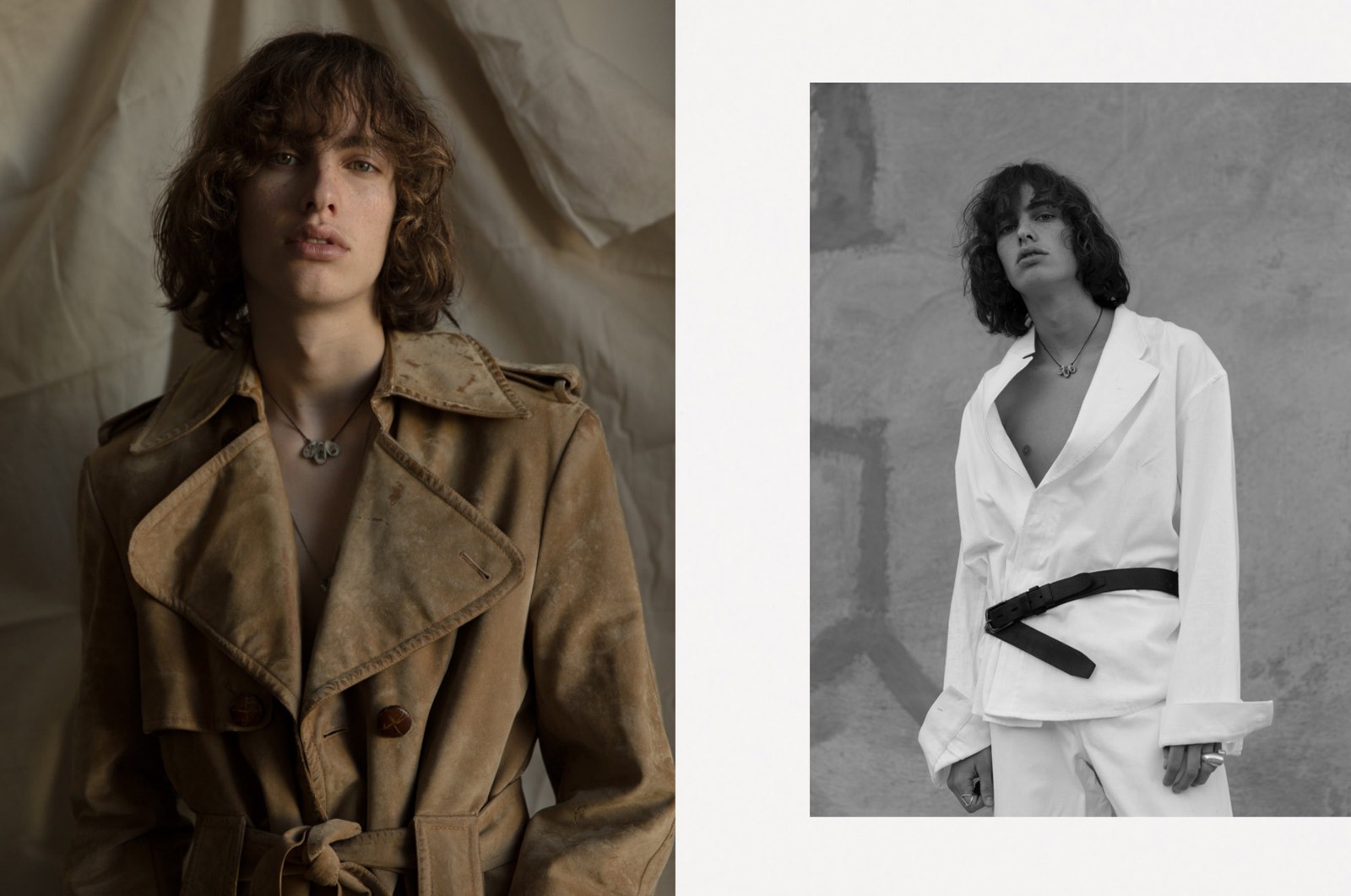 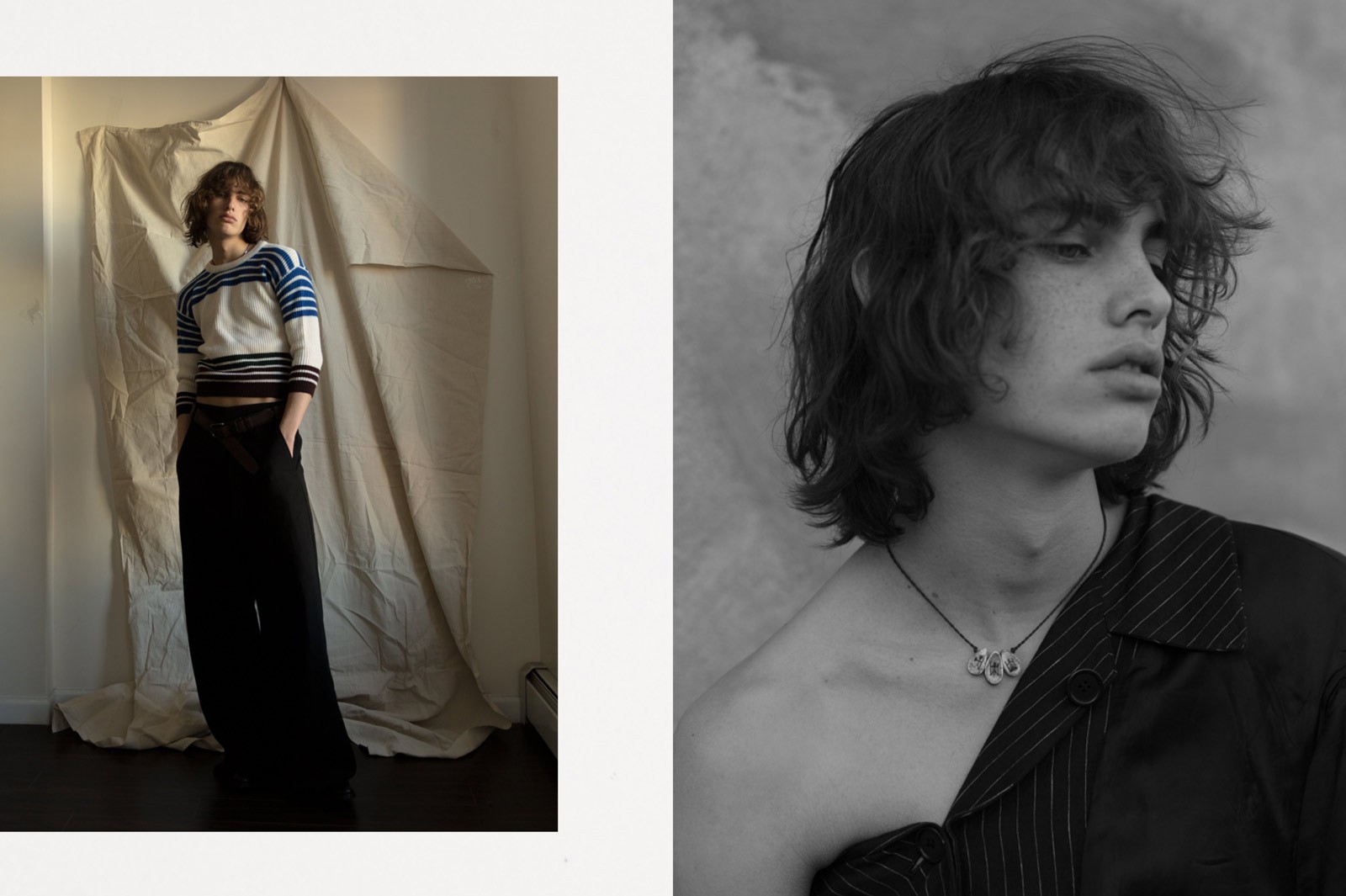 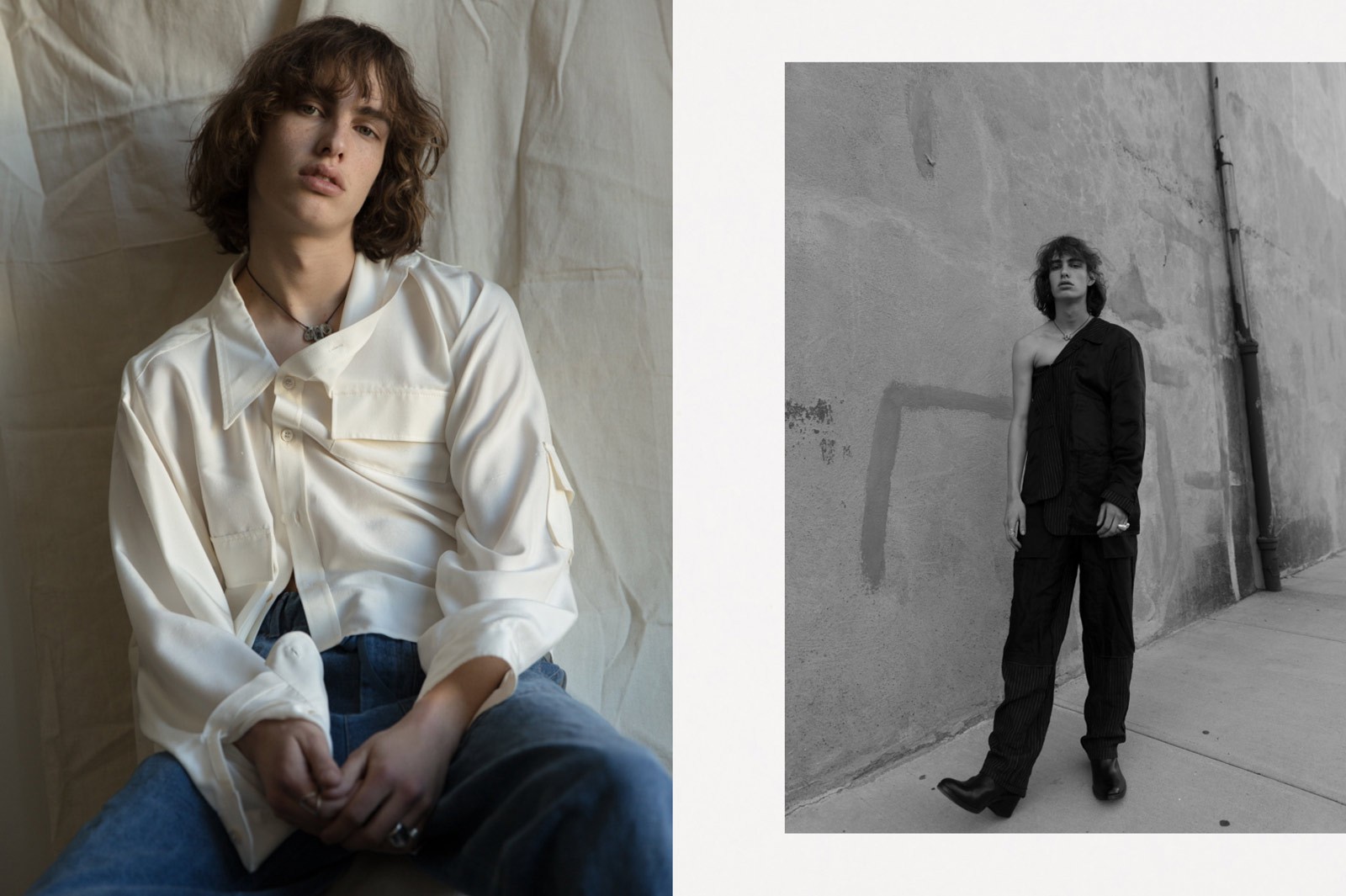 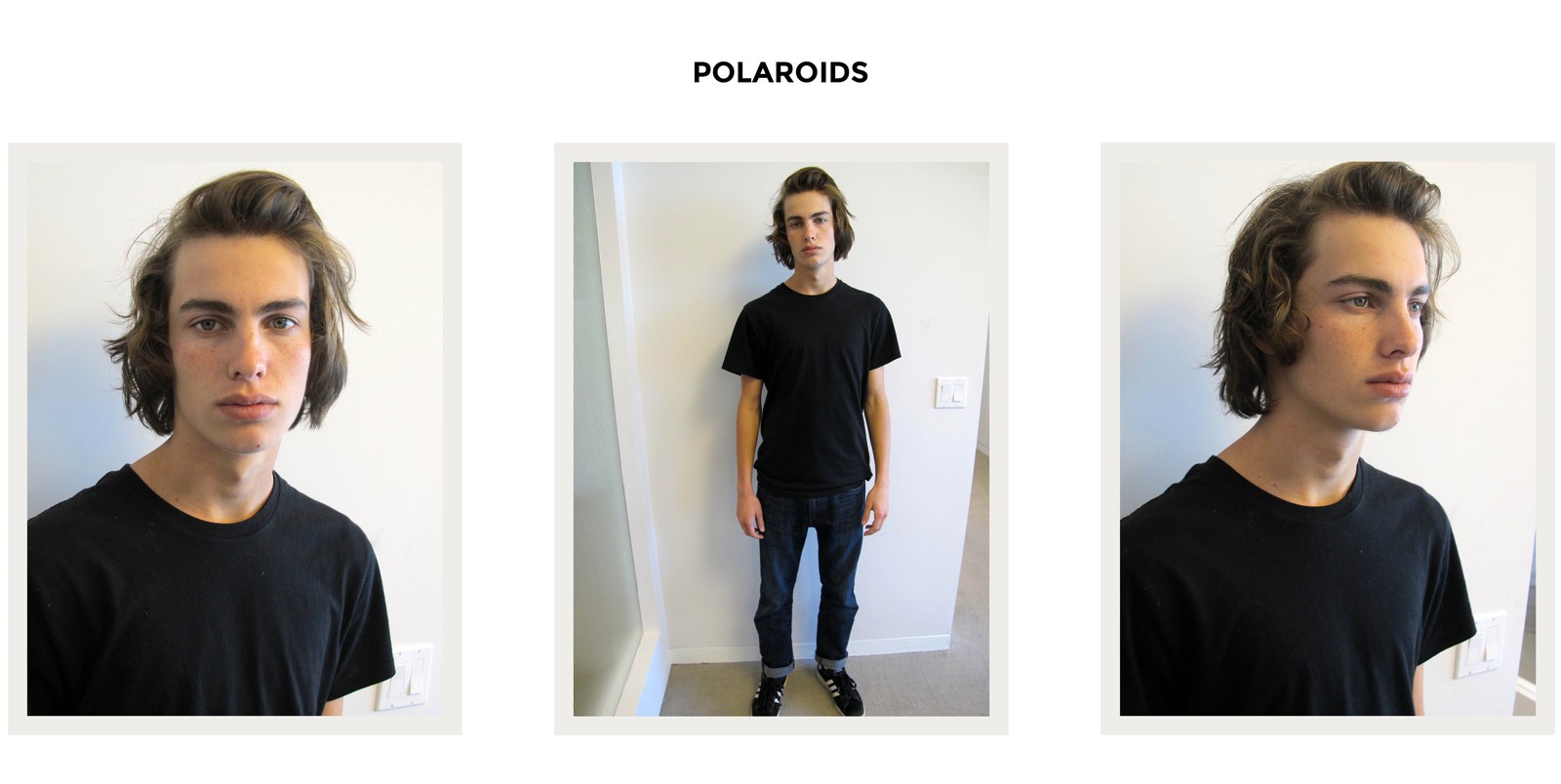 Place of Origin:
I was born in Buenos Aires, Argentina, but when I was two years old my family moved to Los Angeles.

How discovered:
I got scouted in Santa Monica. At the time, I was living with an older Italian model, Marco de Conciliis—he was my best friend’s father—and I told him that I got scouted and he brought me into Ford because he was still signed at age 50.

Favorite things:
My favorite sport is definitely soccer. I grew up playing soccer with my dad and now he’s a fanatic. He watches every single game every day, Argentine league, Europe league, Italy, whatever. I love to do that because I grew up doing it. Other than that, just hanging around, seeing my friends every day, and just going out for a nice mellow surf.

What are you listening to at the moment?
I like old-school rock like the Animals or the Doors, that type of stuff.

Favorite movie, tv show:
Breaking Bad was definitely the series I got the most into. That was a good one. Movie wise, I’ve always liked Tarantino films like Pulp Fiction. That’s one of my favorite movies for sure.

Favorite designer, fragrance or beauty product:
I think Gucci’s newer collections by Alessandro are cool. Hedi Slimane will always be a legend. Honestly, I don’t know what any of the fragrances out there smell like. I get Old Spice deodorant.

What were you doing before modeling?
I was a high school student when I got scouted and then when I graduated, I just started doing it full time.

What would you be doing if you weren’t modeling?
I had an interest to go to college and I wanted to major in political science and economics, but I’m not doing that right now. Now I want to stay in the industry as long as I can and maybe get on the creative side of things. I want to get an old film camera and start taking photos. I think that’d be a fun thing to do.

What’s something uncool that you love anyway?
I have bad style. [Laughs] I dress myself not very cool, even though I should work on that since I’m a model.

Favorite modeling experience so far?
I’ve worked with some cool clients. I did some videos for Fendi and Adidas that were fun to film, especially the Fendi one. I remember my first job too. It was just for a music video, but we got to travel to San Diego and there were like 15 models on set and they got us a nice hotel and it was cool. It was a Mexican band, but they booked like 15 Ford kids to be the extras, so we were just having a good time together. Also, Albert Watson is really cool to shoot with. He’s so prestigious, you’d think he’d be more eccentric, but he’s really humble. His work’s great. That was my first editorial in New York City for Supplement Magazine. It was Paul Sinclair styling, another good guy.

What’s the best thing about your hometown/country?
I love Argentine food. We’re known for having some of the best meat in the world, so definitely eating out when I’m there.

Which brand would you really love to model for?
I like Acne, I think their campaigns are really cool. And of course, there’s YSL. They’re such an iconic brand. And then any of the Italian ones like Gucci or Prada obviously would be really good.

Place you would love to visit:
I’ve never been to Australia, so I’d definitely want to go there and see the Great Barrier Reef and the cities as well, like Melbourne and Sydney. And I want to see a kangaroo too, I’ve never seen one.

What’s the best piece of advice you’ve ever been given?
I think it’s important to remember who you are and what your priorities are. Try to stay confident doing what you need to do and what you want to do, and that should get you closer to where you want to be in life. Stay confident, you can’t give up.