Model of the Week: Quinn Falls 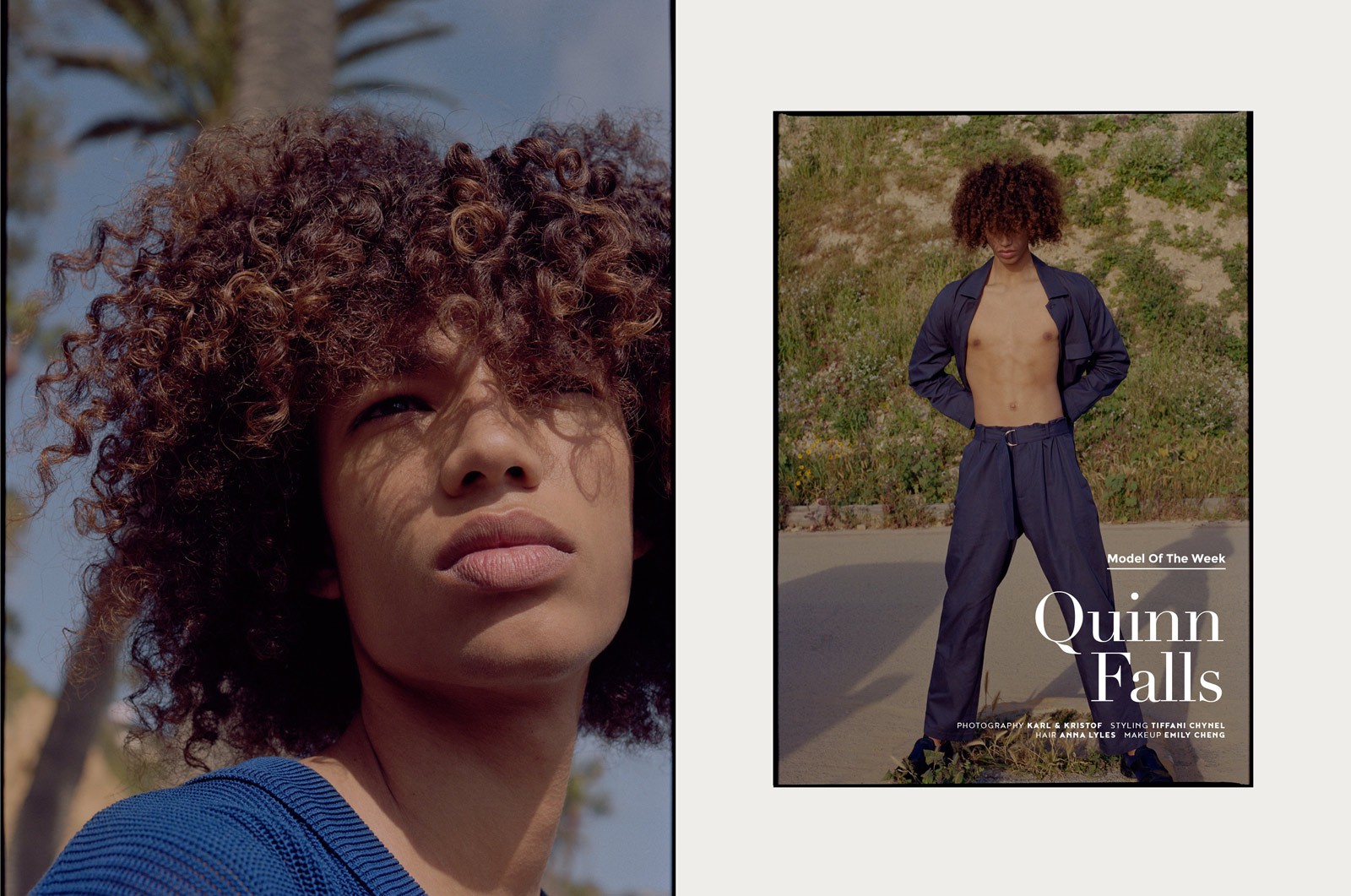 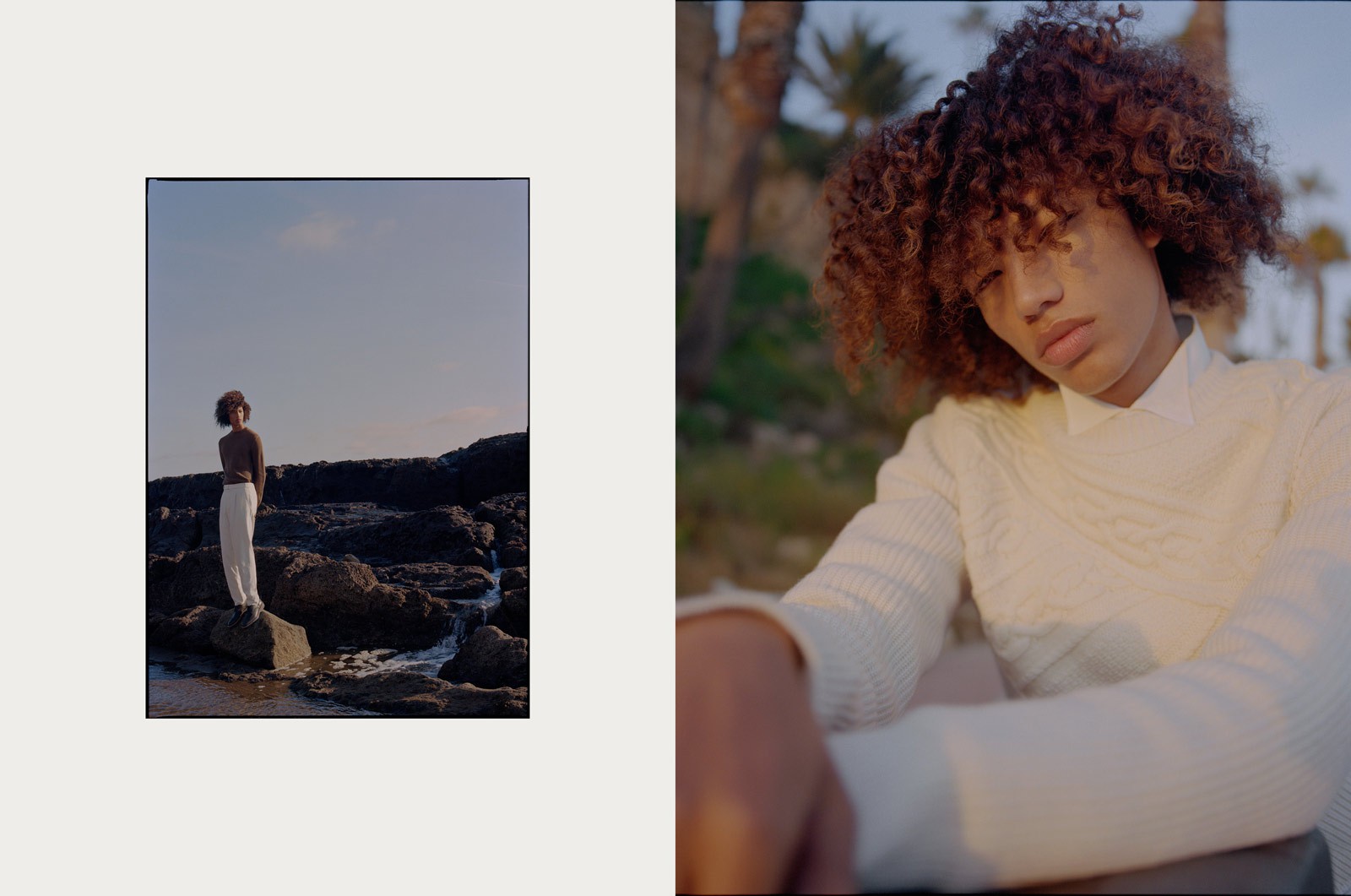 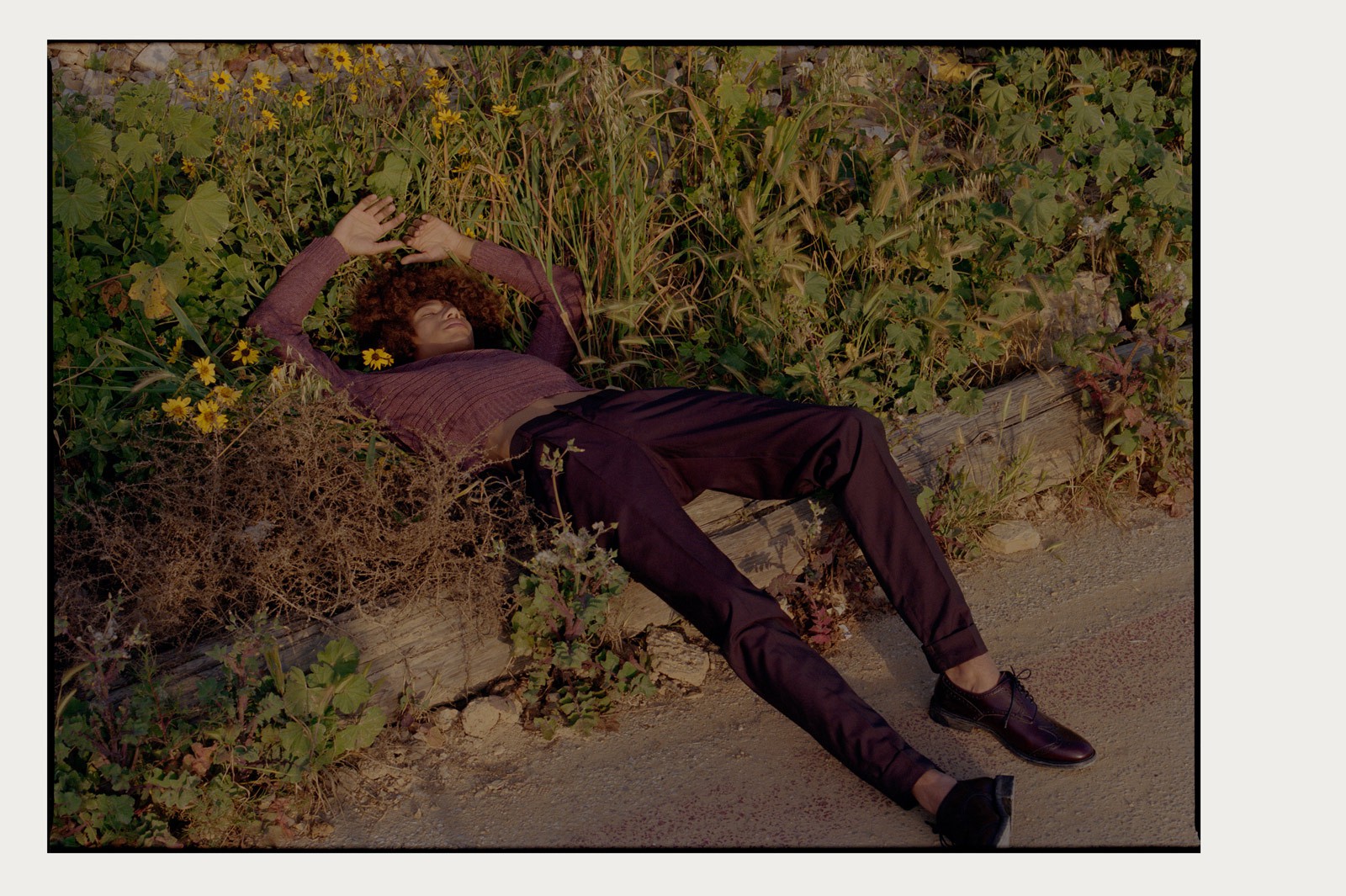 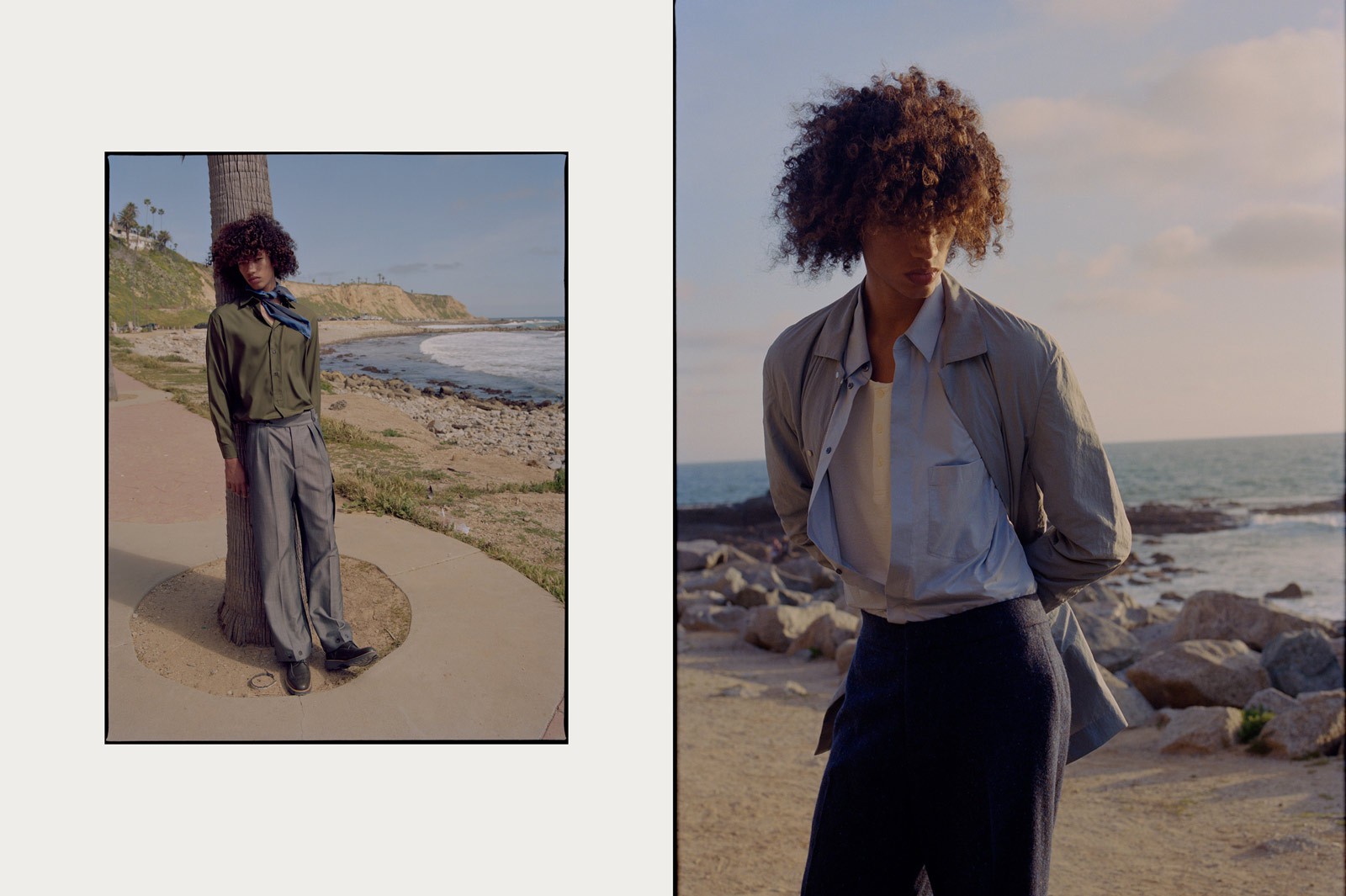 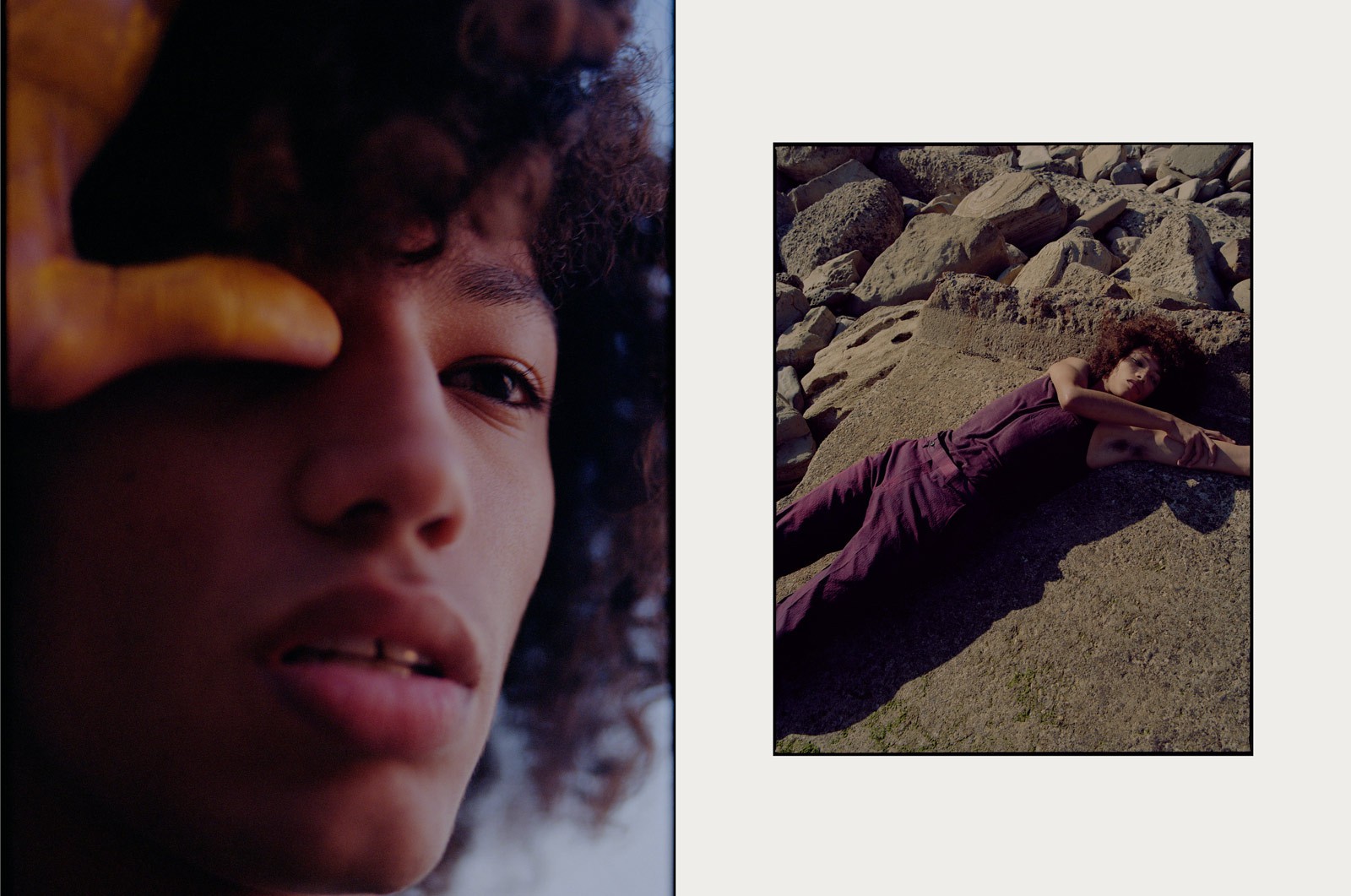 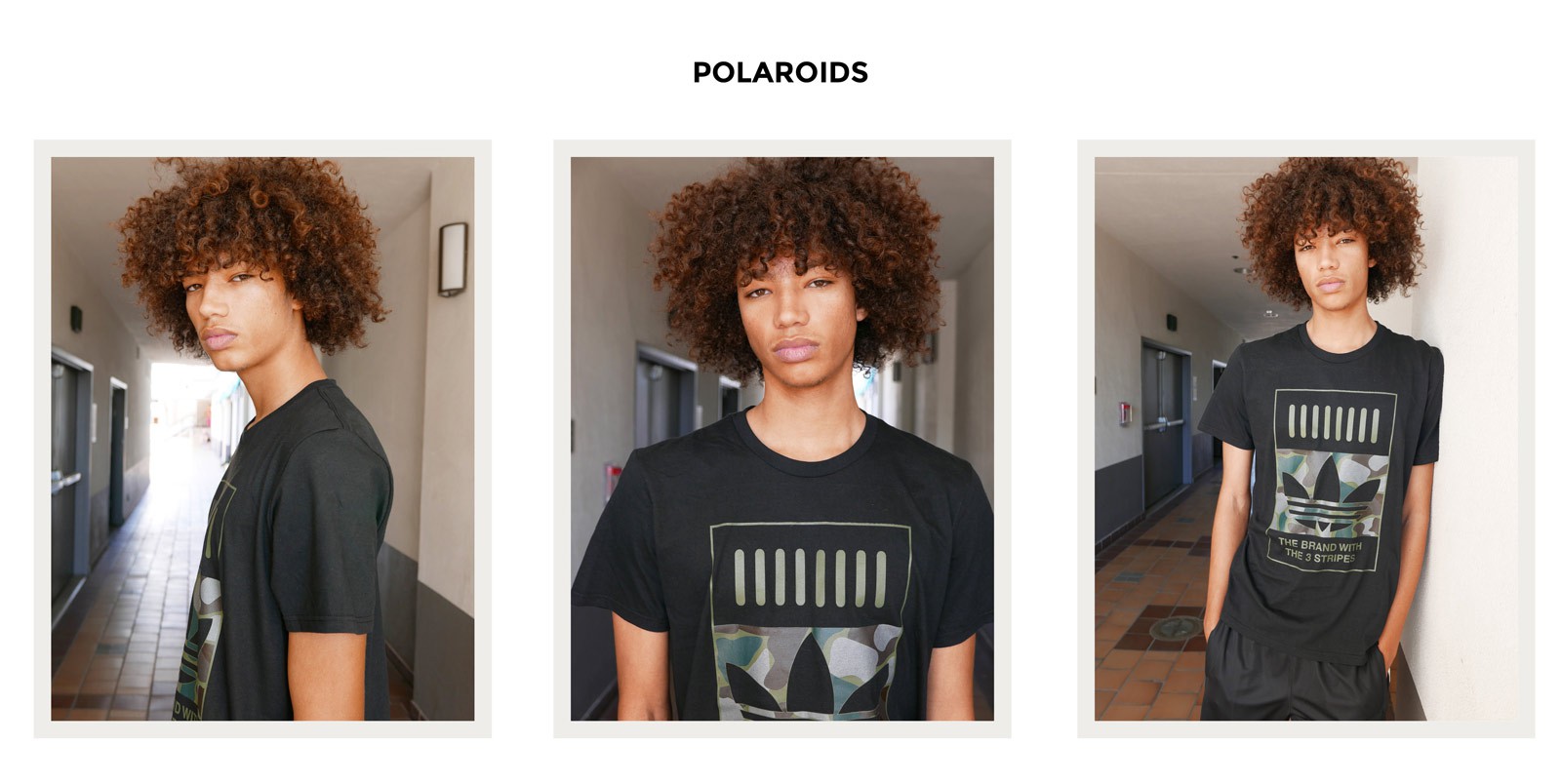 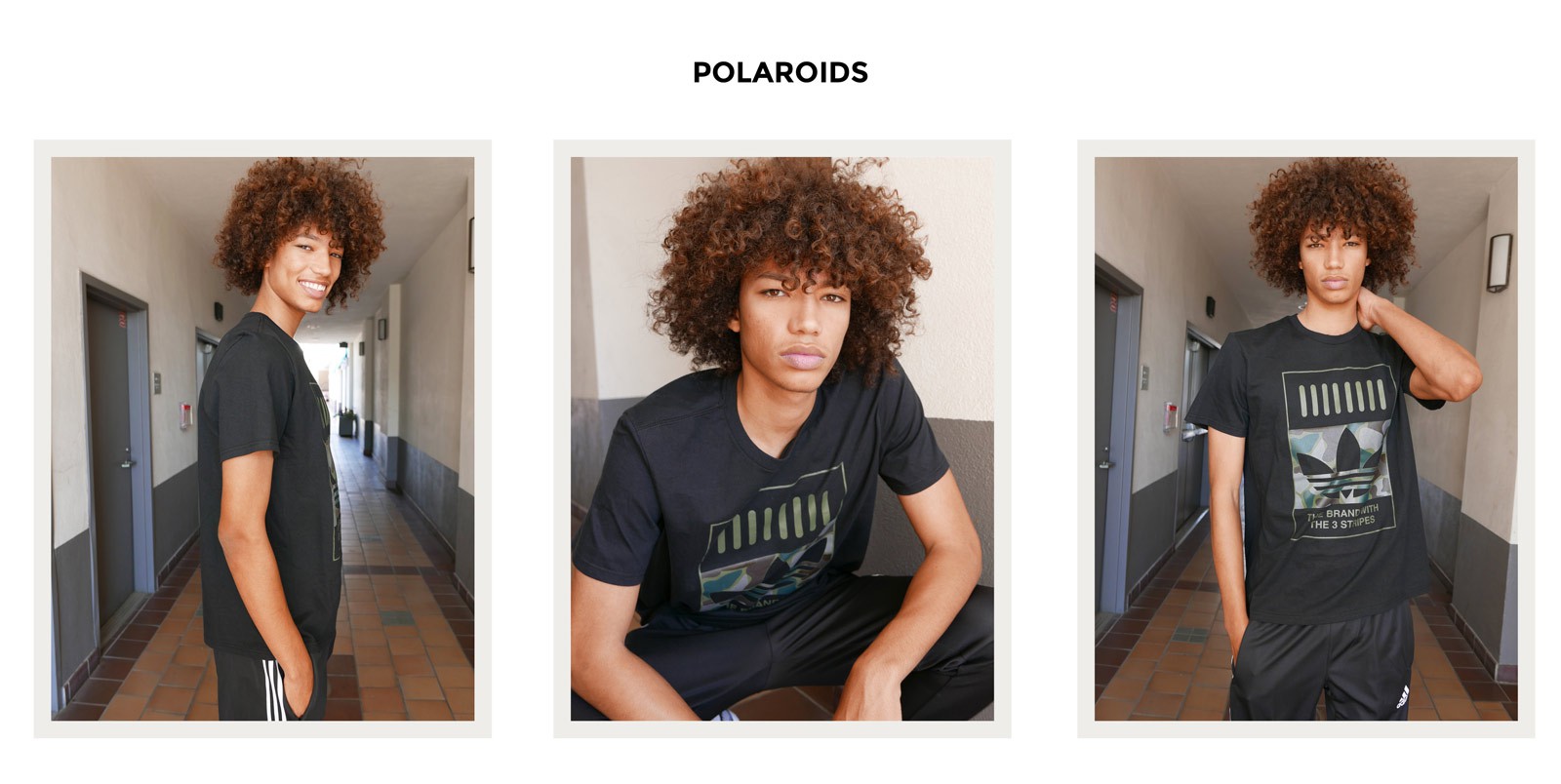 How discovered:
Last summer my friend Simeon had mentioned to me on multiple occasions that he thought I should model. I was not too into the idea at first but after a while he convinced me to take part in a photo shoot with a photographer named Jerome Ming Lee. After that, a model from Two Management told Jerome to send me to Two, next thing I know I’m in my dorm room signing a modeling contract.

What was your first modeling job?
My first job was a campaign shoot for Grand AC. I was on a whole other level of nervous on the ride to the location. I was worried about every possible thing that could go wrong but after I got on set and we started shooting things went smoothly. I couldn’t have had a better team to work with. One of the other models didn’t show up to the shoot so a member of the photo crew, Brett Hart, took his spot. I’m so grateful that he did. Brett gave me great advice and served as a mentor of sorts for the day.

Favorite things:
My girlfriend and my Mom

What are you listening to at the moment?
I’ve been on a huge Smino tip lately, but I’m always sifting through Soundcloud trying to find new or rising artists. I love to hear music that’s different from what other people are doing, anything that pushes the art form forward is my cup of tea.

Favorite movie, tv show:
My favorite movie is always fluctuating but right now I’d say Kingsman: The Secret Service. What can I say? I’m a sucker for over-the-top action sequences. As far as TV shows The Amazing World of Gumball has my eye at the moment. It may come off a little childish at first but it’s honestly just a genuinely funny show.

Favorite designer, fragrance or beauty product:
Hands down favorite designer is Tyler, The Creator. He may not be on the cutting edge of high fashion but his clothes are fly for daily life. I don’t wear fragrances, colognes or anything like that. It’s never really been appealing to me. I couldn’t pin down a favorite beauty product either, there’s so much out there and I’m always trying new things. I always ask groomers/hair stylists/makeup artists what products they recommend though so I guess that would be my secret.

What were you doing before modeling?
I was studying broadcast journalism as a freshman at the Cronkite School at Arizona State. Trying to get a career going and whatnot.

What would you be doing if you weren’t modeling?
I would definitely be in school and as soon as I’m done modeling I’m headed right back to school.

What’s something uncool that you love anyway?
Myself :/ I play a ton of video games about fantasy realms and sci-fi adventures, I read coming-of-age vampire stories and young adult novels. The list goes on but I love a bunch of uncool things resulting in my ultimate uncool-ness(?).

Favorite modeling experience so far?
A little under a month ago I was in Hawaii shooting with Hollister and everything was perfect. From the Hollister crew to the models to the hotel it was just all positive vibes and fun. I’d never been to Hawaii before but it was definitely a memorable experience. Shout out to Hollister.

Which brand would you really love to model for?
It’s an even split between GOLF or C2H4 LA. Both brands are radically different but surely still radical.

Place you would love to visit:
I’d absolutely love to visit one of the islands in the Caribbean. The tropical setting is so alluring, plus it’s not too long of a flight from LA.

What’s the best piece of advice you’ve ever been given?
“We recognize that it’s not easy to get up off the couch and do something…but you only get a trophy if you do it better than everyone else.”