Model of the Week: Alton Mason 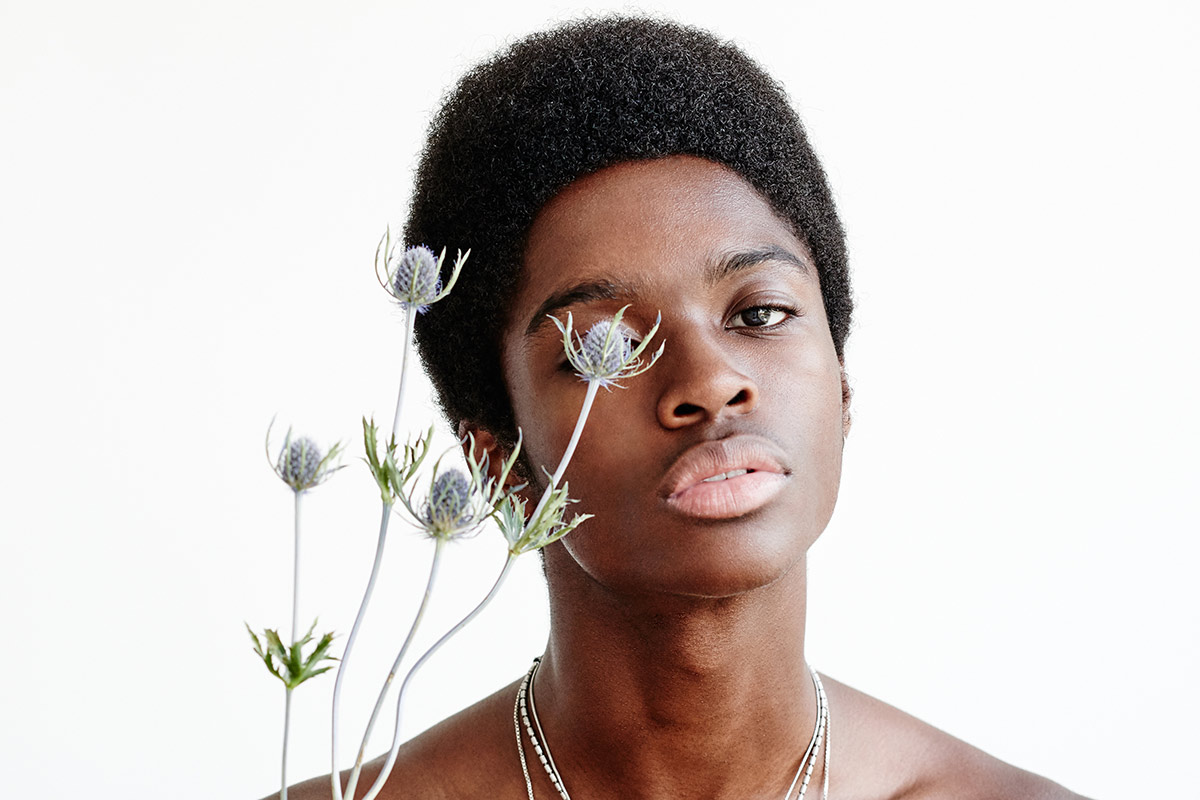 Alton was shot exclusively for MODELS.com by Lucie Hugary, with styling by Morgan Vangoethem.

How discovered:
I was discovered on Instagram, I was in LA at the time and I thought I was dreaming until I received the email requesting to fly me to New York the next week.

What was your first modeling job?
Yeezy Season 3

Favorite things:
I’m in love with dance. Michael Jackson is my hero. I’ve always enjoyed musical theatre and acting on film– Samuel L. Jackson is the blueprint. Hot Wings keep me alive. The story of “Charlie and the Chocolate Factory” is a reflection of myself.

Favorite designer, fragrance or beauty product:
Give me an Afro comb and coconut oil and consider the day saved.

What were you doing before modeling?
Before modeling, I was in LA– dancing and assisting the legendary choreographer and creative director, LaurieAnn Gibson. I’ve been working for her for 3 years now and I wouldn’t be the artist that I am today without her.

What would you be doing if you weren’t modeling?
I’d be somewhere in Cuba selling fruit–wearing a Jamaican net tank top, jean shorts, and the sandals your grandpa wears on a sunny day of barbecuing.

What’s something uncool that you love anyway?
The idea of falling in love. Today’s society consists of people who believe that trusting someone, having genuine feelings, and being loyal is all pointless. I’m stuck over here like “huh?!” I’m a hopeless romantic!

What’s the best thing about your hometown/country?
The best thing about Arizona is the landscape. I find beauty in the tones of brown in the desert mountains, the green cacti, and palm trees, and the sky is electric blue. Hot as hell & super serene.

Which brand would you really love to model for?
I really love working with Gucci; I’m hungry for Chanel, Balenciaga, Raf Simons, and Saint Laurent.

Currently you’re obsessed with/about:
I am obsessed with Naomi Campbell. I first laid eyes on her in Michael Jackson’s music video “In the Closet”. Sometimes I feel as though Michael & Naomi birthed me. I’ve watched every interview, studied every runway show, I even listen to her album from time to time. I’ve been modeling for 1 year now and I have already gotten the opportunity to work with her twice and get personal insight from her. She smells like the richest oils of Egypt. What I admire the most is her activism on diversity, human rights, and equality. There’s nothing more magical– nothing more hypnotizing and comforting than a strong, black woman of power.

What’s the best piece of advice you’ve ever been given?
My Great Grandma always told me, “Remember who you are. Be you. Don’t worry about what people say. People are going to talk about you whether you’re doing good or bad– the question is; ‘Are you something to be talked about?'”