Model of the Week: Frederik Kaltoft 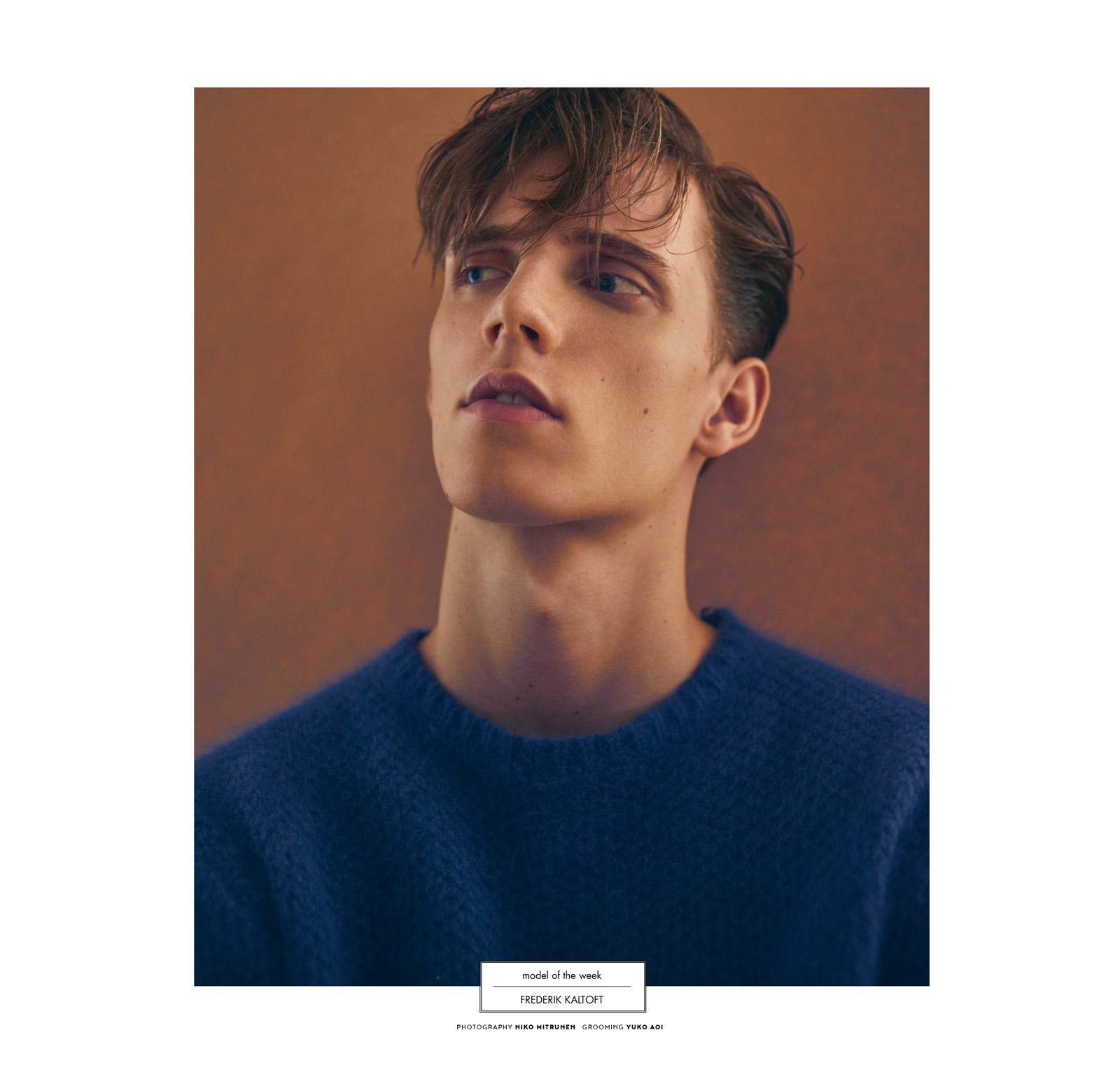 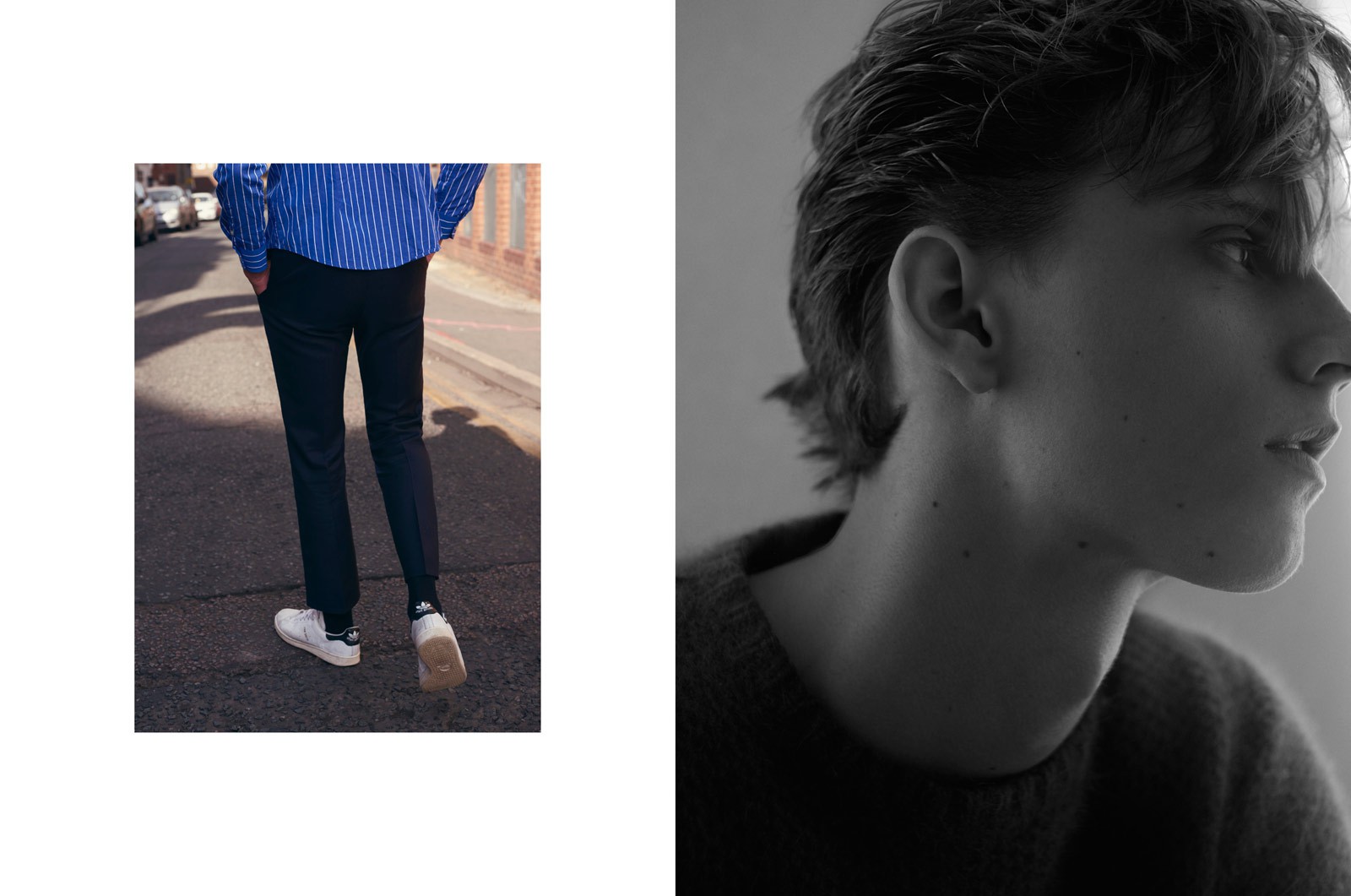 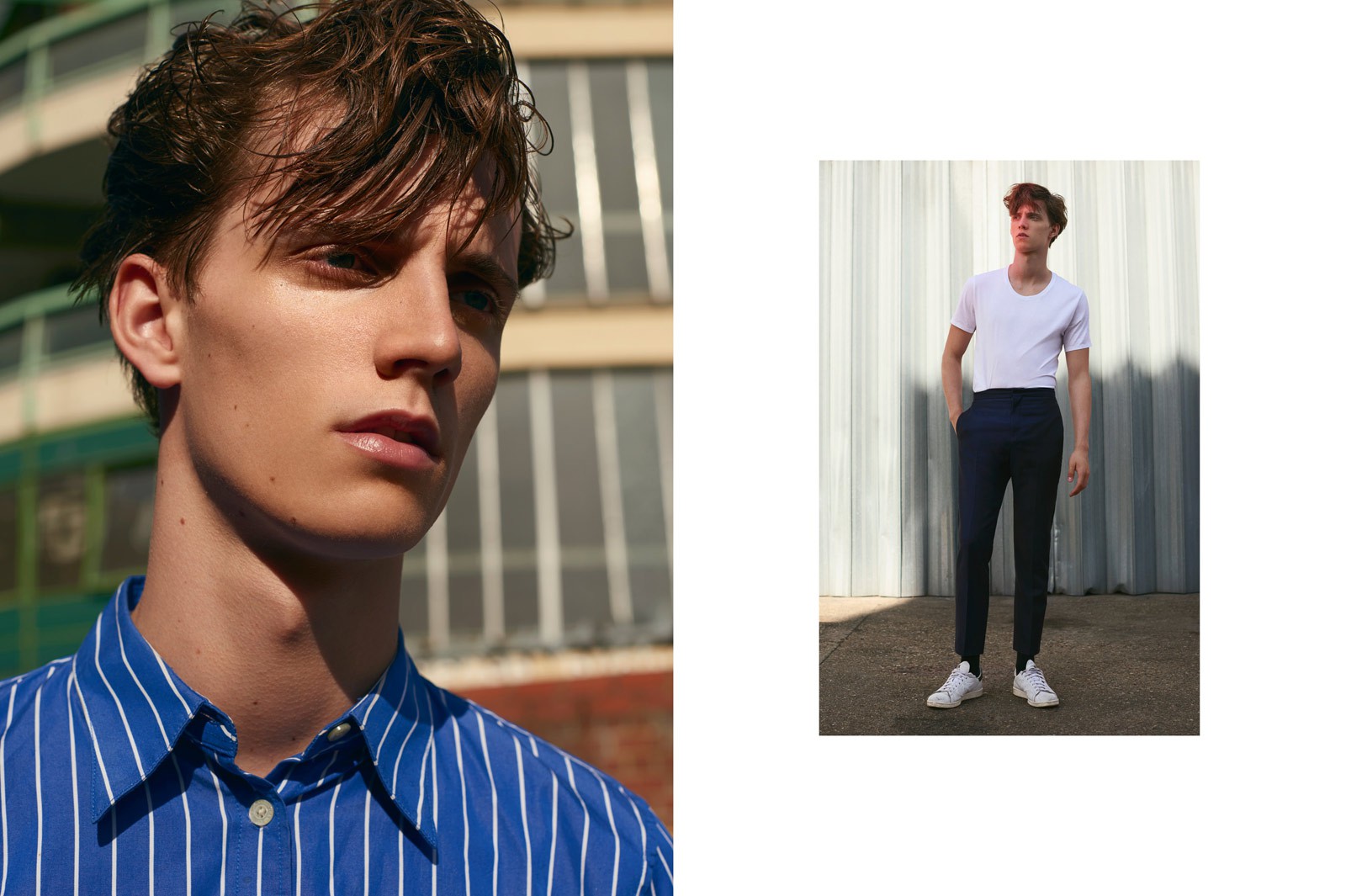 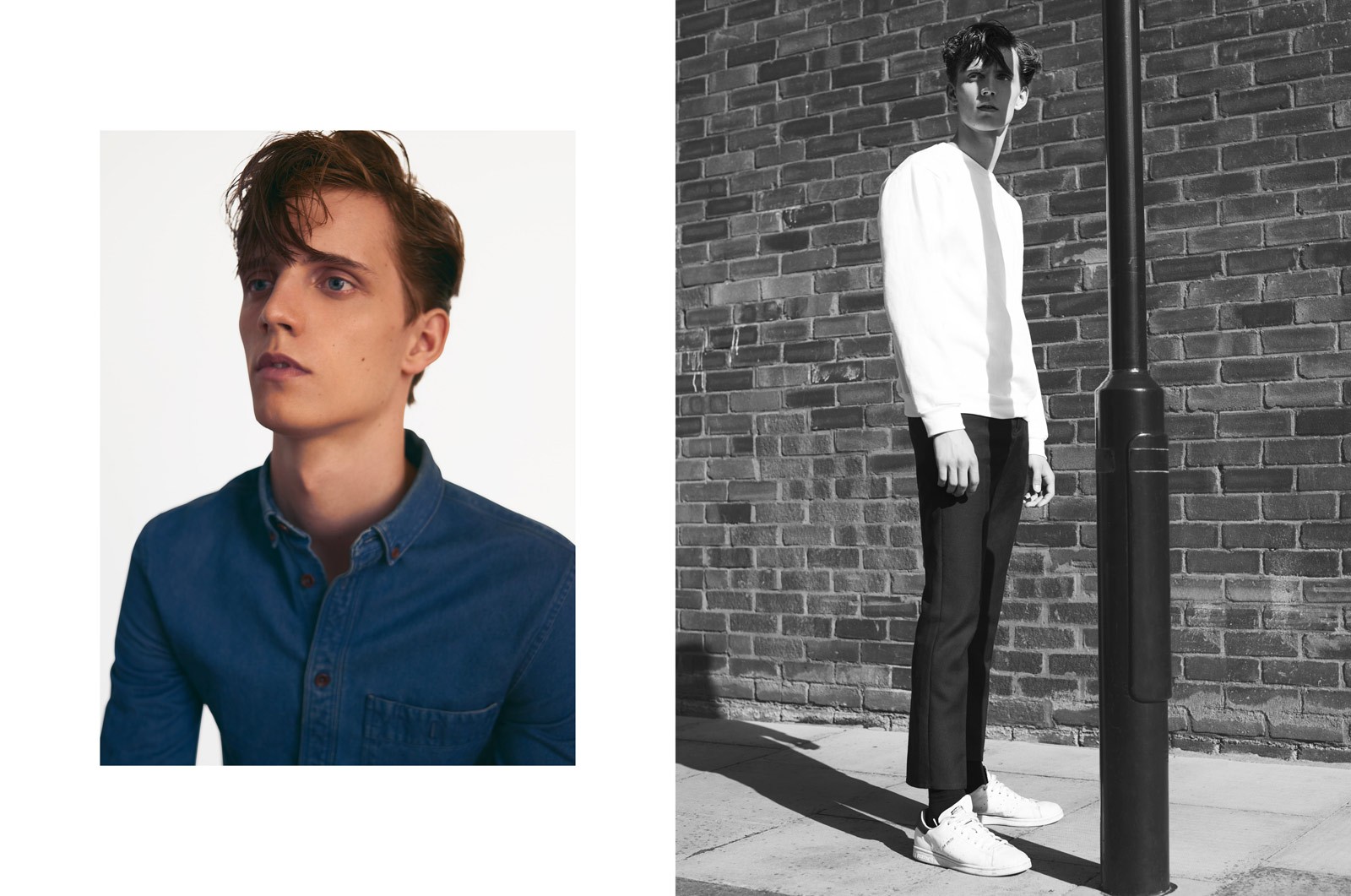 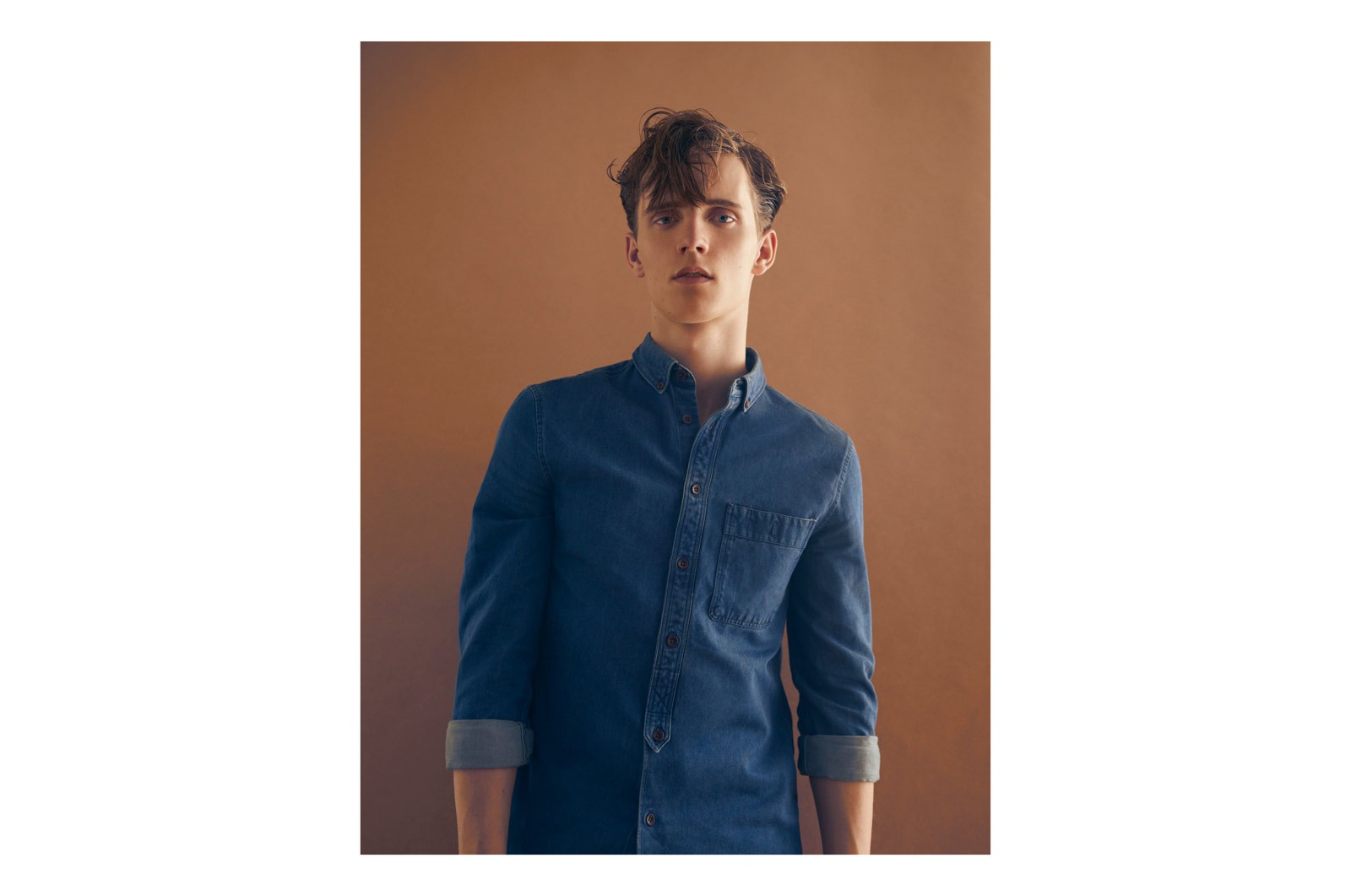 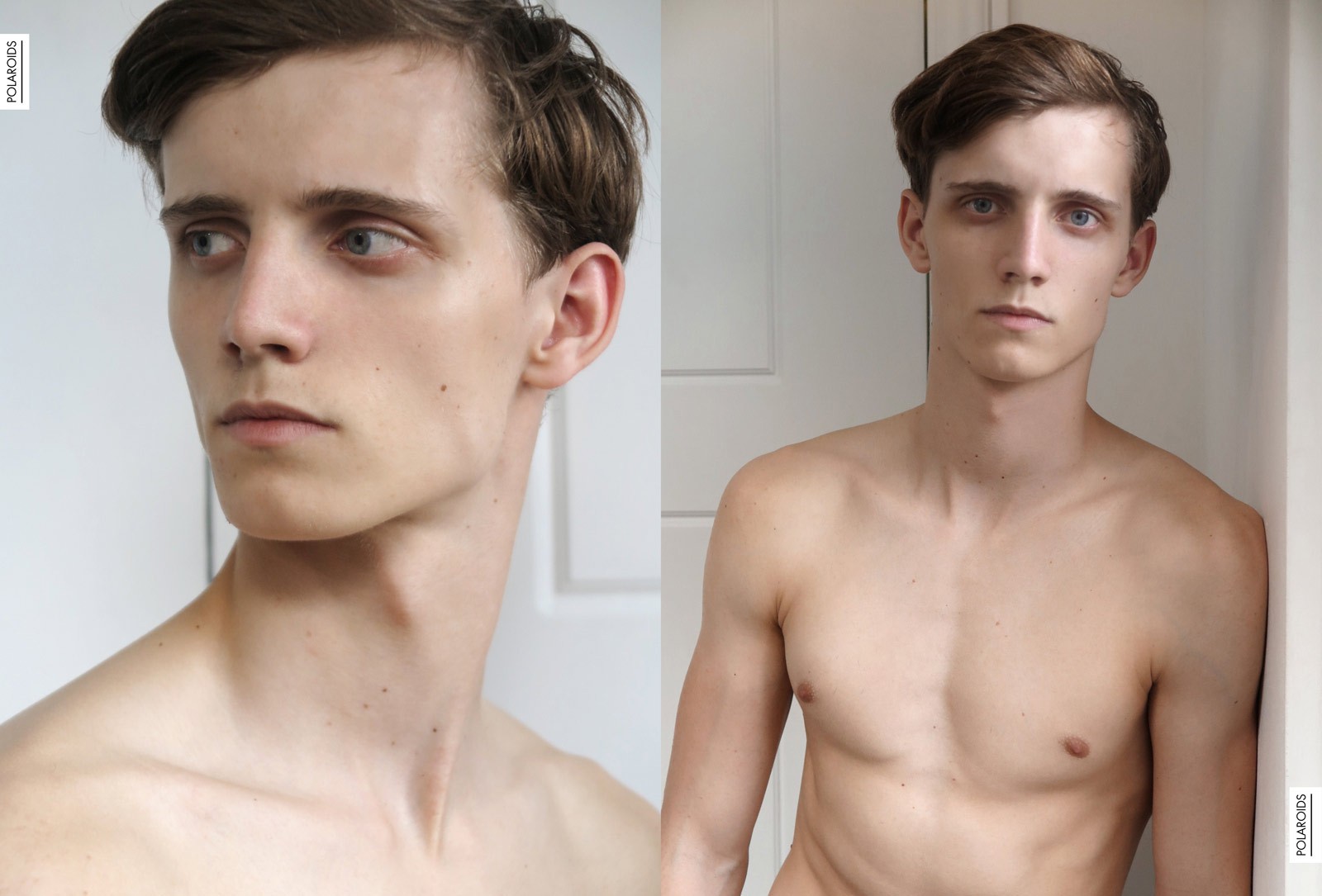 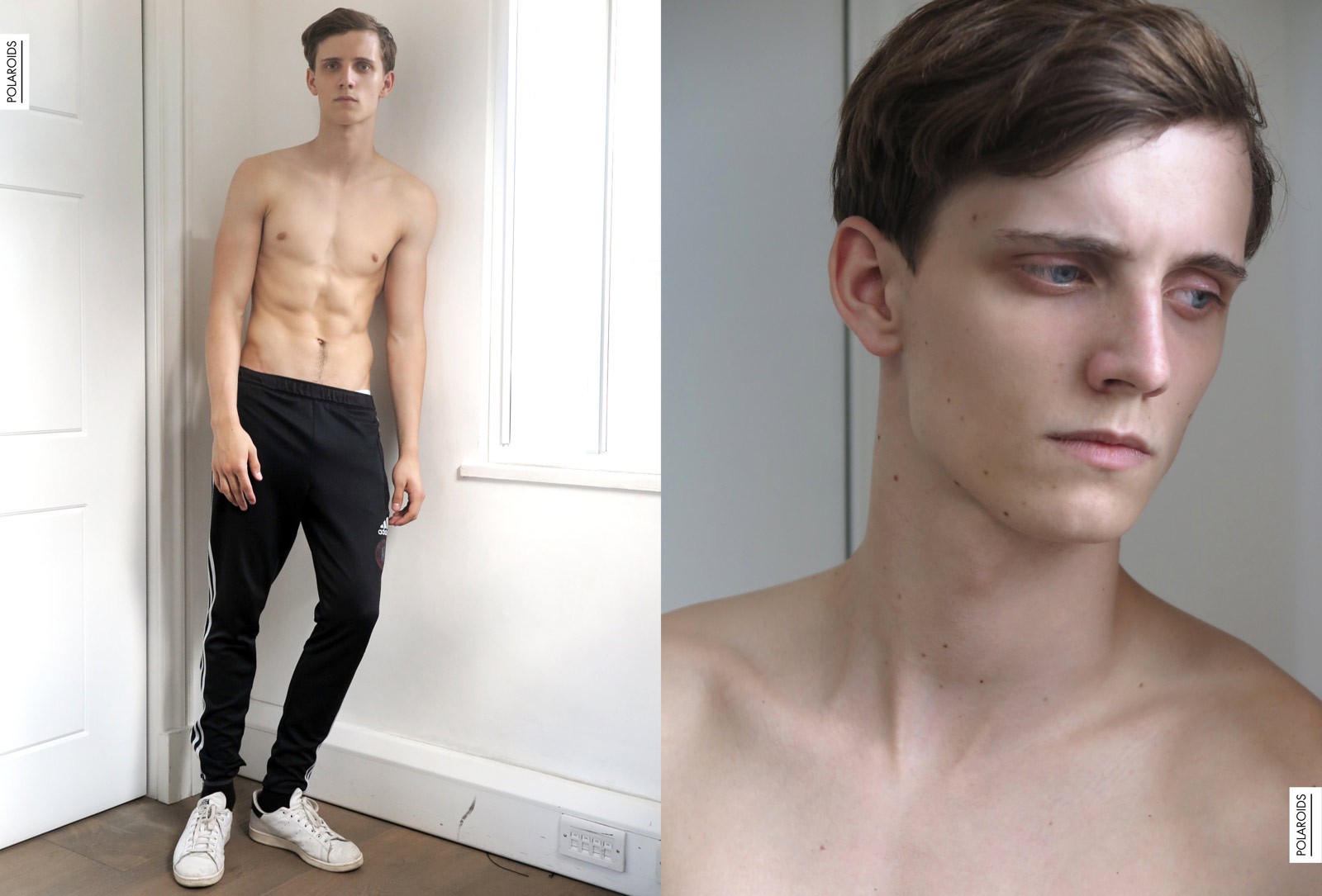 Frederik was shot exclusively for MODELS.com by Niko Mitrunen, with grooming by Yuko Aoi. Interview by Jonathan Shia. Digitals courtesy of James Coyne at Elite London.

How discovered:
I got discovered at the zoo. I was working in the zoo, renting these small cars that people can drag their kids in, and this guy was staring at me. I looked awful because it was ten in the morning on Sunday with this stupid zoo uniform, and this guy came up and he was like, “Have you ever tried modeling?” I thought it was a joke because I was looking really shit, and then it just happened. After four days, I got the contract and I had to quit the job in the zoo after a week. It was so new for me, so I was surprised, but really grateful.

What was your first modeling job?
My first modeling job was exclusive for the Prada show. I was so nervous. I did the fitting like ten minutes before the show started, they were stitching everything. I was so panicked, I was sweating. I was like, Oh they’re not going to take me, I’m going to get dropped, but I did it and it was so nice. That was like two months after I started. I figured out how important it was when I got shipped to Paris right after. I hadn’t done any castings in Milan because I was exclusive, and then that was just a crazy Paris Fashion Week with castings, castings, castings.

Favorite things:
Just hanging out with my family and my dog. With all the stress in this industry, it’s so nice to just calm down and walk my dog.

What are you listening to at the moment?
I am listening to the usual pop, rock, R&B sometimes. It depends—if I’m really stressed, I like to calm down with less upbeat music.

Favorite movie, tv show:
Favorite movie must be Lord of the Rings. It’s so old but my dad has all the DVDs with extra content and I’ve watched it since my childhood. TV show must be NCIS. I love that one, it’s pretty cool.

Favorite designer, fragrance or beauty product:
Favorite designer must be Balmain. It’s so young and fresh. Everyone just wants to do it and it’s so hyped-up. I love it, it’s pretty cool. I’ve never done it, but I’d say Balmain.

What would you be doing if you weren’t modeling?
I’d be working in the zoo, but I would probably like to work with animals. That was my goal, trying to get into that industry. I wanted to be a zookeeper. We always had dogs and when I was probably around 10, we had this friend working in the zoo and I was allowed to work with him for one day. We did a performance on stage with snakes and everything and I just fell in love with it.

What’s something uncool that you love anyway?
I love to annoy my brothers. I’m not allowed to, but I do it anyway. I’ve got a twin and I’ve got a big brother, so I have to fight for attention.

Favorite modeling experience so far?
It was probably when I had four shows in one day, because it was so stressful and I felt really high on energy. I had Jil Sander and a few other small brands, and then I had a casting in between. It was so stressful, but it was so nice.

What has been the hardest thing to get used to about modeling?
Not knowing anything. The day before, they’re like, “You have to go tomorrow.” I have this go-bag beside my bed with my toothbrush and everything. My mom is like, “I have to know a week before so I can wash all your clothes and everything!”

What’s the best thing about your hometown/country?
Probably that I know everyone because I’ve always lived there. You walk on the street and you just know everyone.

Which brand would you really love to model for?
I’m going to say the usual answers like Vogue, all those ones. I’m just grateful and I really want to do a campaign, just anyone really. I’ve never done it, but I’m just taking it a day at a time.

You took several months off right after your first season for hip surgery and recovery. How has it been to come back to the industry?
It was really hard, because it was a month after the really good fashion week and I had so many options and big things. It was really stressful because I was so used to getting all those jobs and I just went all the way down. It was so hard, it was really sad and annoying. Meeting clients again has been really nice, just to show your face and say, “I’m still here.” It’s really cool just to get that opportunity once again, I’m really grateful.

Place you would love to visit:
Australia. I’ve never been there and with all the animals, I really want to go there one day.

Currently you’re obsessed with/about:
Shoes, right now. Recently I just got my Valentinos. I just had to get them. I was shopping at Selfridges and there were so many things, but I had to get them. They’re red camouflage.

What’s the best piece of advice you’ve ever been given?
It’s not advice, but every time I get home from fashion week, my mom always helps me down like, “You’re still Frederik, you’re still 17, you’re still my child,” and that really calms me down after a stressful week. That’s the most important thing.