Model of the Week: Céline Delaugère 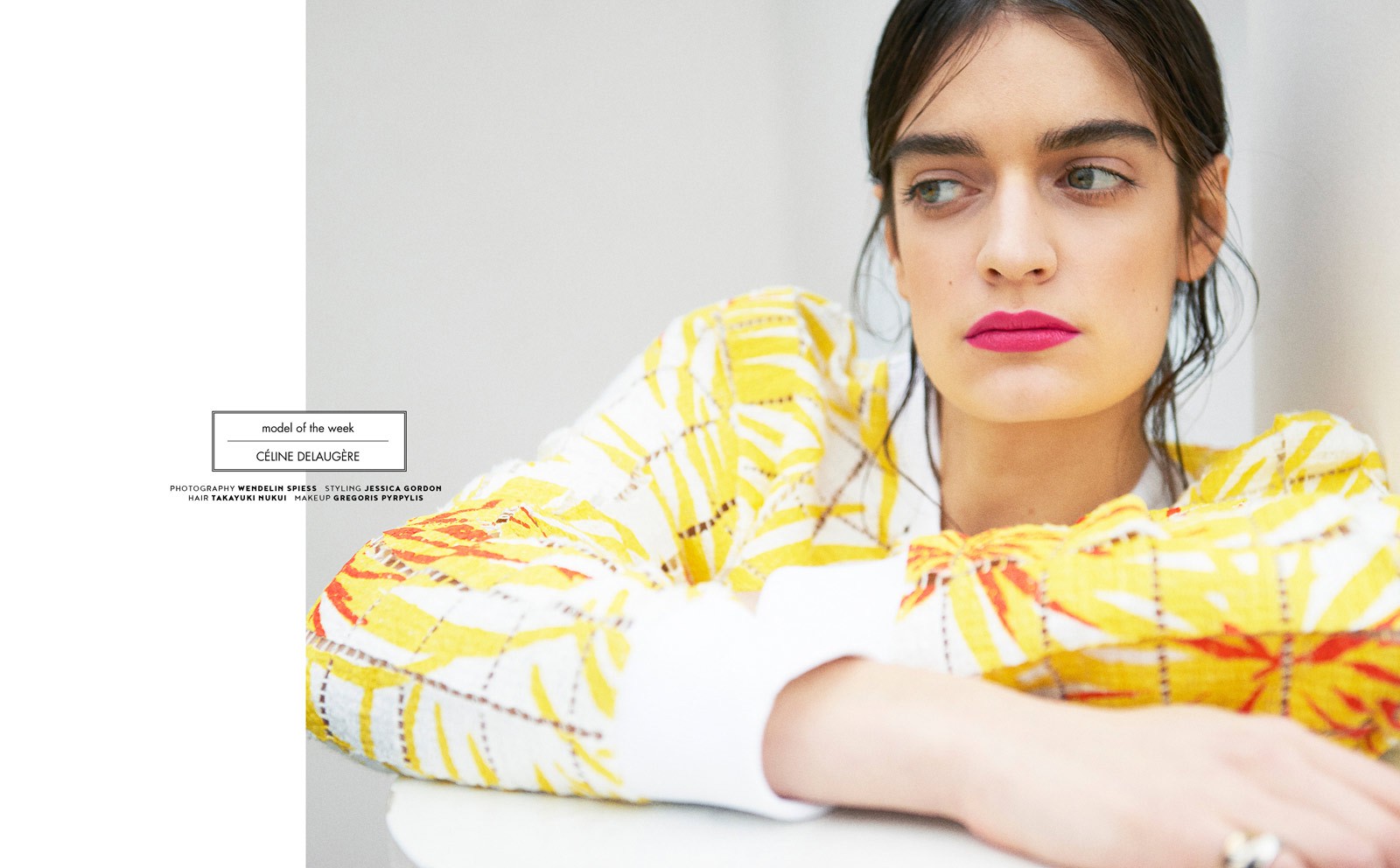 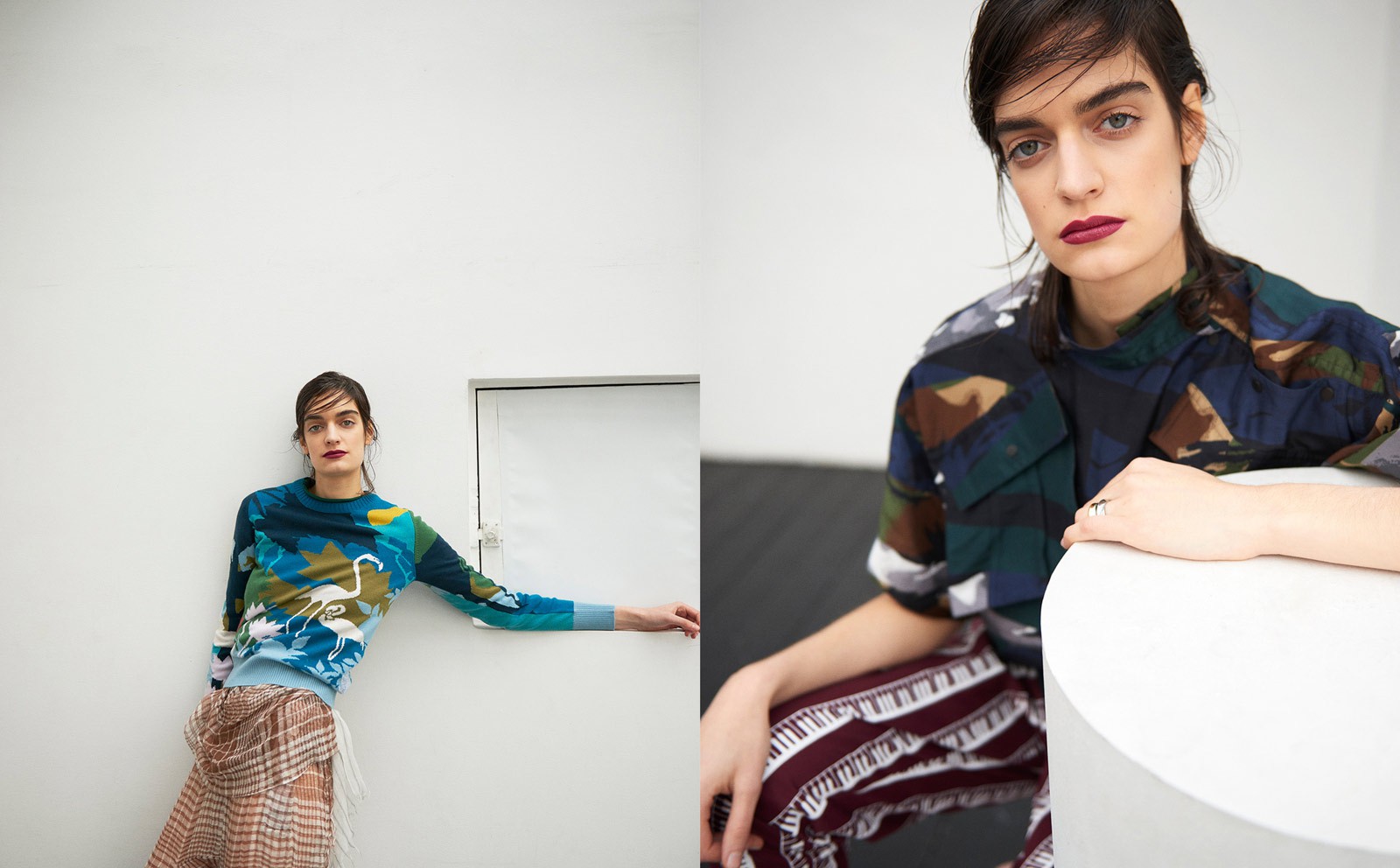 Left, jumper by BARRIE, top and trousers by ACNE. Right, shirt by KENZO, trousers by UNDERCOVER. 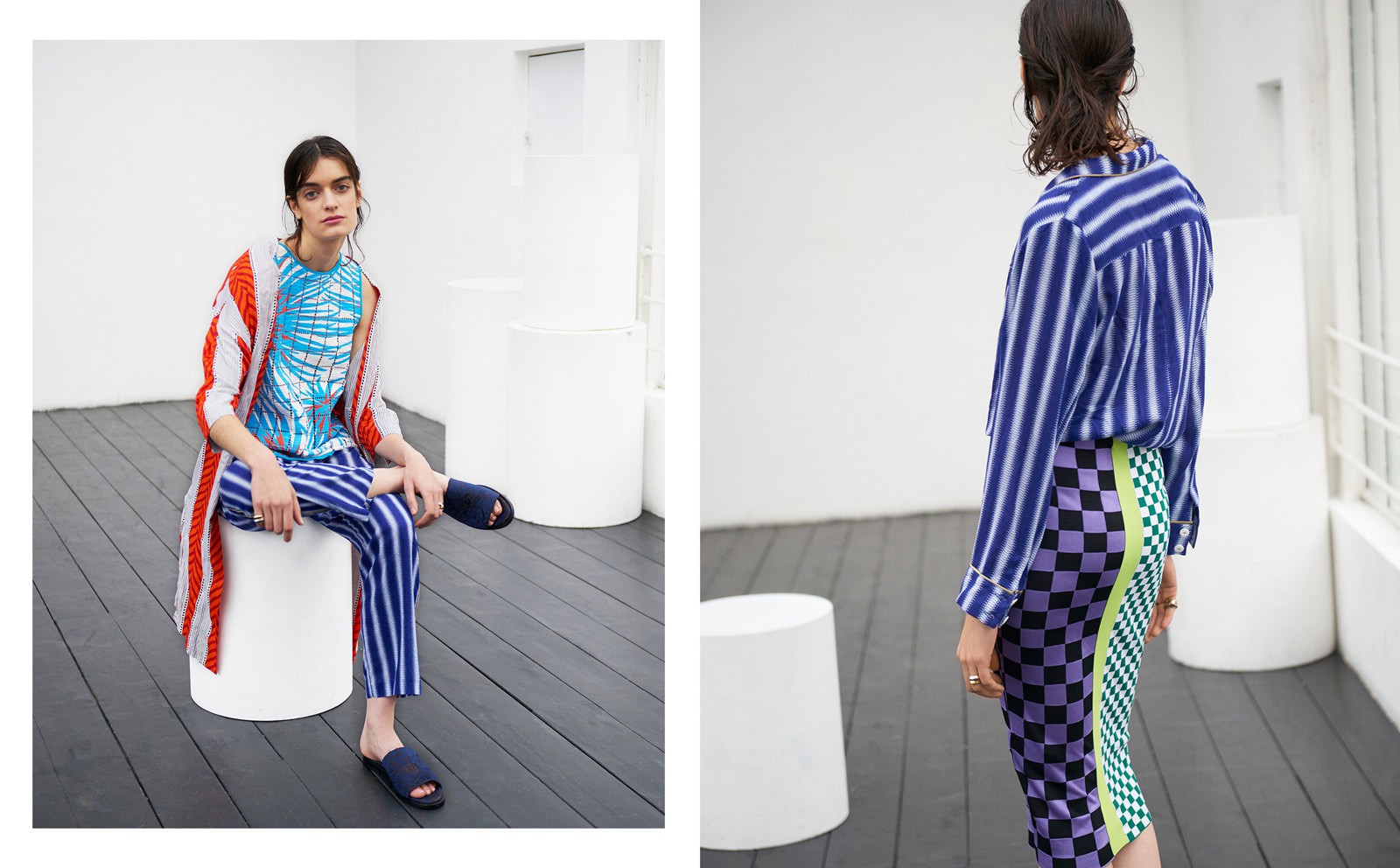 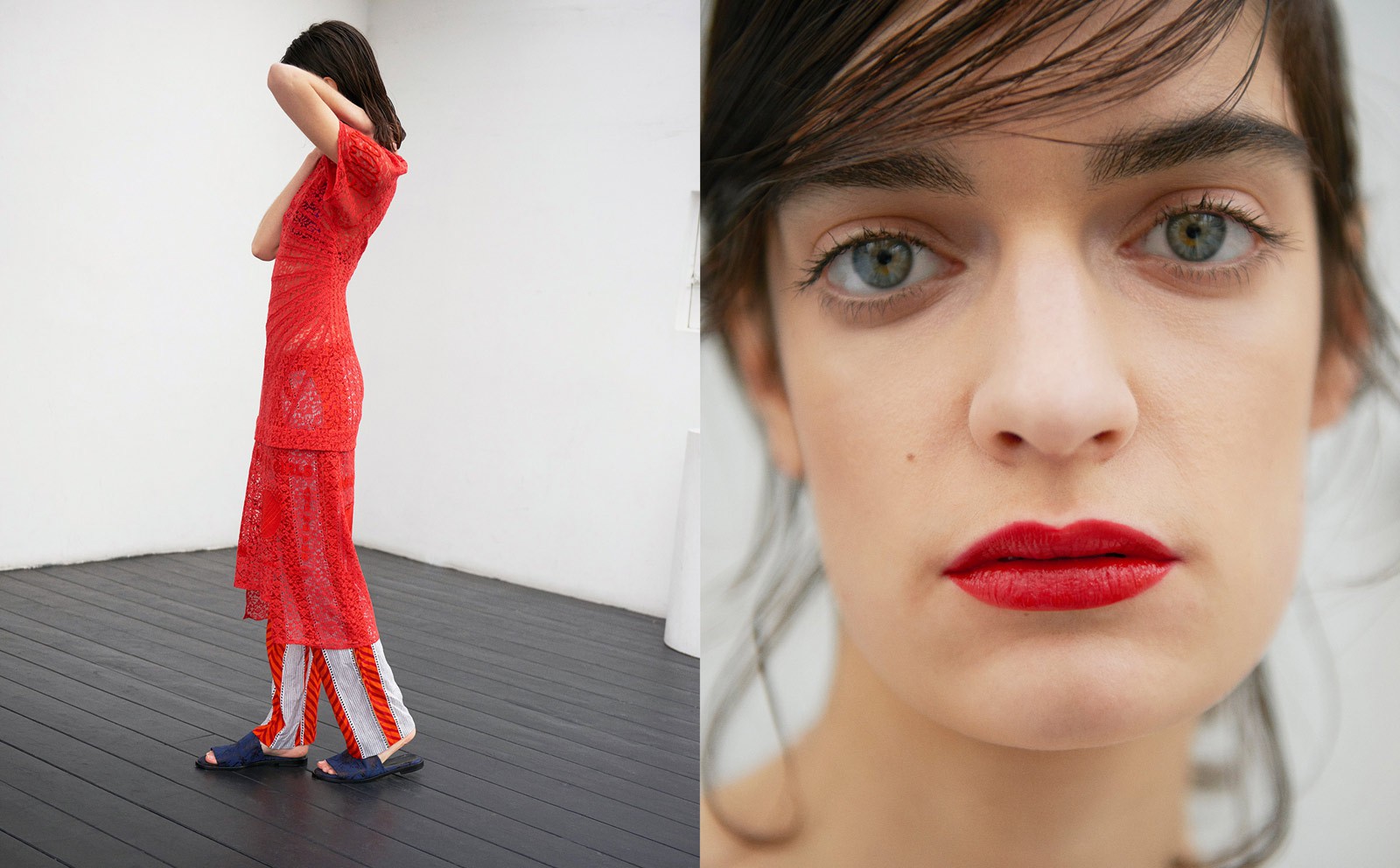 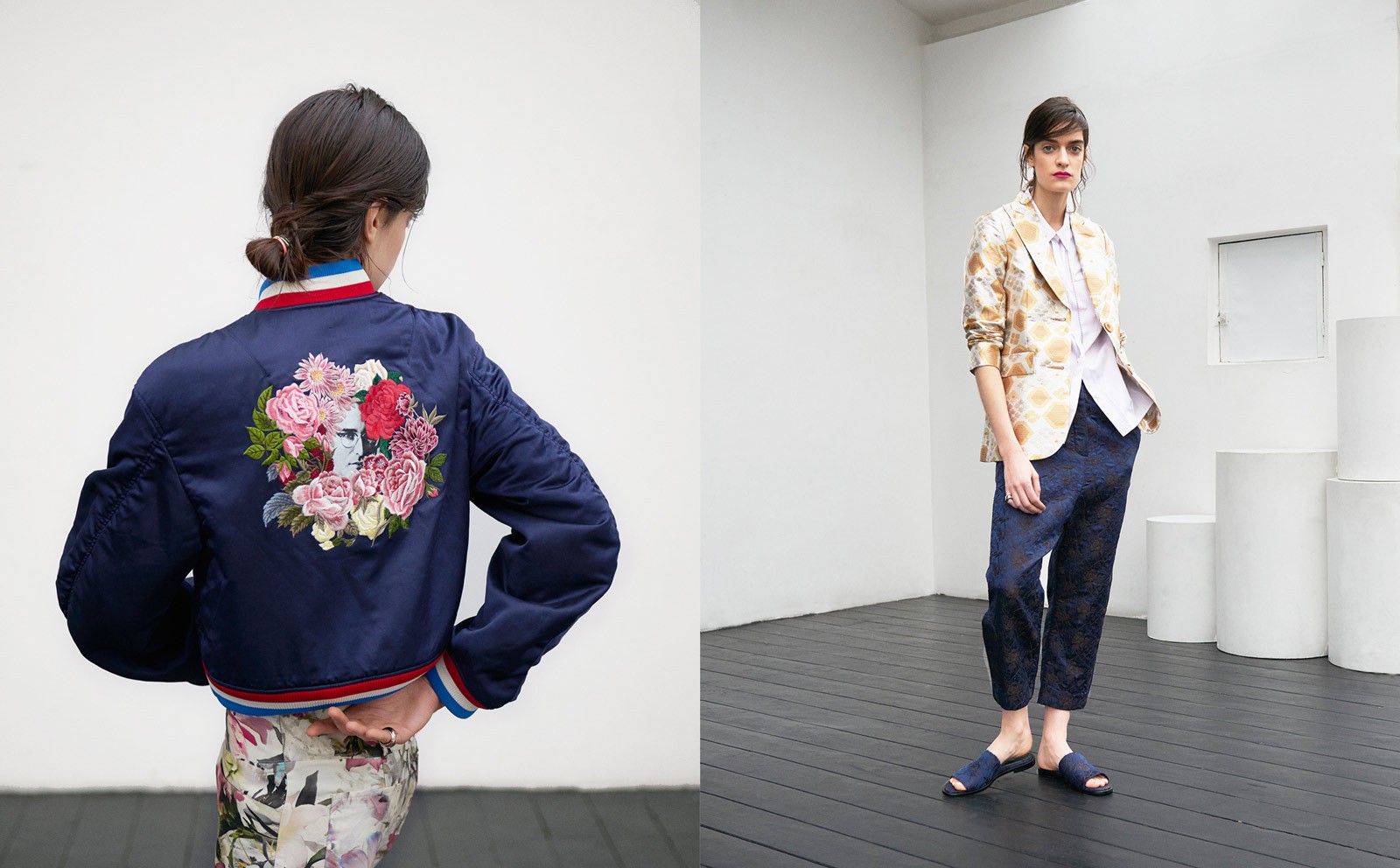 Left, jacket by UNDERCOVER, trousers by HEIMSTONE. Right, jacket by MANOUSH, shirt by HUBER EGLOFF, trousers and shoes by ELLERY. 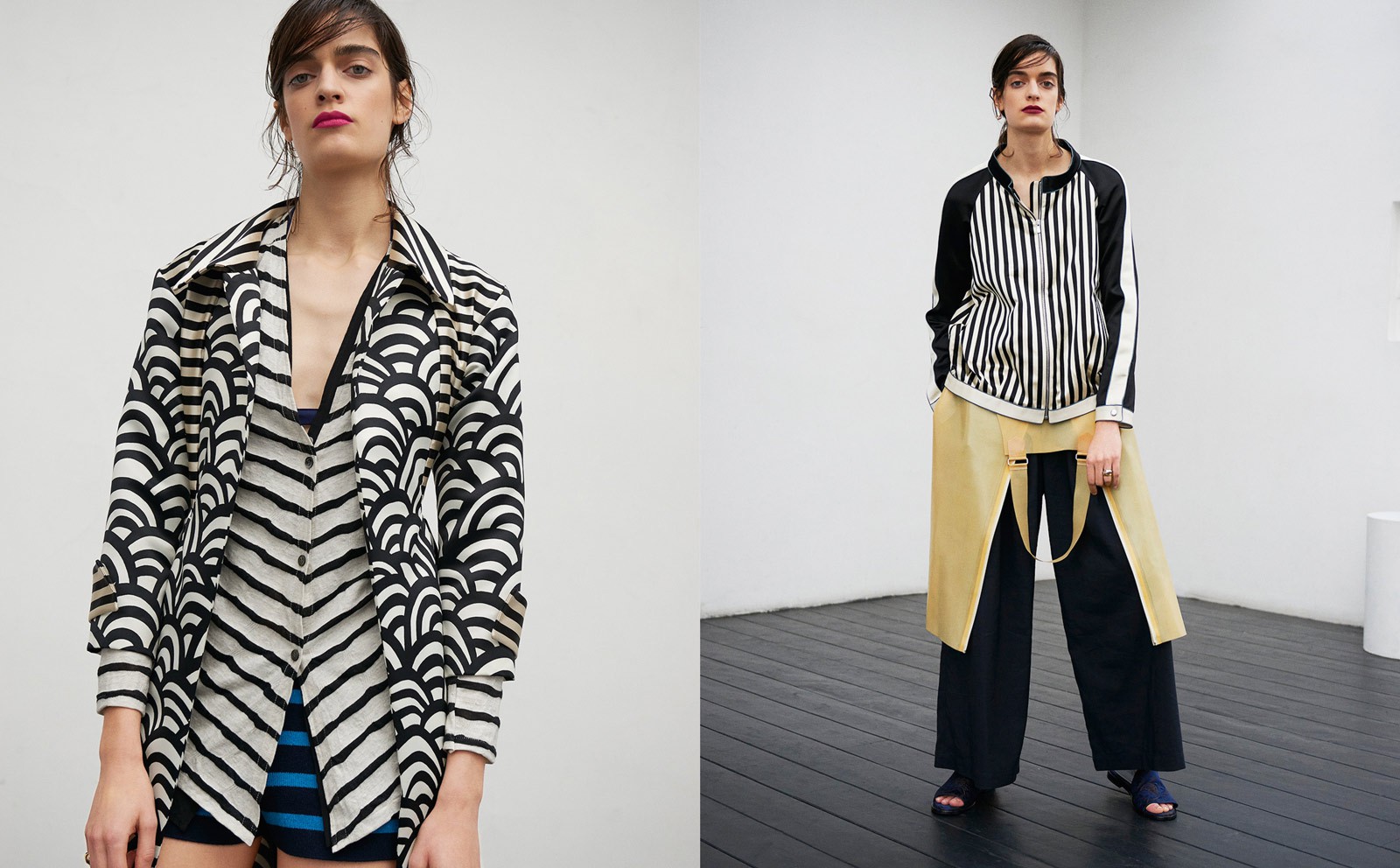 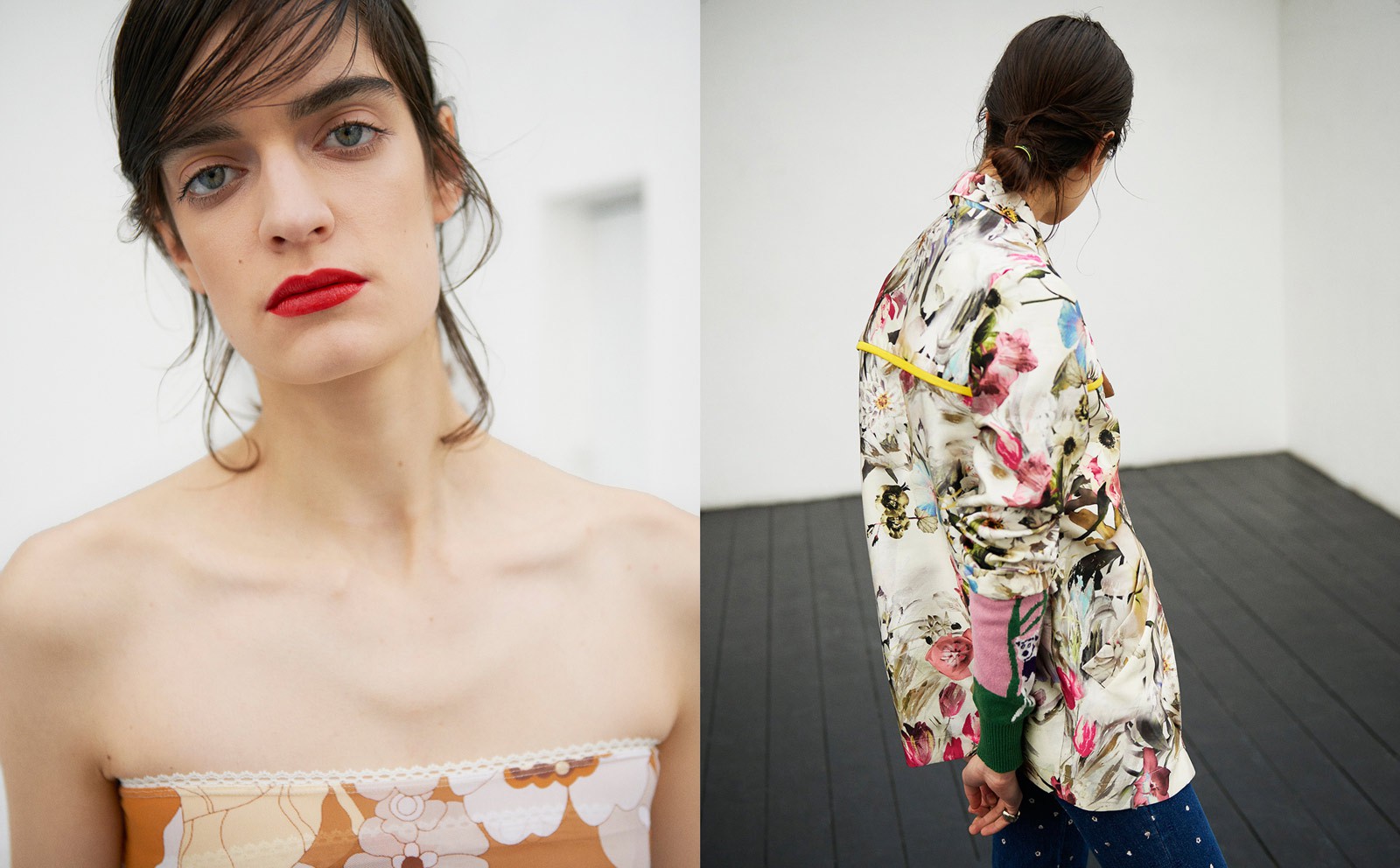 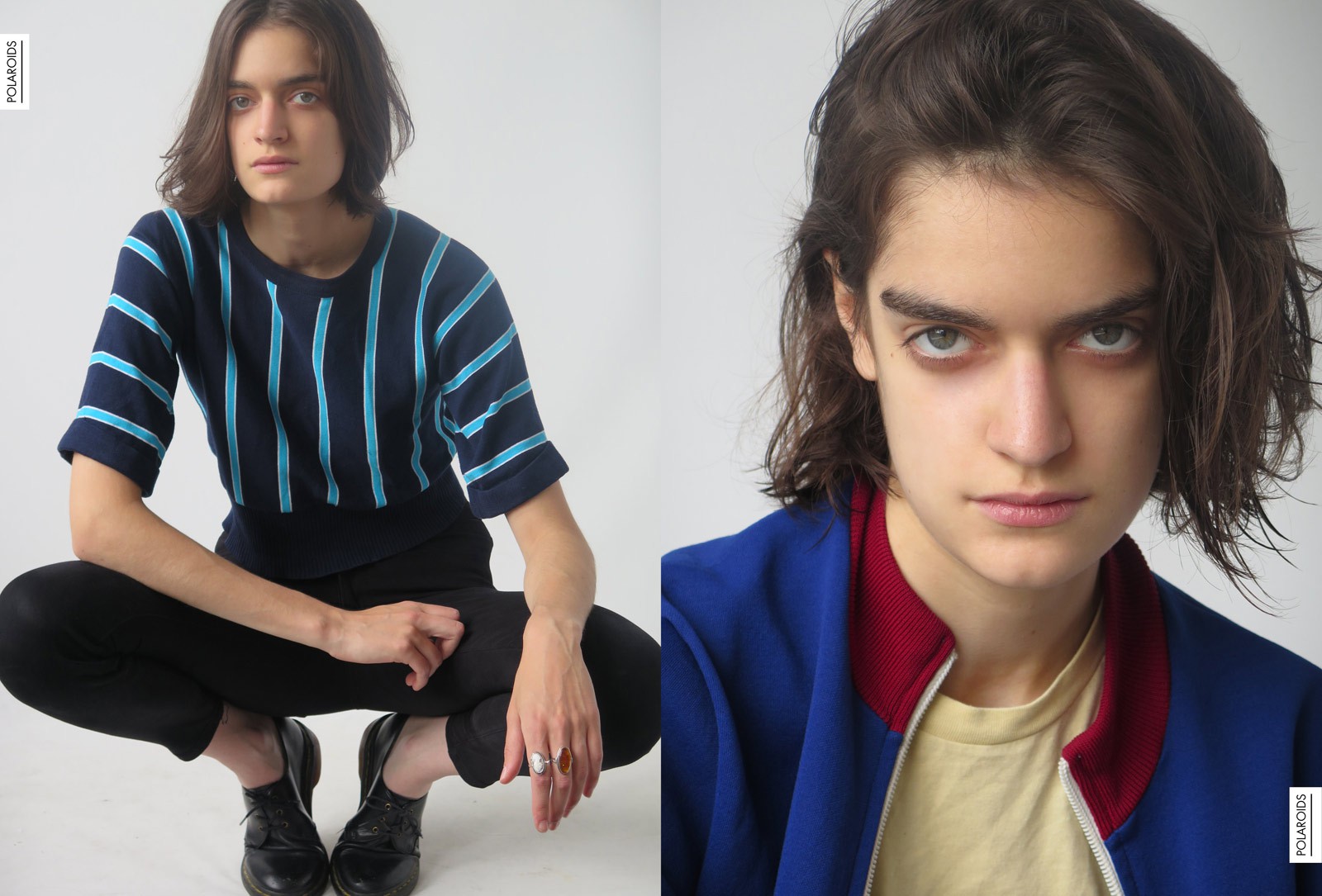 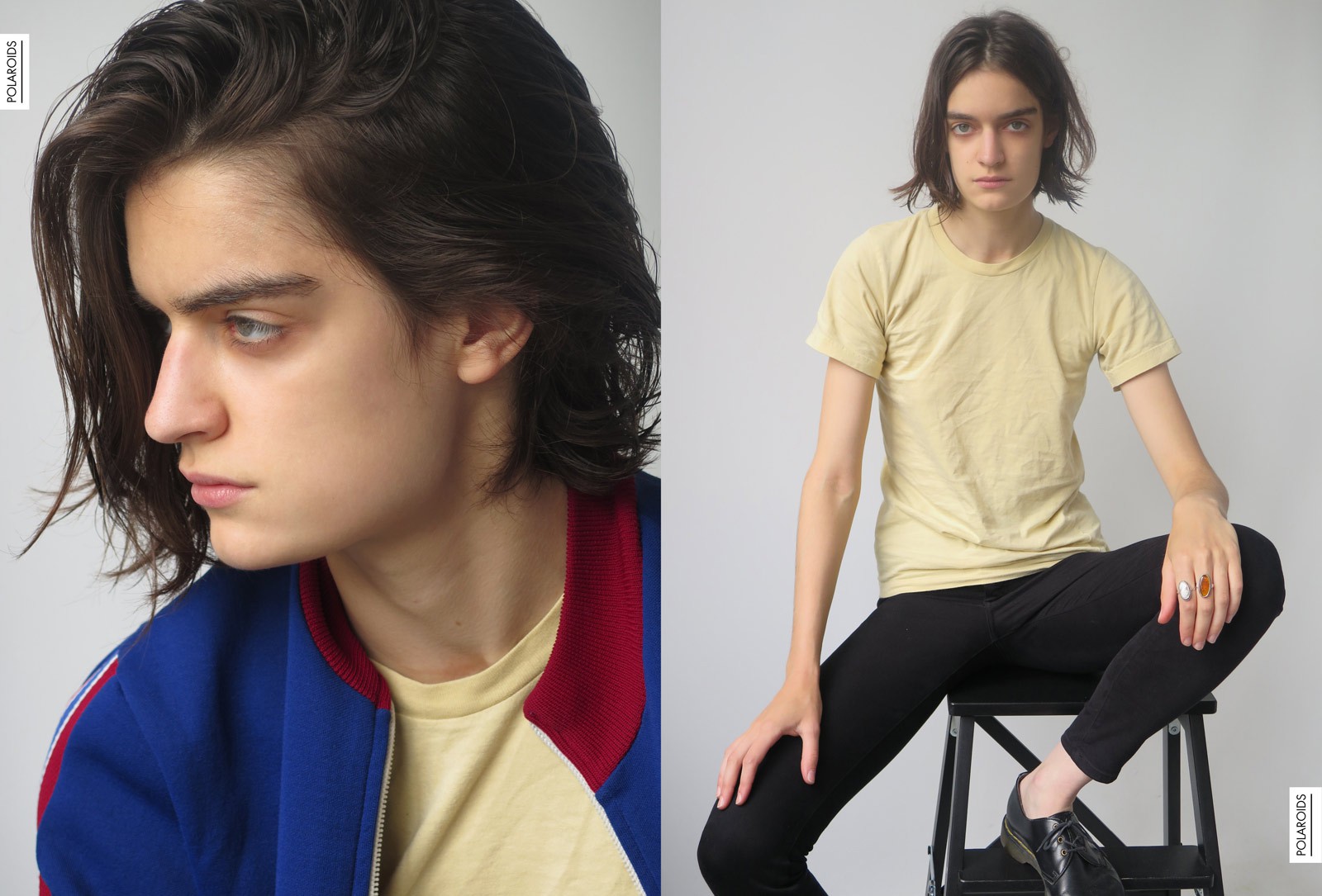 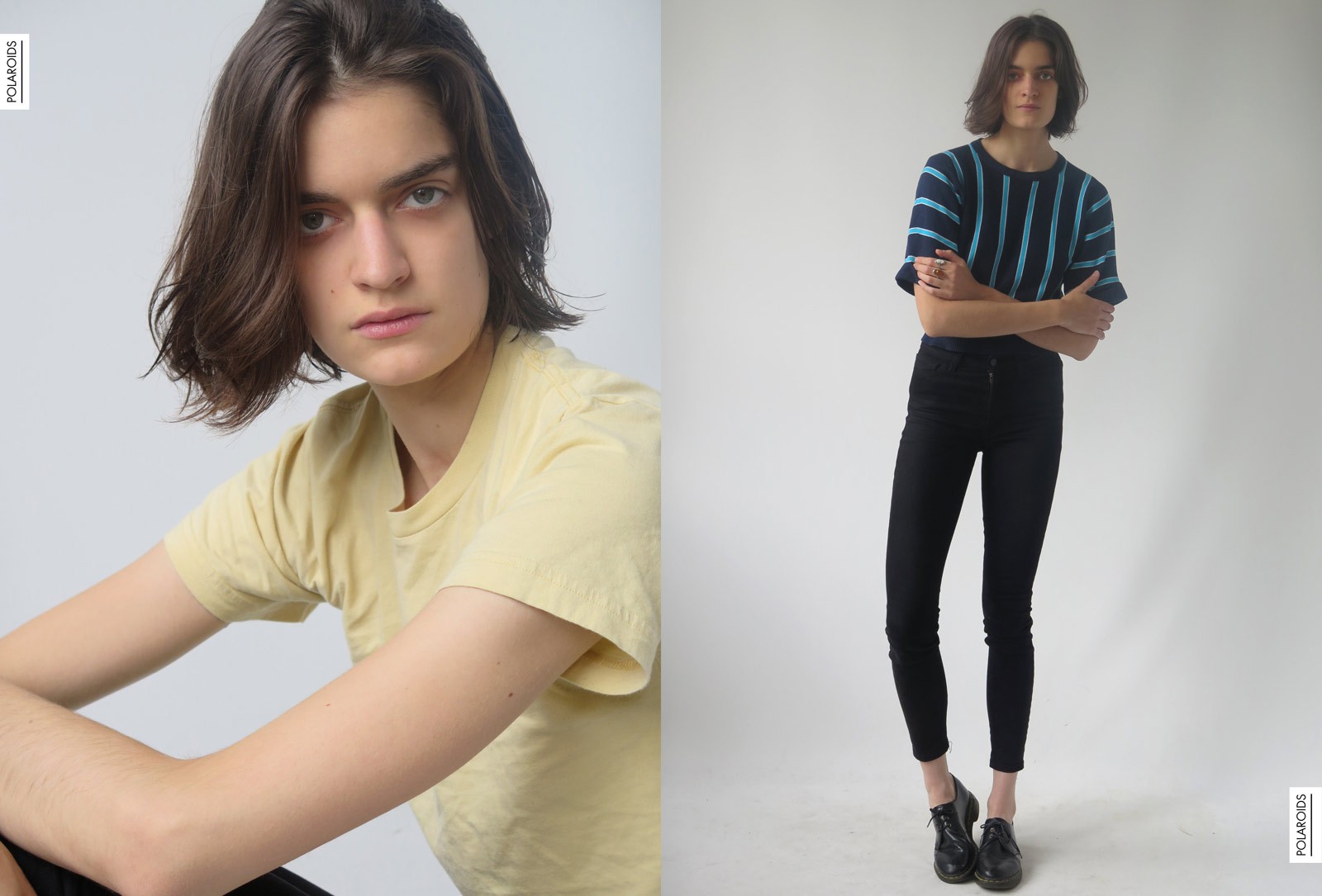 Céline was shot for MODELS.com by Wendelin Spiess, with styling by Jessica Gordon, hair by Takayuki Nukui, and makeup by Gregoris Pyrpylis @ Calliste. Many thanks to Charlotte DuBos.

Height:
1m80 in the evening and 1m81 in the morning, did you know we are growing up every night?

Place of Origin:
I am from Paris, I was born in the 11th

Ethnic Origin:
My family background is only French, even if I discovered that I have a 1% Hungarian background

Birthsign:
I am an Aquarius

How discovered:
By 21, I decided to try modeling before I got too old, haha. At that time I was doing some computer maintenance in my university as a student job. After I sent a few emails, I met a few people, I’ve been told that I was too edgy or too old. So I finally sent an email to IMG Models, this huge American company. And they proposed me to sign with them directly after they got my email and pictures. Crazy!

What was your first modeling job?
My first job was a shoot and I was a bit uncomfortable in front of the camera. The pictures came out after a while and I really feel I can do better now hahahaha

Favorite things:
I can’t live without music and my headphones.

What are you listening to at the moment?
At the moment, I love Die Antwoord, Yung Lean and niteboi, and I can’t live without them. I also love the new band Dead Sea. I play in their new video.

Favorite movie, tv show:
Recently I really enjoyed watching Black Mirror. Also, I love documentaries. My favorite movies are the movies from David Lynch. I will always remember the week I became crazy by watching all his movies. I was alone at home during summertime and I discovered the movies of David Lynch. I couldn’t stop watching them one by one. Then I watch all the Twin Peaks TV show from David Lynch. After this I became totally paranoid and I couldn’t go outside anymore for a while, hahahahaha.

Favorite designer, fragrance or beauty product:
I would say my favorite designers are Dries Van Noten, Comme Des Garçcons, Margiela. This season I really enjoyed watching the last Jeremy Scott show which I found so cool.

What were you doing before modeling?
I am still in University, studying! For now I got my Licence, which is a French 3 year diploma. I got it in Mathematics, with a computer science option. And as a student job, I was doing some maintenance work on the computers of my university for a few years before becoming a model.

What would you be doing if you weren’t modeling?
I have different ideas… About computer science as mainline. If I can I would like first to do some research in this field because I love studying and I love university (even if I miss a lot of different courses because of the crazy fashion weeks). Then later I want to create my own company. I have some ideas about it but I don’t want to talk about it for now.

What’s something uncool that you love anyway?
Hmm… I think it’s better to skip this question.

What’s the best thing about your hometown/country?
I miss walking in the street of Paris so much when I am away from home.

What’s the best piece of advice you’ve ever been given?
Don’t trust any one unless you have no choice, hahaha