Model of the Week: Matt Doran 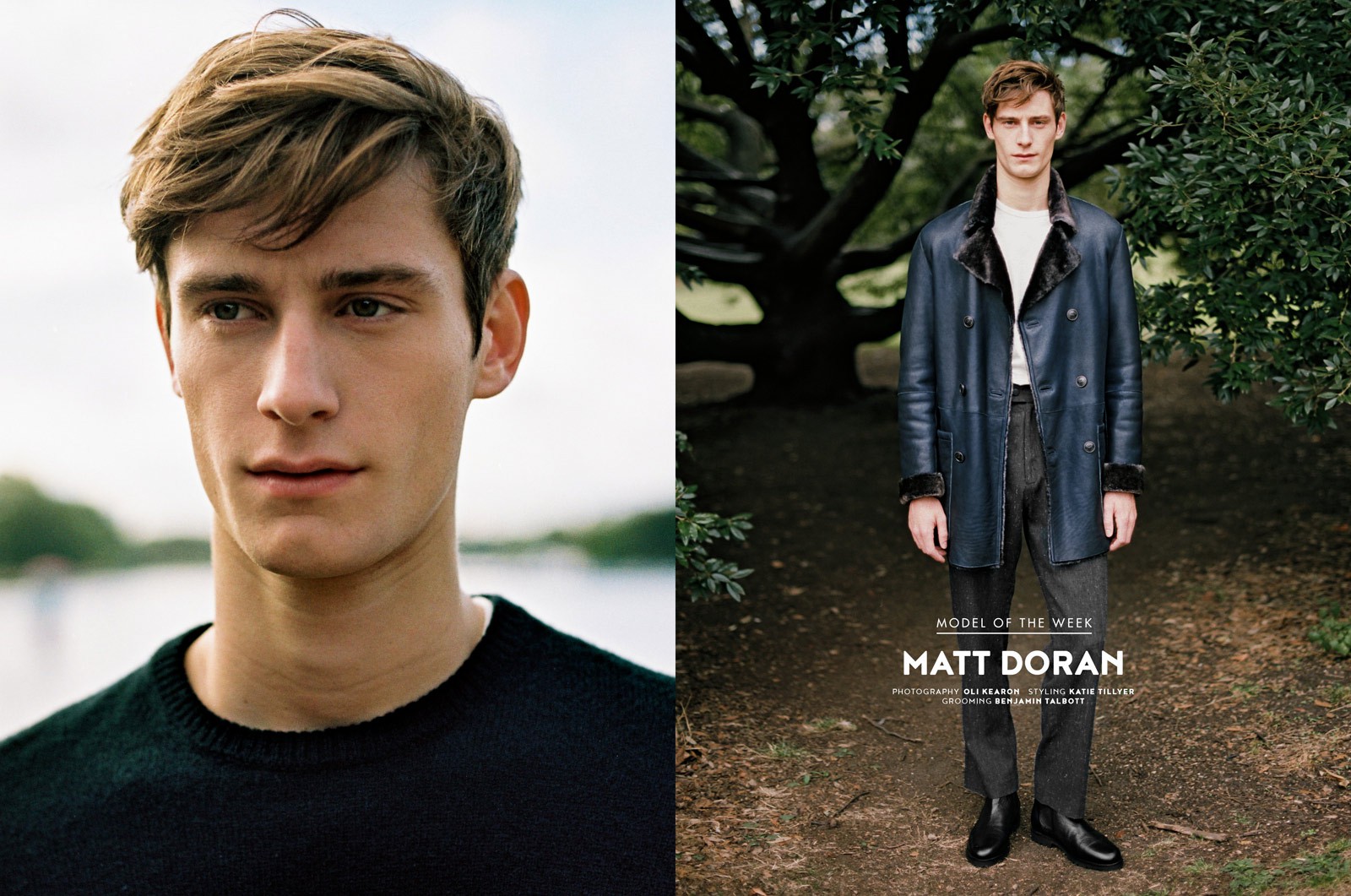 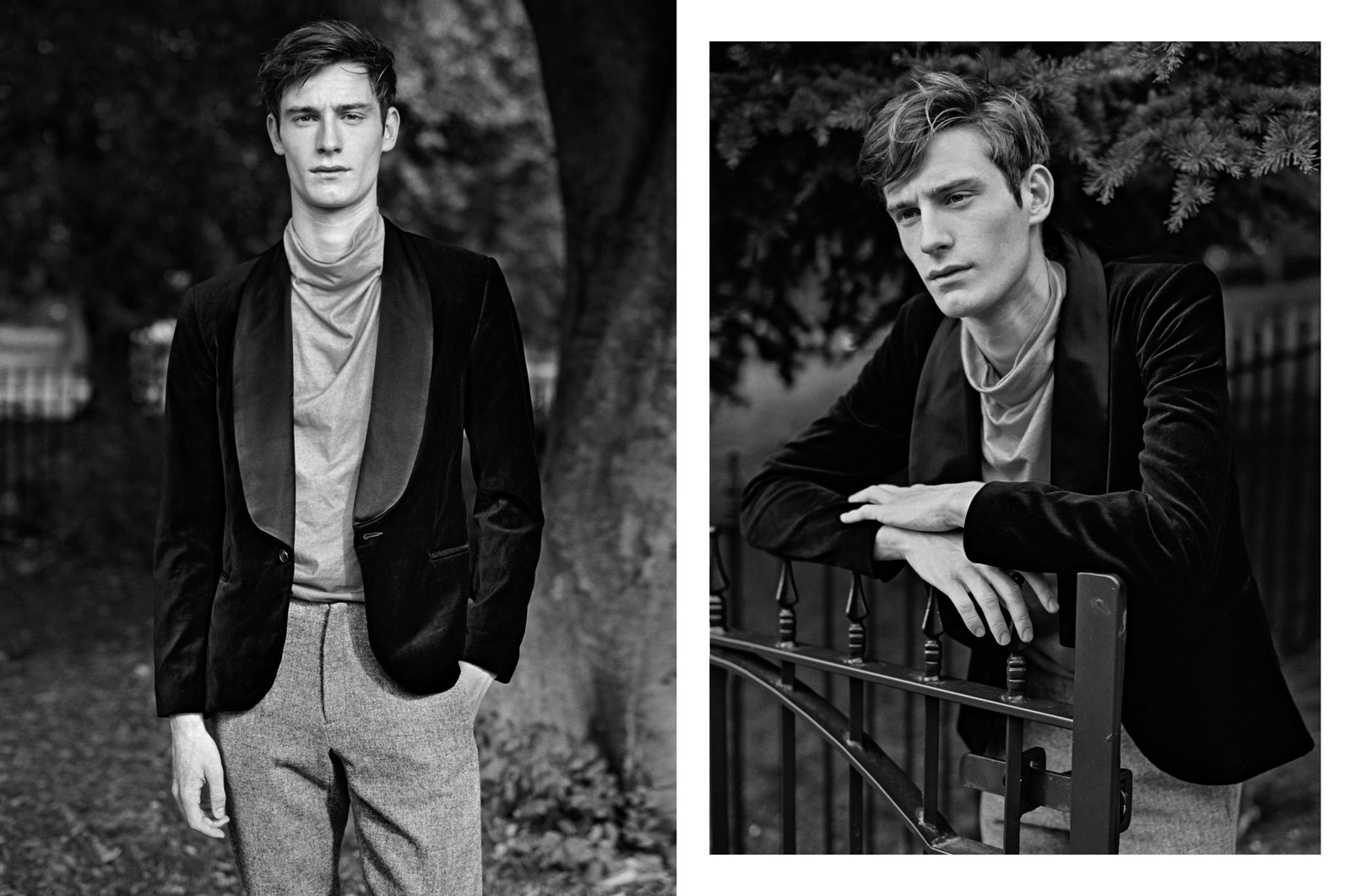 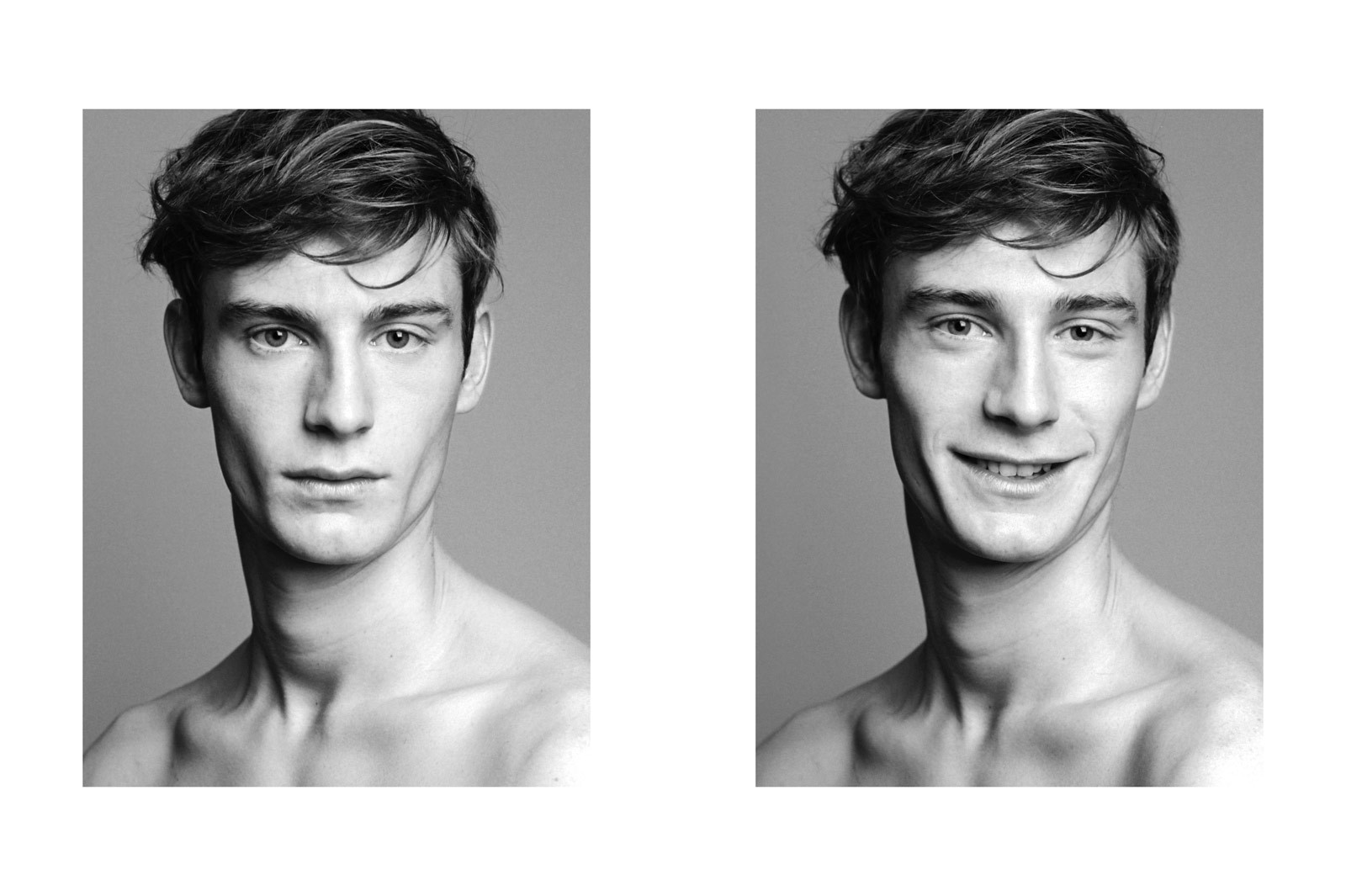 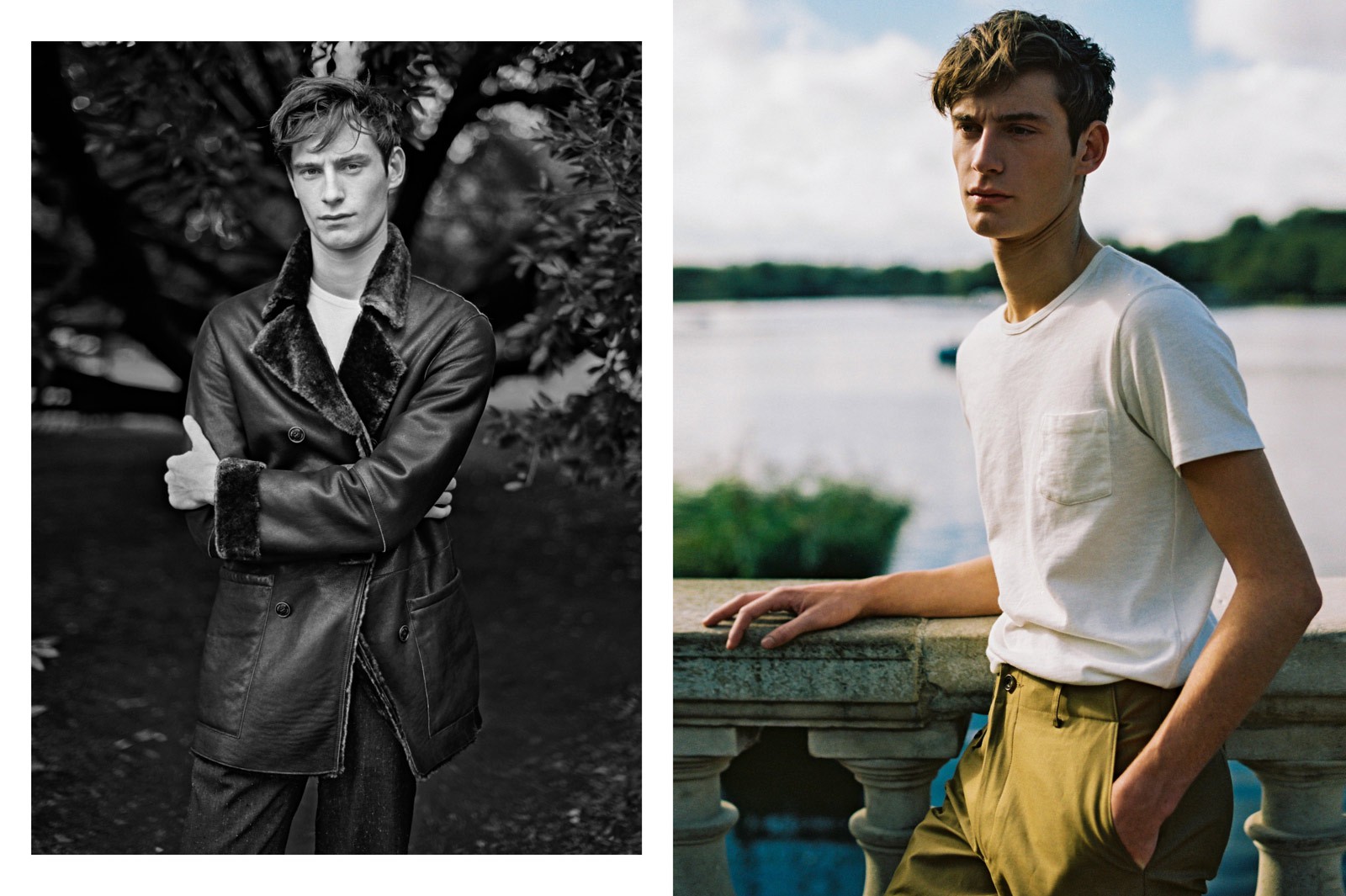 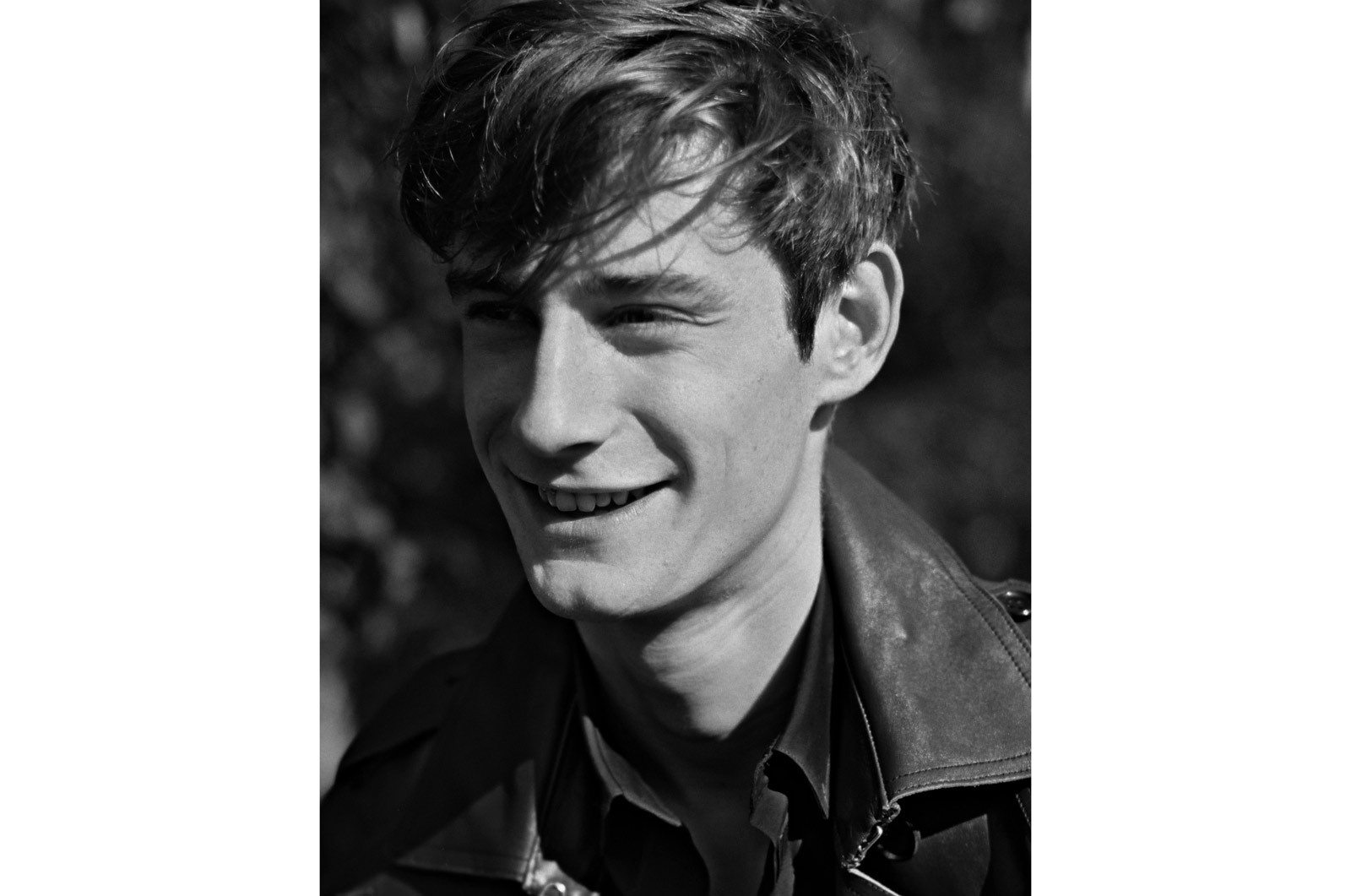 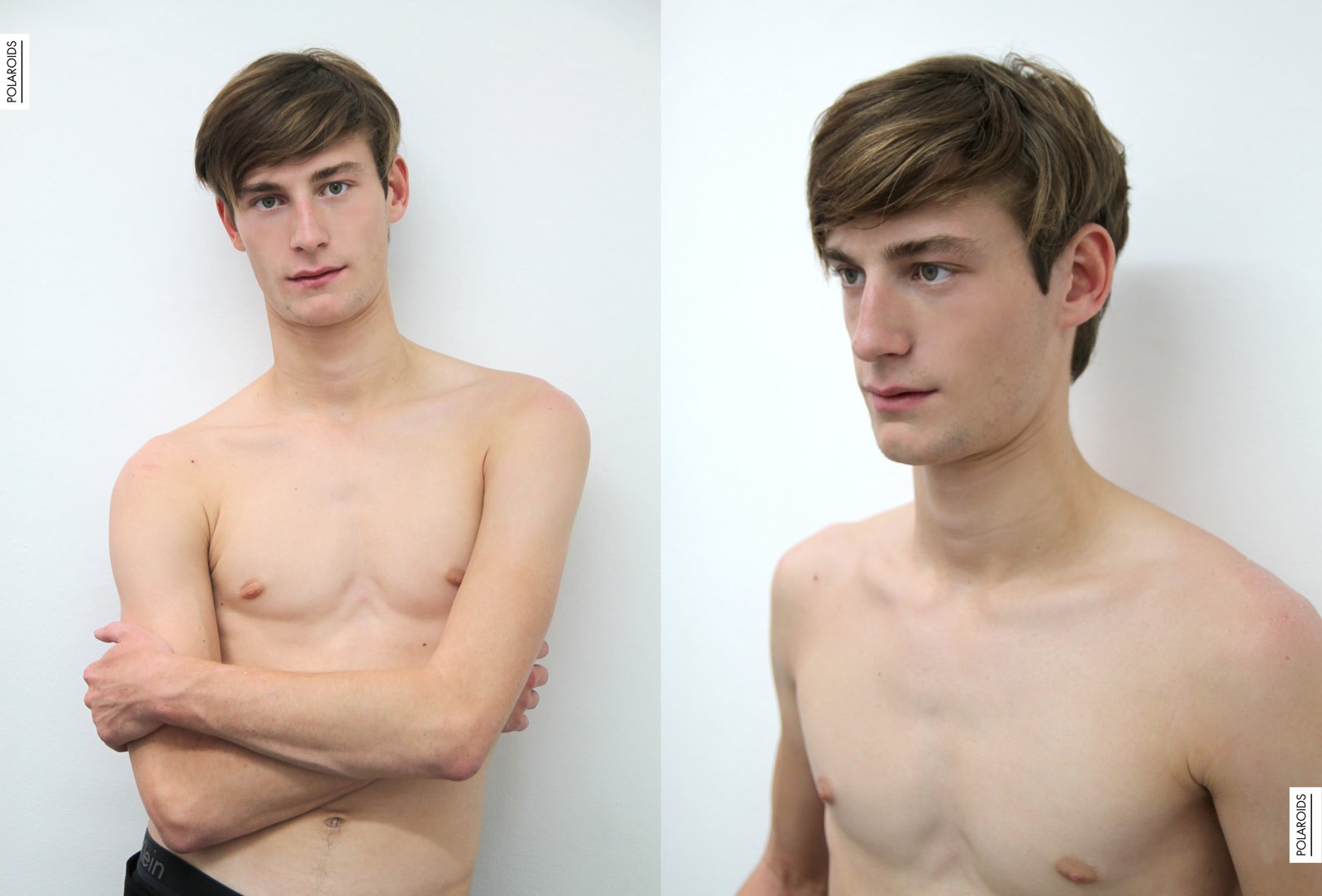 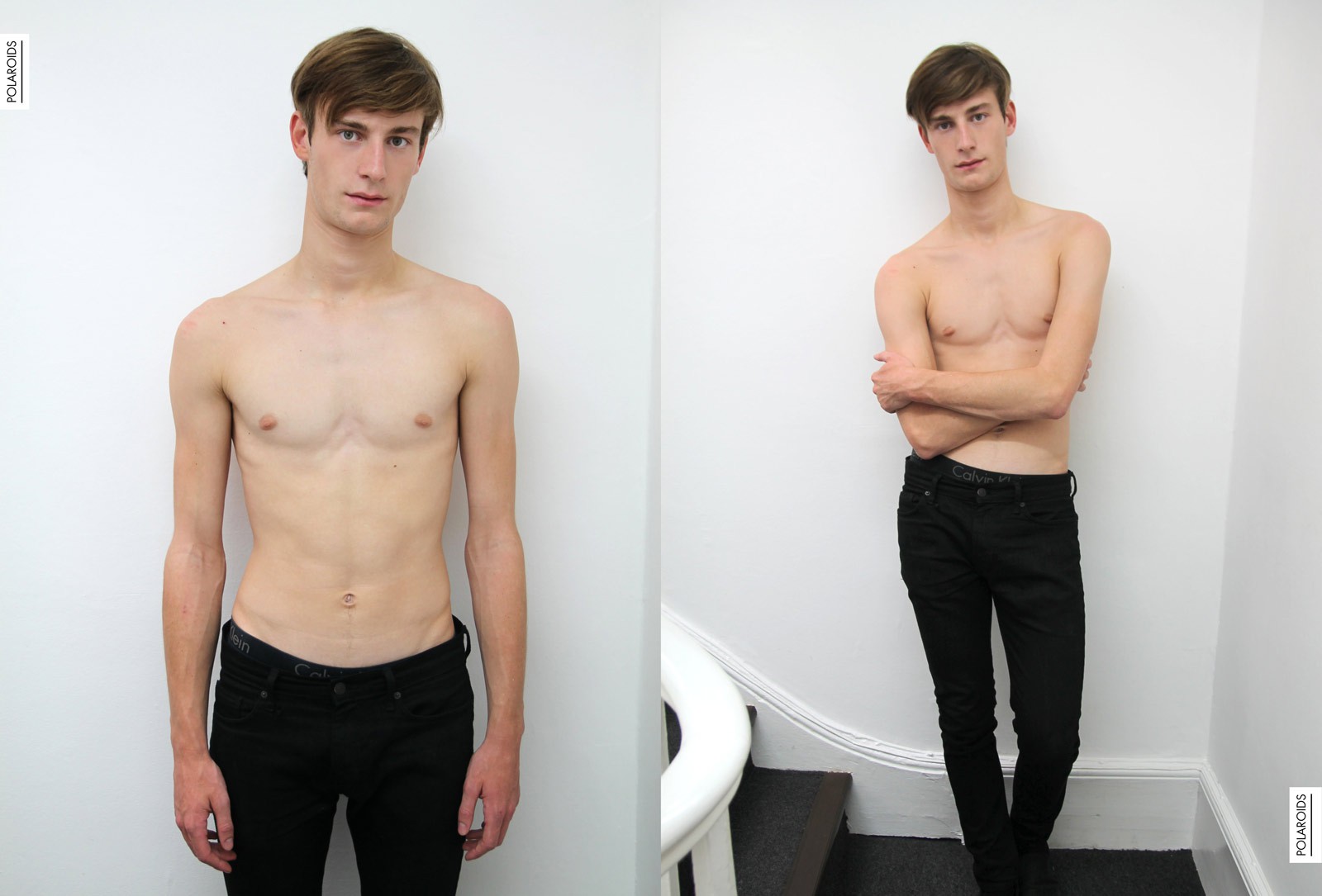 Matt was shot exclusively for MODELS.com by Oli Kearon, with styling by Katie Tillyer, and grooming by Benjamin Talbott. Interview by Jonathan Shia. Digitals courtesy Amelia Scarborough at PRM.

How discovered:
My friend was scouted out shopping for a competition, Next Hot Model UK, and I went with him to the competition because we’re friends and we just thought it would be good fun. Then I got scouted there. I was there anyway and it was the start of summer and I was like, “You know what, let’s do it.” We did the competition. It was good practice—you had to walk on a runway and everything. My friend came third and I didn’t place. Two weeks later, I did the Burberry show. It was very sudden.

Favorite things:
I love traveling. Traveling’s amazing and this job is the best way to do that. I love my dog. I’ve a cockapoodle, she’s about guinea pig size. Her’s name’s Suzy.

Favorite place that you’ve visited:
Thailand. I went on a family holiday to Koh Samui. If you’ve never been, go to Koh Samui. There’s a lot of islands to visit there, though. If I went back I probably wouldn’t go there, I’d go to Krabi or somewhere. There’s lots of place to go.

What are you listening to at the moment?
I listen to most things. I like reading more than listening to music. Music’s such a broad thing, you can’t just sit and listen to one thing over and over.

What are you reading at the moment?
Right now, I’m reading The Lord of the Rings, the second one. I’ve read it once before but it was so big and I sort of left the book at home when I was traveling and I just forgot to pick it back up so now I’m just picking it back up. It’s insane though, I love that book.

Favorite movie, tv show:
TV show, it’s got to be Friends. I know you say, because you’re American, Brits aren’t over Friends, but it is really, really good. I also like Family Guy. Film, Good Will Hunting’s amazing. It really is a good film.

Favorite designer, fragrance or beauty product:
I really like this old Burberry fragrance, it smells so good. Favorite designer, that’s got to be Alessandro at Gucci, isn’t it? I did the second season after he took over and his designs are brilliant. He’s really good and the whole team, they work really hard all together. They’re really good people. I haven’t been to the new offices yet but I’m sure it’ll be cool. They love to gold it up and stuff. He’s so busy, he does everything.

What were you doing before you started modeling?
I was at university in Swansea, Wales, near where I was born. I was doing mechanical engineering. I dropped out in the end to do this. I’d have another two years.

What would you be doing if you weren’t modeling?
I’d prefer, rather than going back to university or anything, to go down more of a creative route. I think I’m really interested in photography. I know a lot of models always go into acting or something, I kind of don’t see myself as that. Photography’s great. It’s really interesting being able to do it. I’ve got my own camera now. I’ve only just started, but it is an idea I had. I’ll give it a crack.

What’s something uncool that you love anyway?
I really like Minecraft, it’s awesome, and X-Box games. It’s not the coolest thing to do. I spend a little bit of time on it. If someone’s watching a TV show, I just play X-Box instead. I don’t sit on it all day. Also, I read two or three of the Twilight series because my sister forced me to do it because she’s a girl, and I just listened to her and I read some and I just cried. It was so bad.

First modeling experience?
That was the Burberry show. It was a different world, the biggest show in London. For the castings and everything leading up to it, I went to three or four, five castings before it, because you meet one person and then you get another level up and then eventually you meet Christopher Bailey. I didn’t know what Burberry was. I’d never heard of Burberry and then I just went to my family like, “Yeah I’m doing a show for Burberry,” and my sister was like, “Oh my god!” When I saw the stage when I walked up there, that was mad because it was just out of this world. It was just a different level. I’m never in the spotlight and then all of a sudden chucked onto a runway with loads of people watching you, it was exciting.

What’s the best thing about your hometown/country?
Where I live, it’s in the middle of nowhere. There’s one bus every two hours. I like the peace and quiet of where I live. That’s why I wouldn’t want to live in London, because it’s a bit too busy for me. I prefer the countryside.

Which brand would you really love to model for?
Coach. I really love their clothes and the fragrances smell nice.

Place you would love to visit:
Indonesia. My brother was there for his gap year and he said it was incredible and I’d love to go there. Vietnam as well, that sounds really fun. Asia in general sounds the best to me.

What’s the most difficult thing about modeling?
Languages, not being able to speak. I did French, but I didn’t really find it useful because I did not want to have anything to do with it, but now it turns out I travel to Paris so I probably should’ve stuck with it. I’m really looking into doing Italian. I love Italian, it’s such a beautiful language. I’m picking it up a little bit.

What’s the best piece of advice you’ve ever been given?
My dad told me to always plan for the future because no one plans your future for you, so you just need to make your own path. You just need to wake up every day and think about that.