Model of the Week: Jonas Fabienke 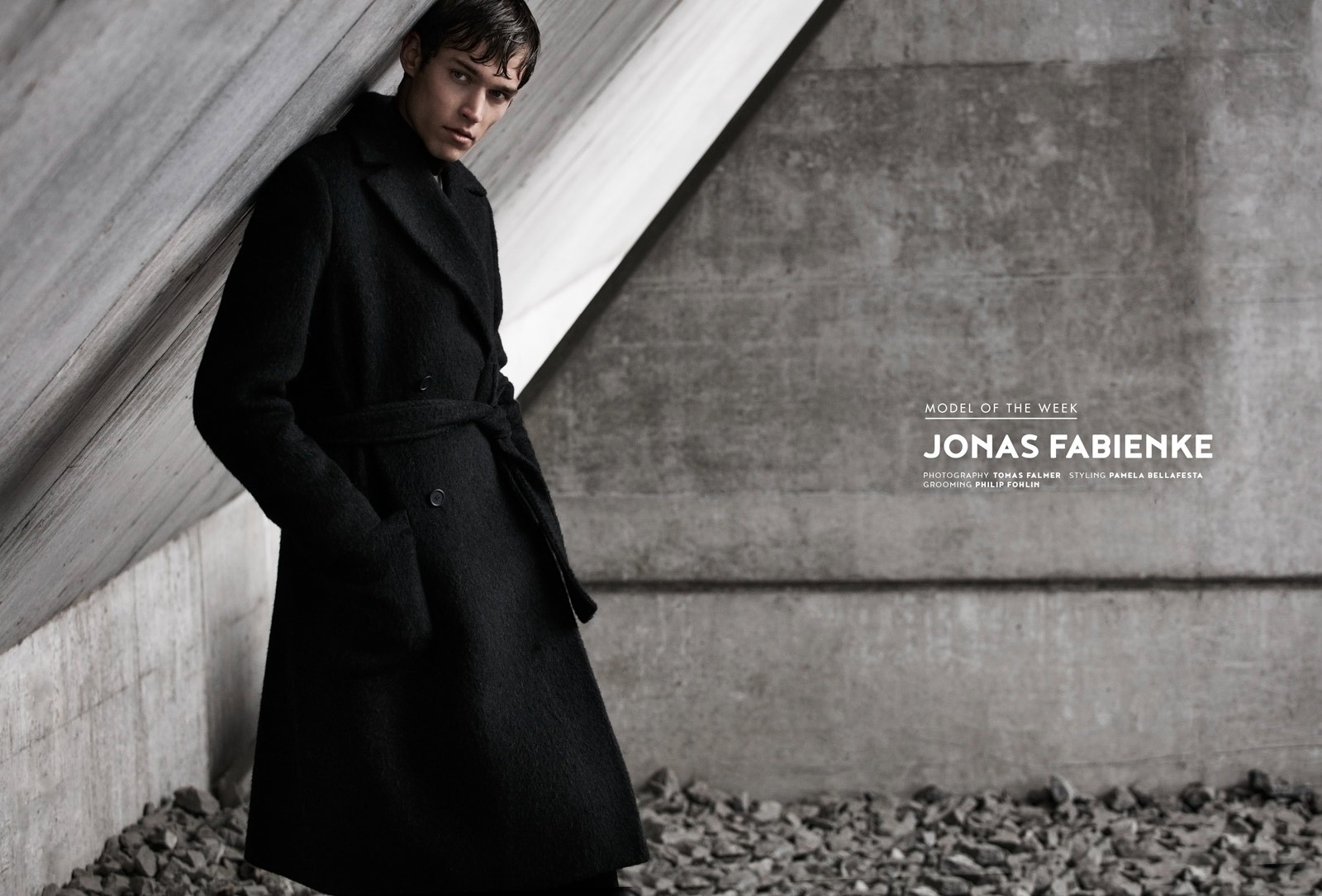 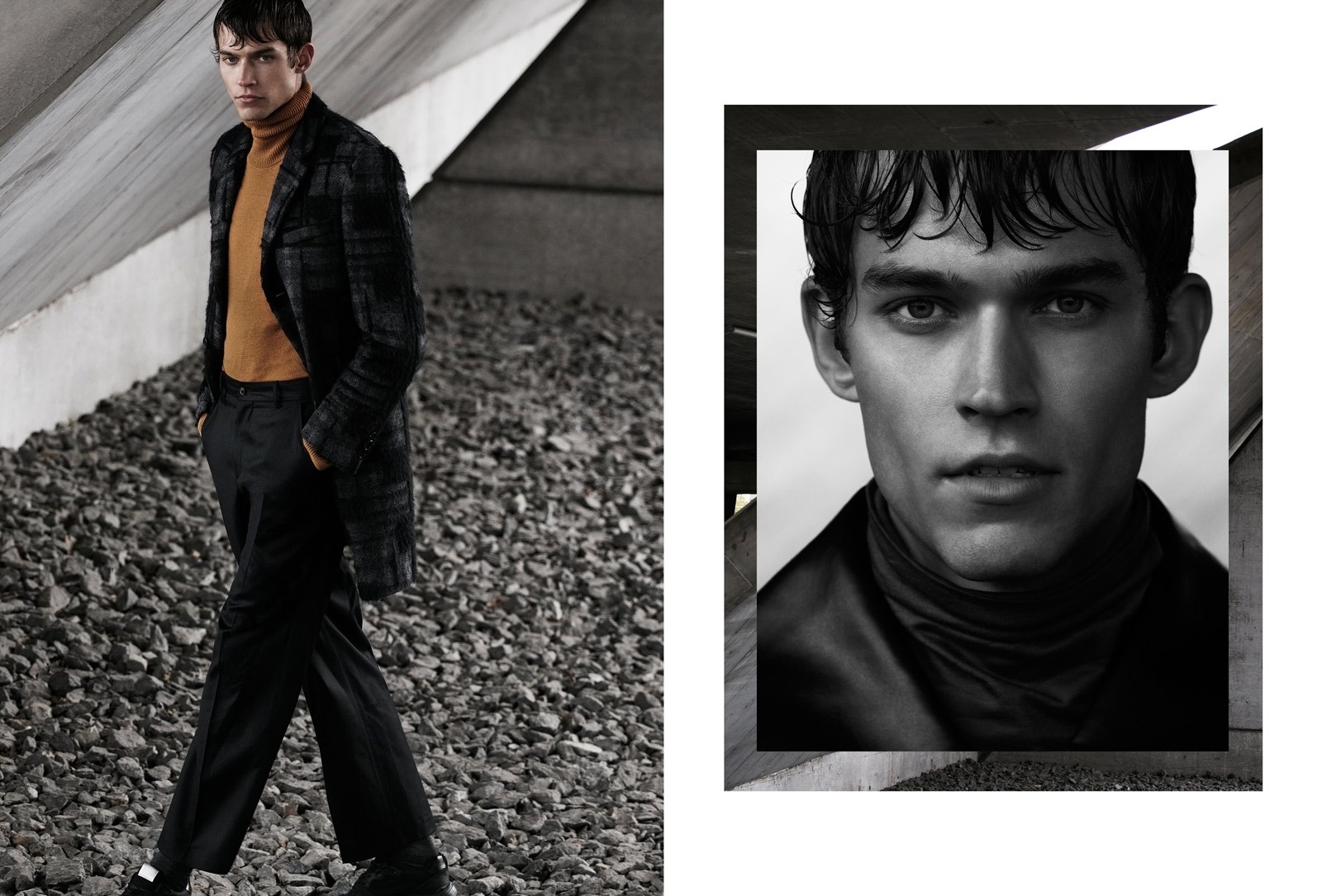 Left, biker jacket and jumpsuit by ACNE STUDIOS, sneakers by OUR LEGACY. Right, jacket and polo sweater by COS, jacket (worn underneath) by H&M. 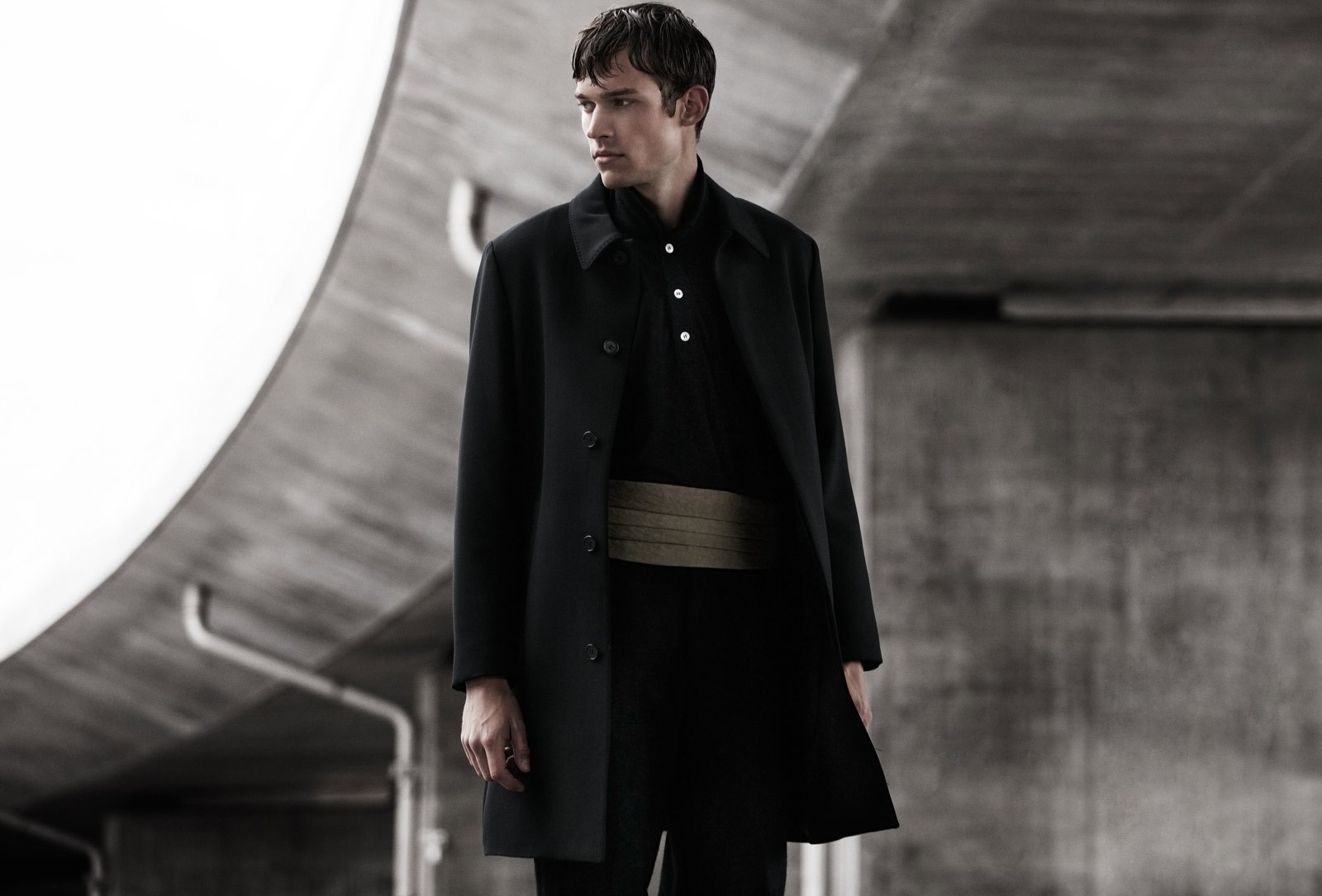 Coat by H&M, shirt and pants by OUR LEGACY, girdle by COS, shoes by EYTYS. 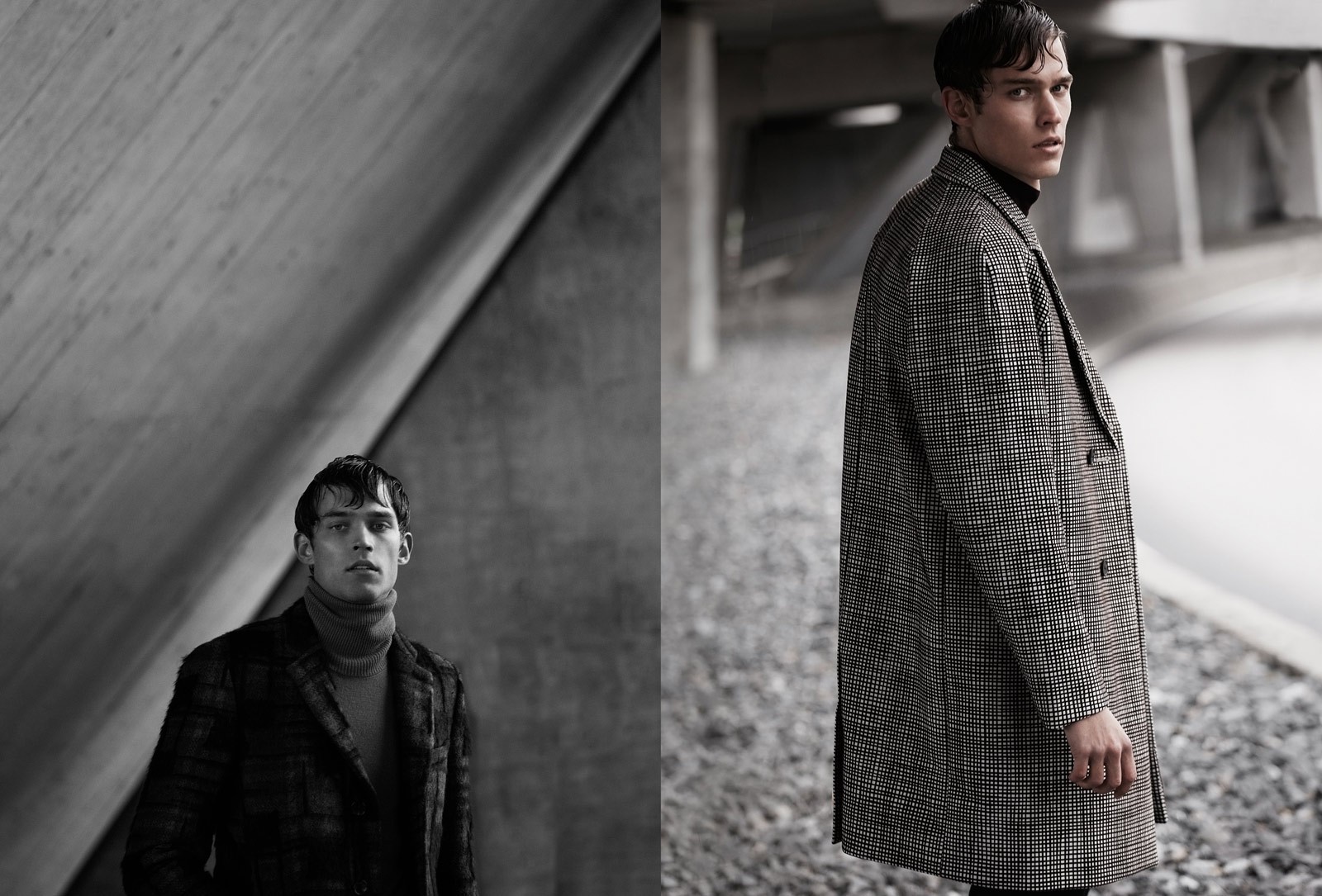 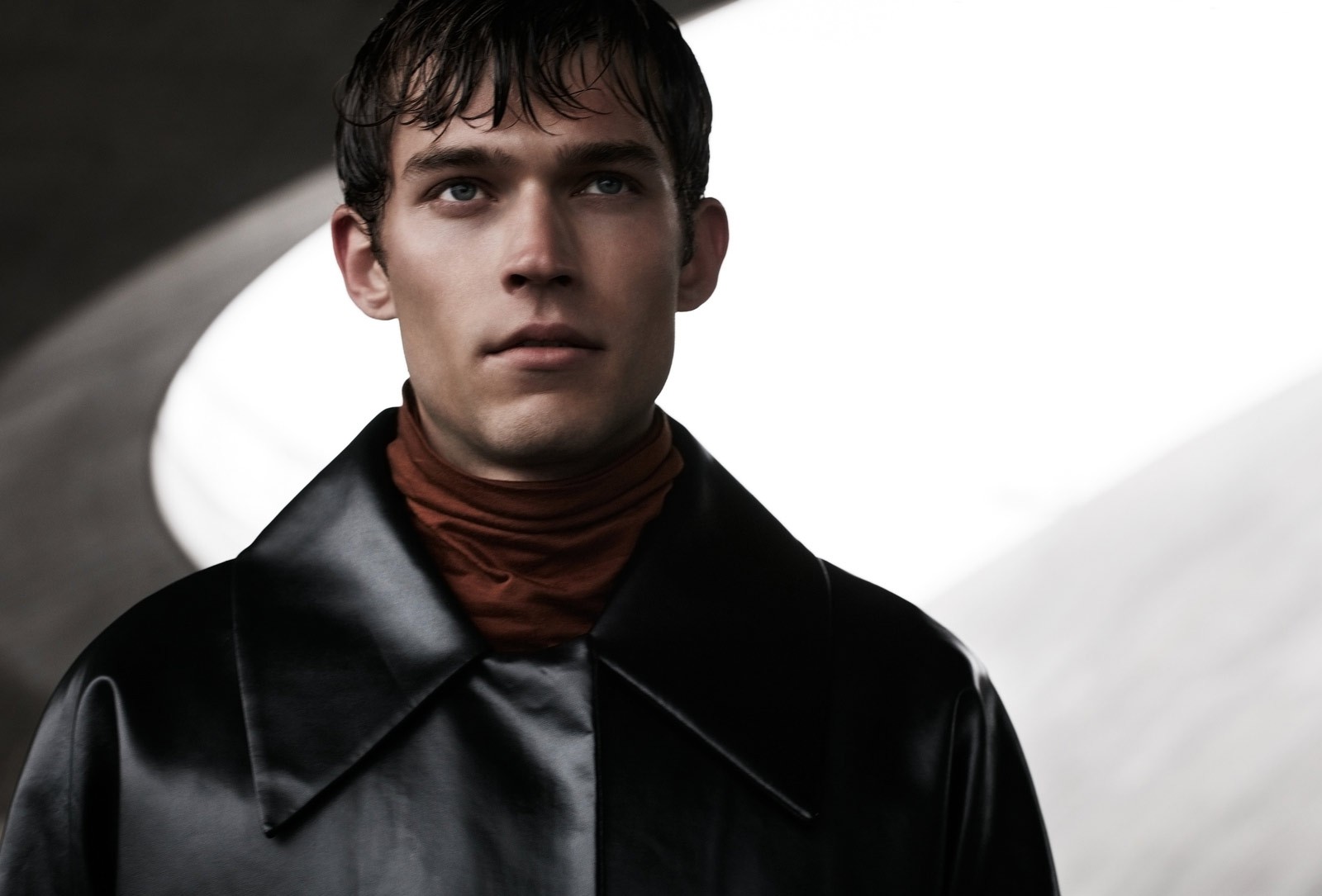 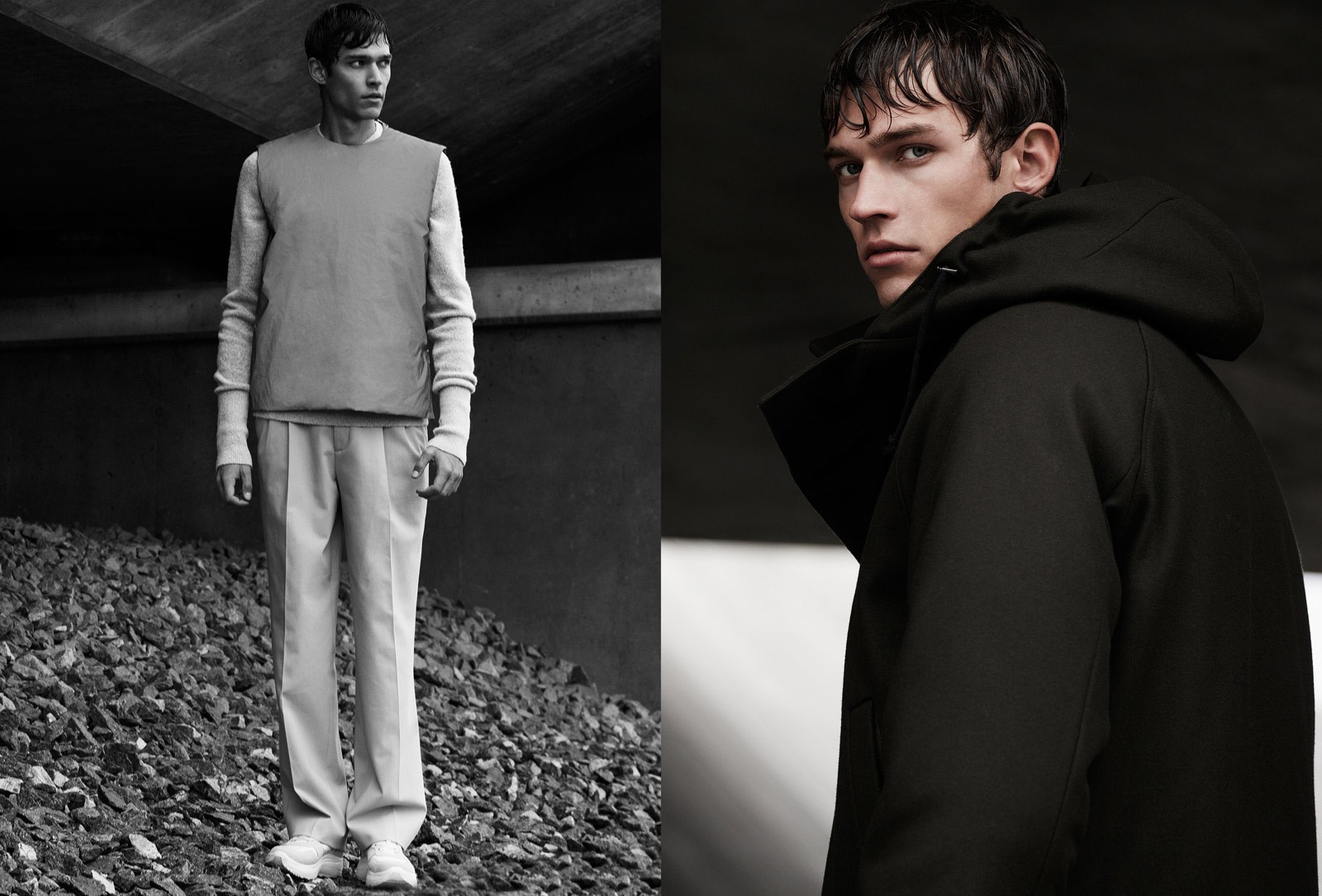 Left, outfit by COS, shoes by EYTYS. Right, jacket by FILIPPA K. 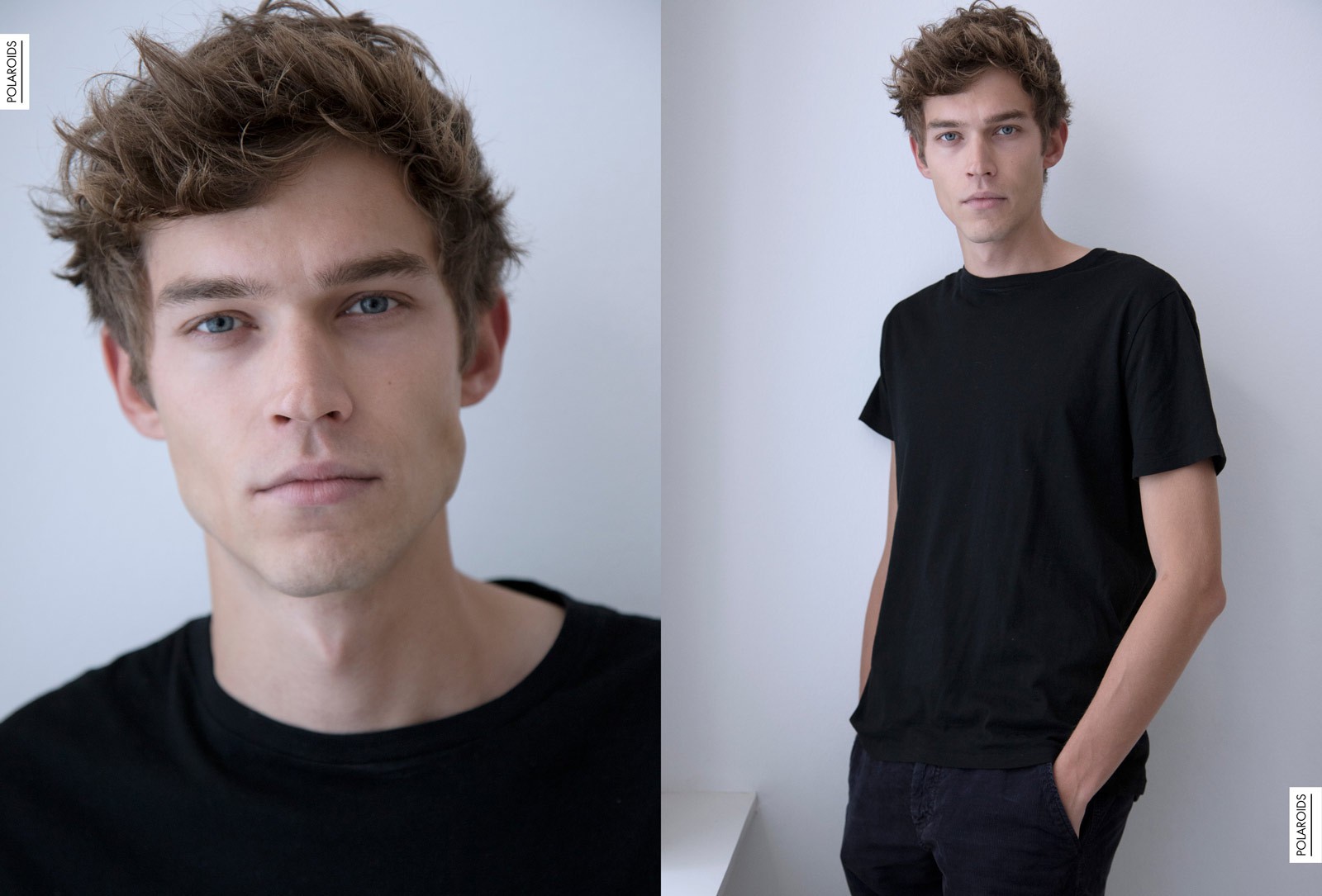 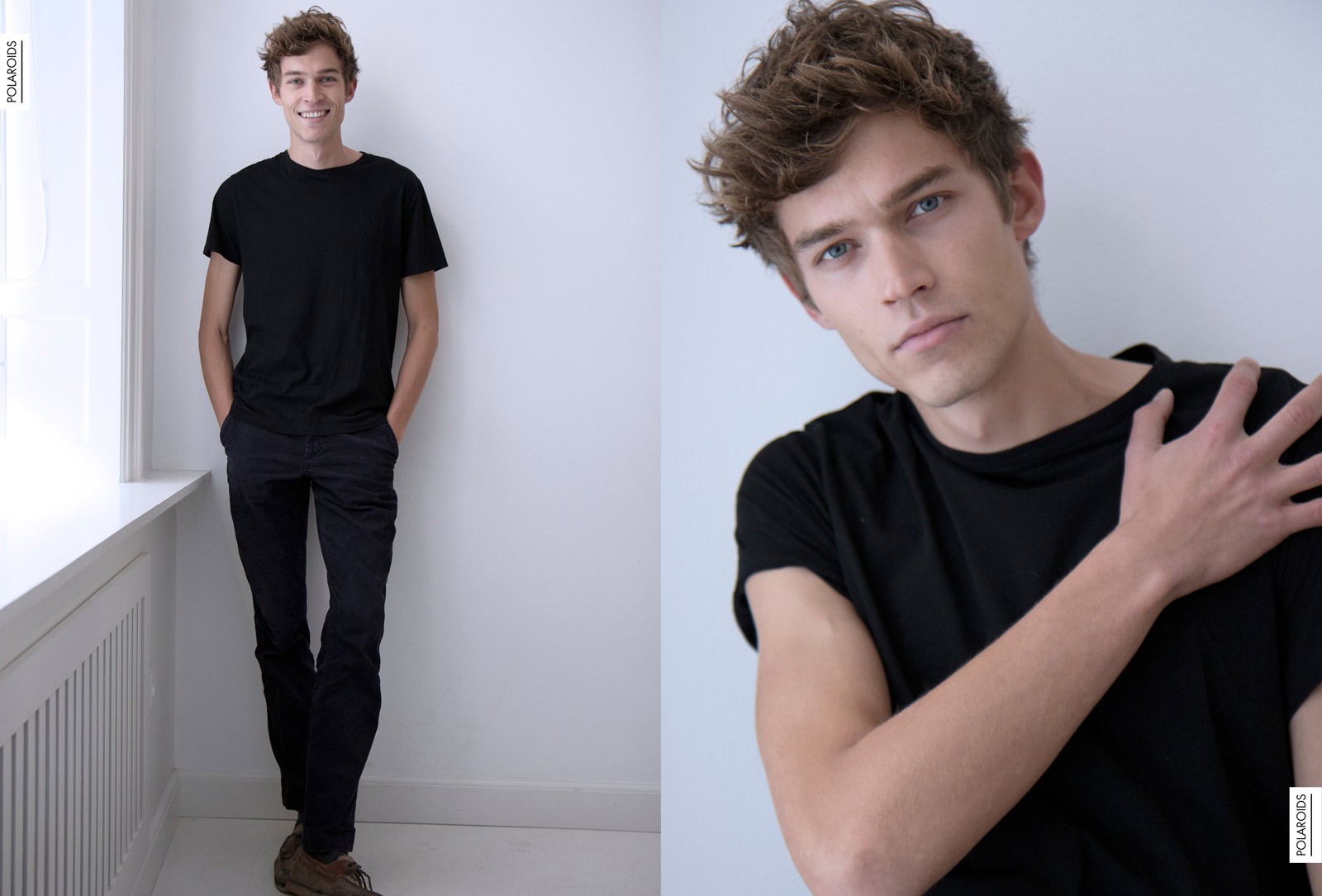 Ethnic Origin:
Danish with some German blood (Fabienke is actually a German name)

How discovered:
I was discovered at Roskilde Festival in Denmark. I had just got up after way too little sleep and was walking around more or less like a zombie when I was approached by a girl from my future agency who told me she liked my look. I was convinced she was joking but she ensured me that it was quite serious and asked me to call back after the festival. I went traveling for almost a year after that – living in Spain for 4 months and backpacking in South America for 5 months – so the modeling had to wait until my return.

Favorite things:
I love playing and listening to music! I play the drums and spend a fair amount of time in the studio with my band and the occasional guest musician. I think we know we are never going to be rock stars but we still enjoy hanging out, doing what we like. Music and fishing – which I really enjoy as well – both have an almost meditative effect on me and in my opinion they are as rewarding as running, therapy, or actual meditation. The thing I like the most though is definitely traveling. I have always travelled quite a lot with my family and friends and it usually involves trekking and spending a lot of time outdoors.

What are you listening to at the moment?
My favorite band for a long time has been John Butler Trio but right now I’m listening to Raging Fyah and The Veils. Otherwise I mostly listen to older music.

Favorite movie, tv show:
Life is Beautiful is one of my favorite movies but I don’t really have a single favorite. Movies like 21 Grams and Crash would have a high ranking on my list too. The best tv shows I think will be The Wire, Game of Thrones, The X-Files, Walking Dead, and True Detective season 1.

Favorite designer, fragrance or beauty product:
The best beauty products existing are fresh air and motion which is why a deodorant is almost the only product I use (I use product for my hair too but far from everyday).

What would you be doing if you weren’t modeling?
I would probably still be working as a substitute teacher at a Danish Public School – something that I occasionally still do. And I would (or should) focus more on my studies at the university.

What’s something uncool that you love anyway?
Well… Fishing is probably unfashionable but I like the fact that you can be yourself and I guess I have a thing for practical clothes. Maybe it’s time to revolutionize the fashion industry and make cool fishing clothes?

Favorite modeling experience so far?
The very first job I had was with a big international team. Things were very hectic and a lot of improvisation took place but at that time I didn’t have a reference so I didn’t really know if this was just how it was done. We had a great time and it’s one I remember.

What’s the best thing about your hometown/country?
I love Copenhagen and I think it’s one of the coolest cities in the world. The fact that the city isn’t enormous but still spacious enough for diversity and almost entirely accessible by bicycle is just awesome. In general I think Denmark is one of the best places on Earth to grow up and live in due to the welfare, mindset, and tolerance of the Danes.

Which brand would you really love to model for?
I don’t have any particular brand or client in mind but the most important thing is that the client wants me and that we have a good atmosphere while working. I like it when it’s relaxed and when I get a chance to talk to the people involved.

Place you would love to visit:
For a while I’ve wanted to go to Ethiopia. I think it’s interesting that the country hasn’t really been colonized like other African countries and therefore is “untouched” in a way. I would really love to visit Nepal as well since all of my close family has been there and my parents actually met each other on a trip there. Finally, I have to see Greenland one day (being a Dane it’s a must).

Currently you’re obsessed with/about:
I’ve been paying a lot of attention to the Arab Spring since it began and now the war in Syria and the resulting refugees fleeing for Europe. The war and chaos itself isn’t what I find interesting but the way it happens and how it’s handled politically, emotionally, racially, and religiously is very interesting and relevant – and it’s a good, though sad, alternative to presidential candidates cursing at each other, getting nowhere, and even receiving more media coverage.