Model of the Week: Abby Hendershot 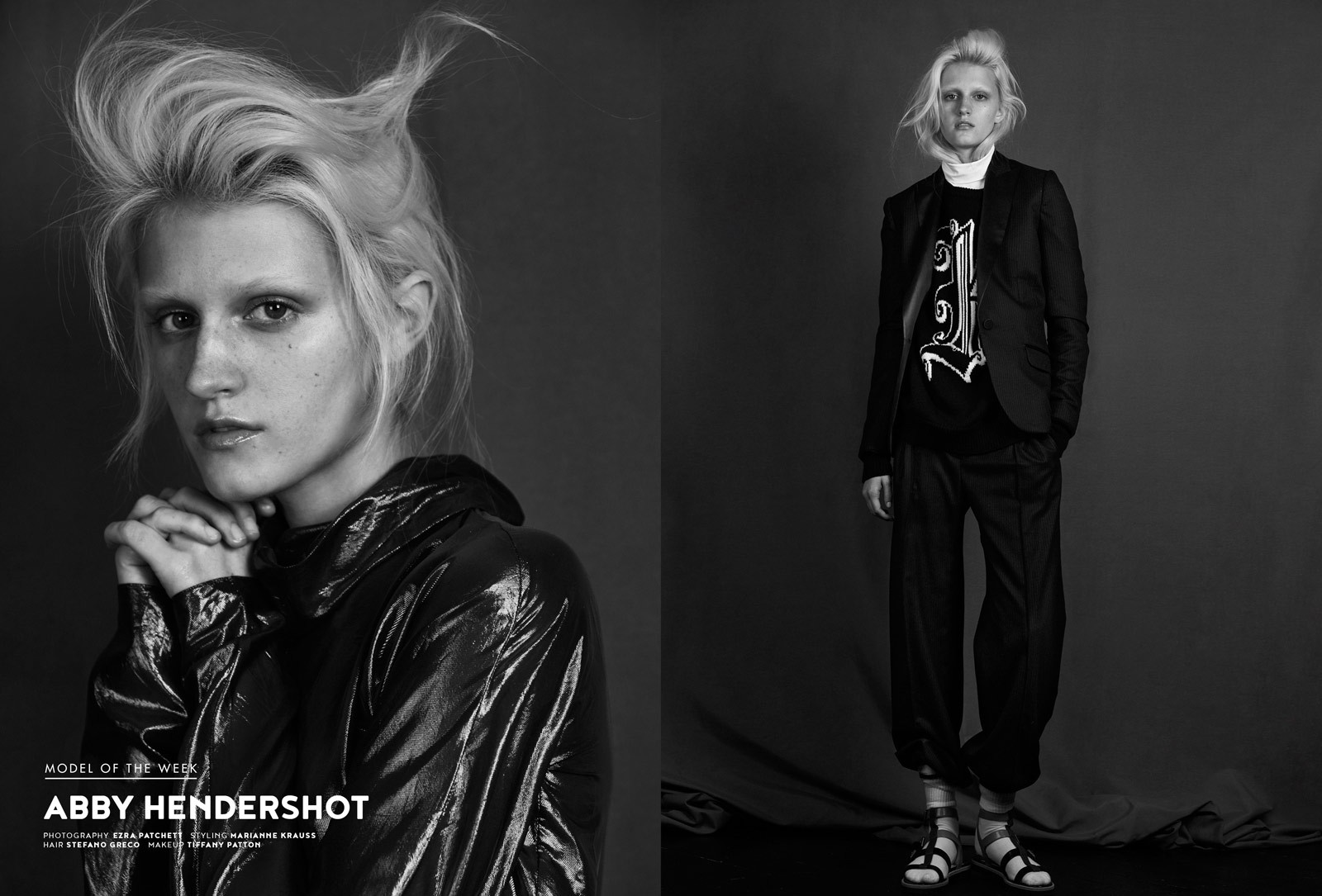 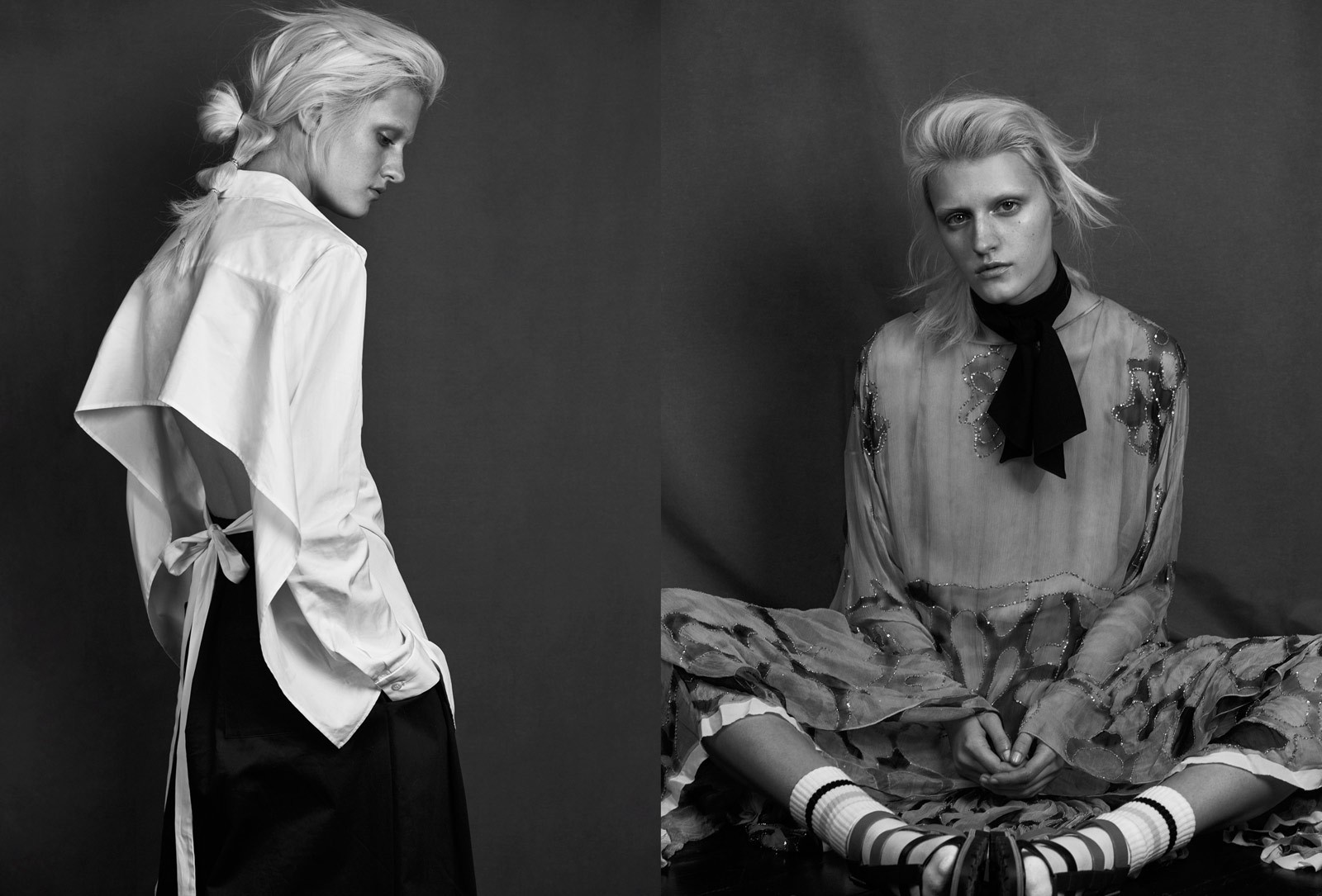 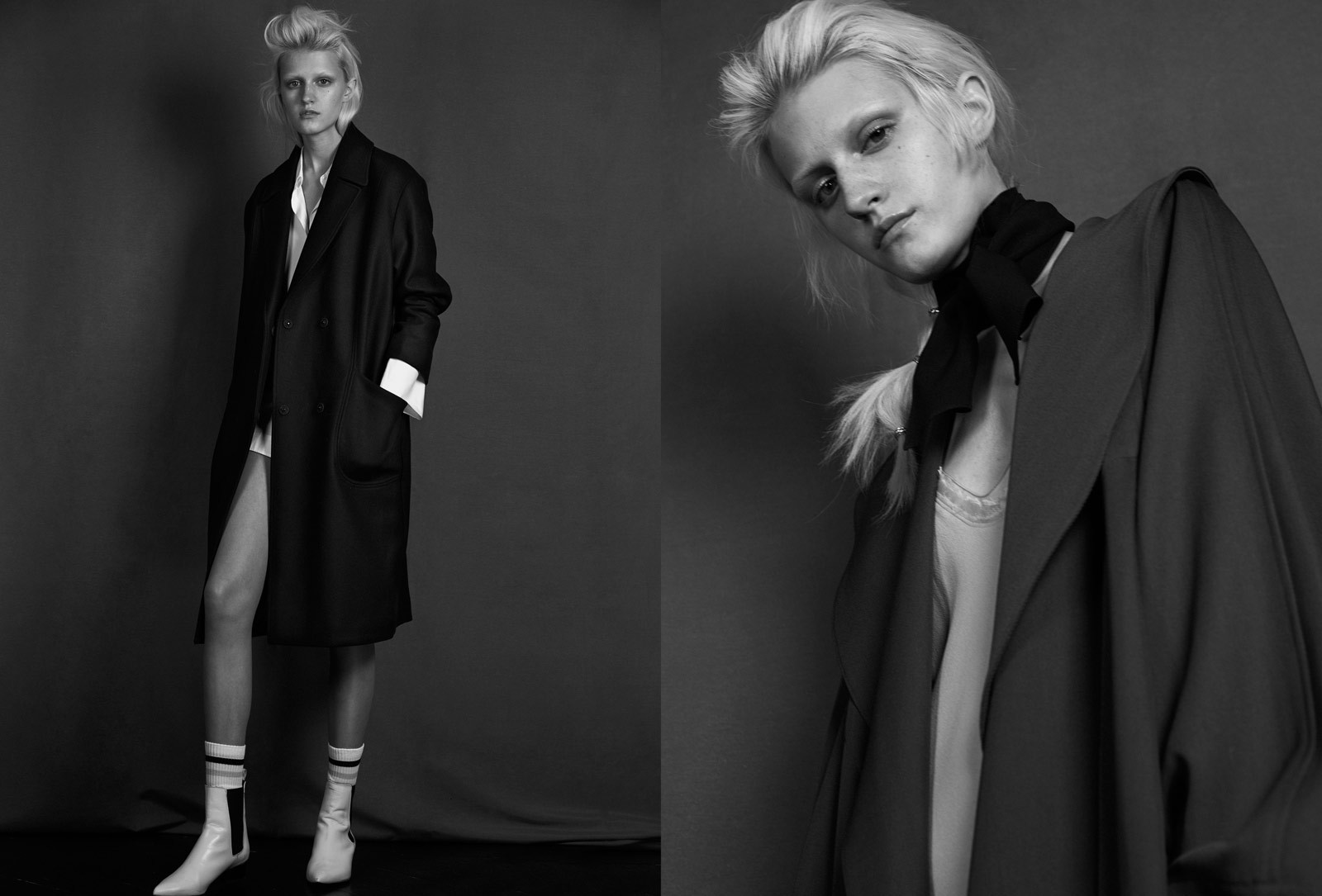 Left, coat by & OTHER STORIES, shirt by JIL SANDER, shoes by CELINE. Right, coat and dress by THE ROW, scarf by CHLOE. 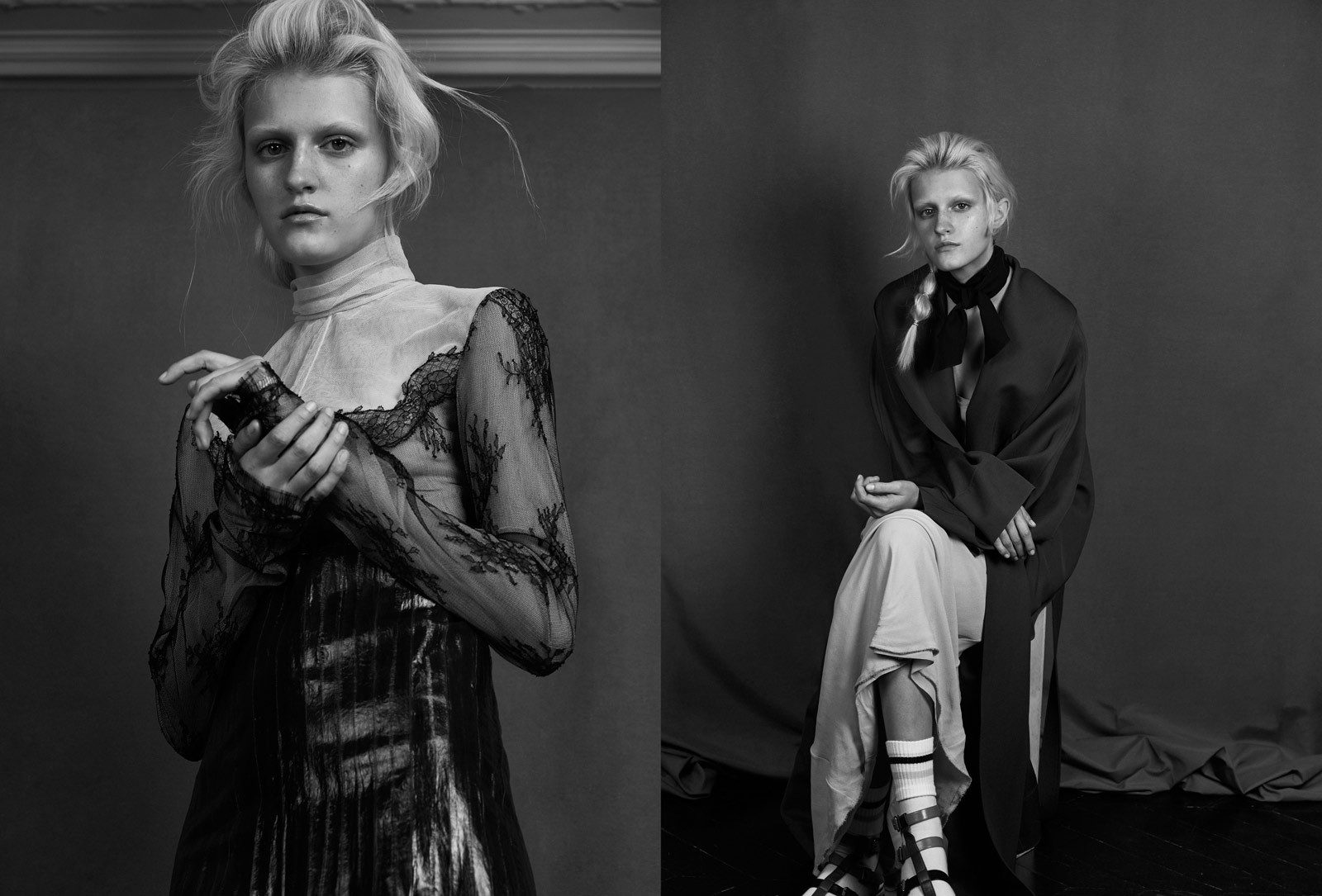 Left, dress by NINA RICCI. Right, coat and dress by THE ROW, shoes by CHRISTIAN LOUBOUTIN. 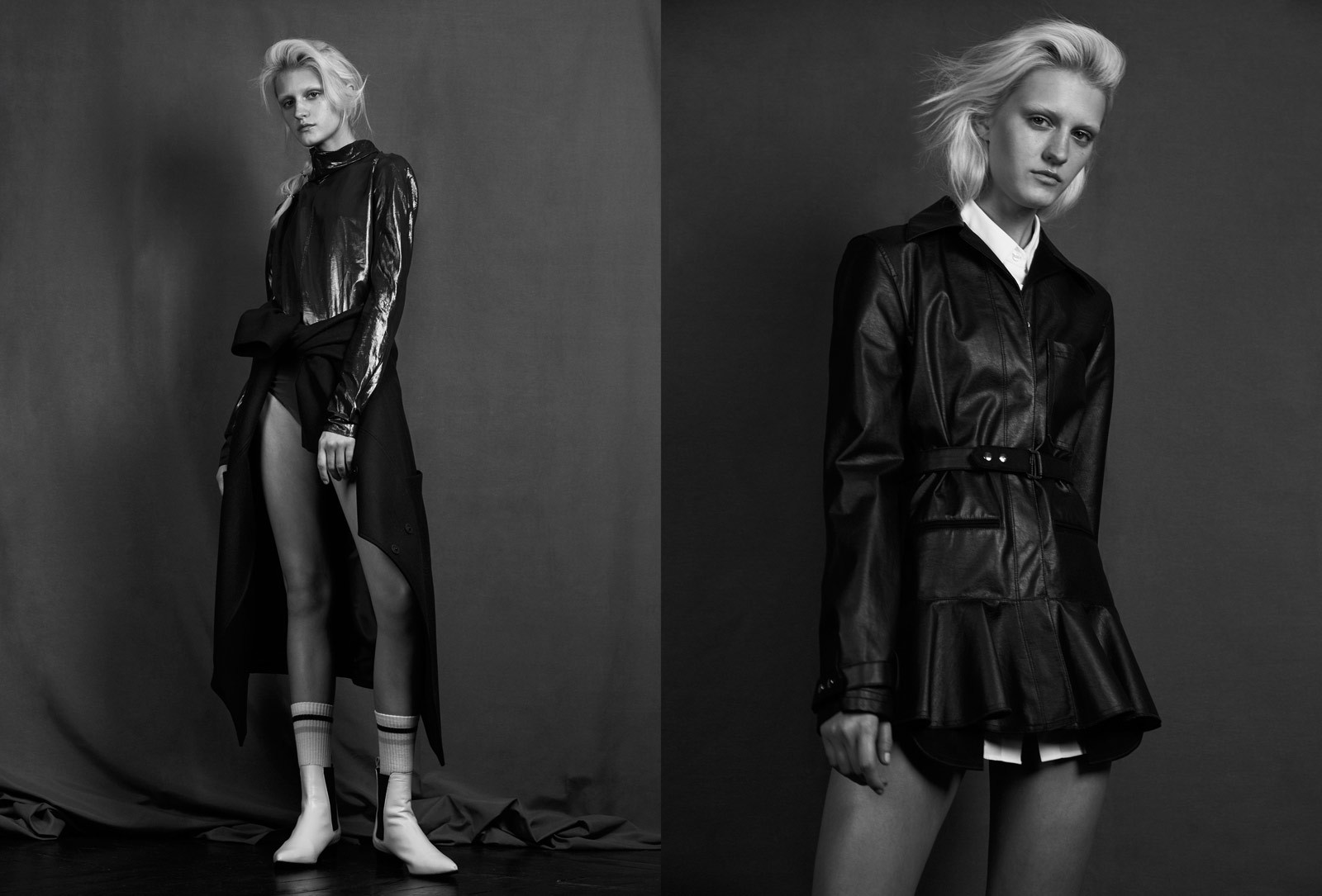 Left, top by NINA RICCI, coat by & OTHER STORIES, shoes by CELINE. Right, jacket by PACO RABANNE, shirt by TOME. 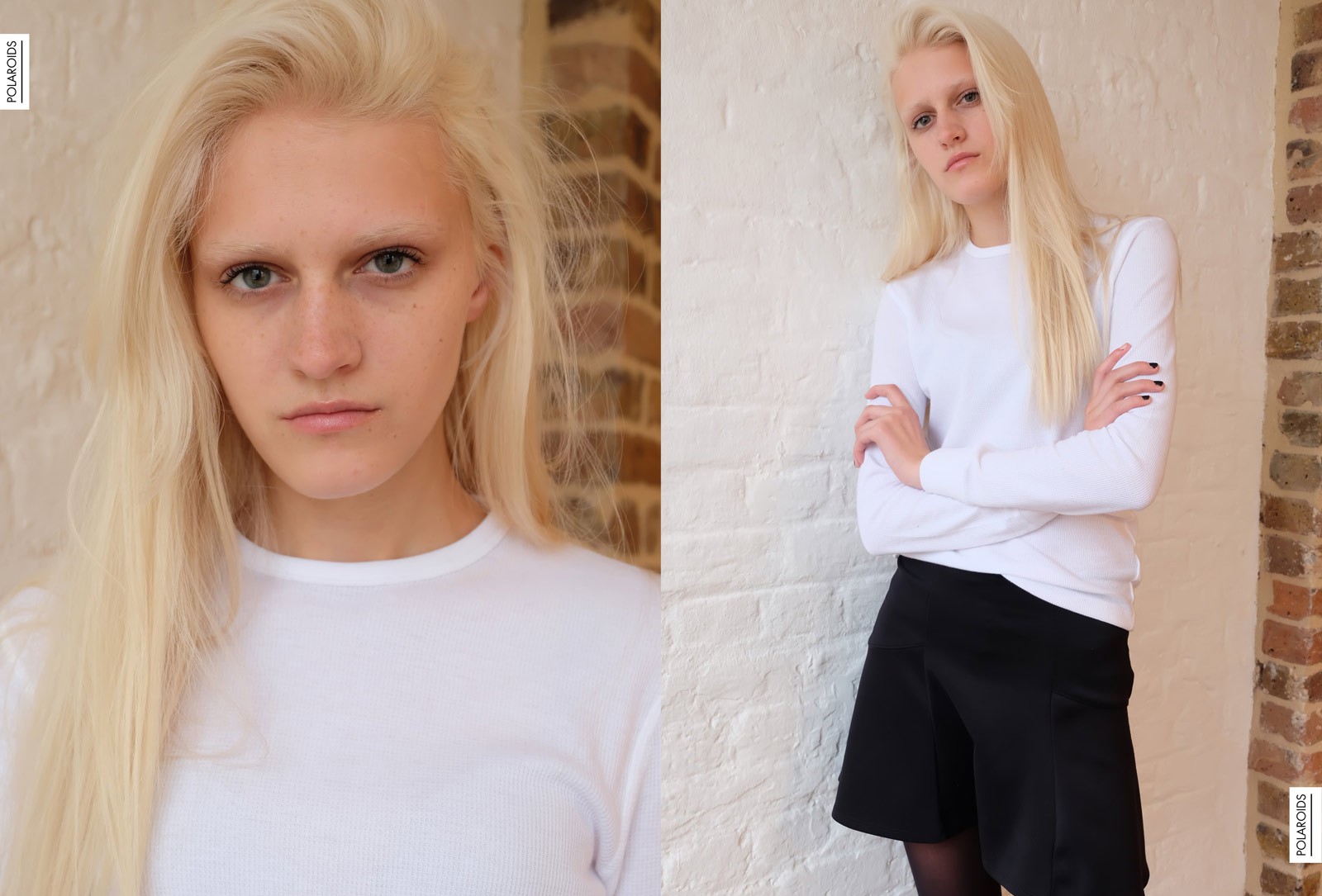 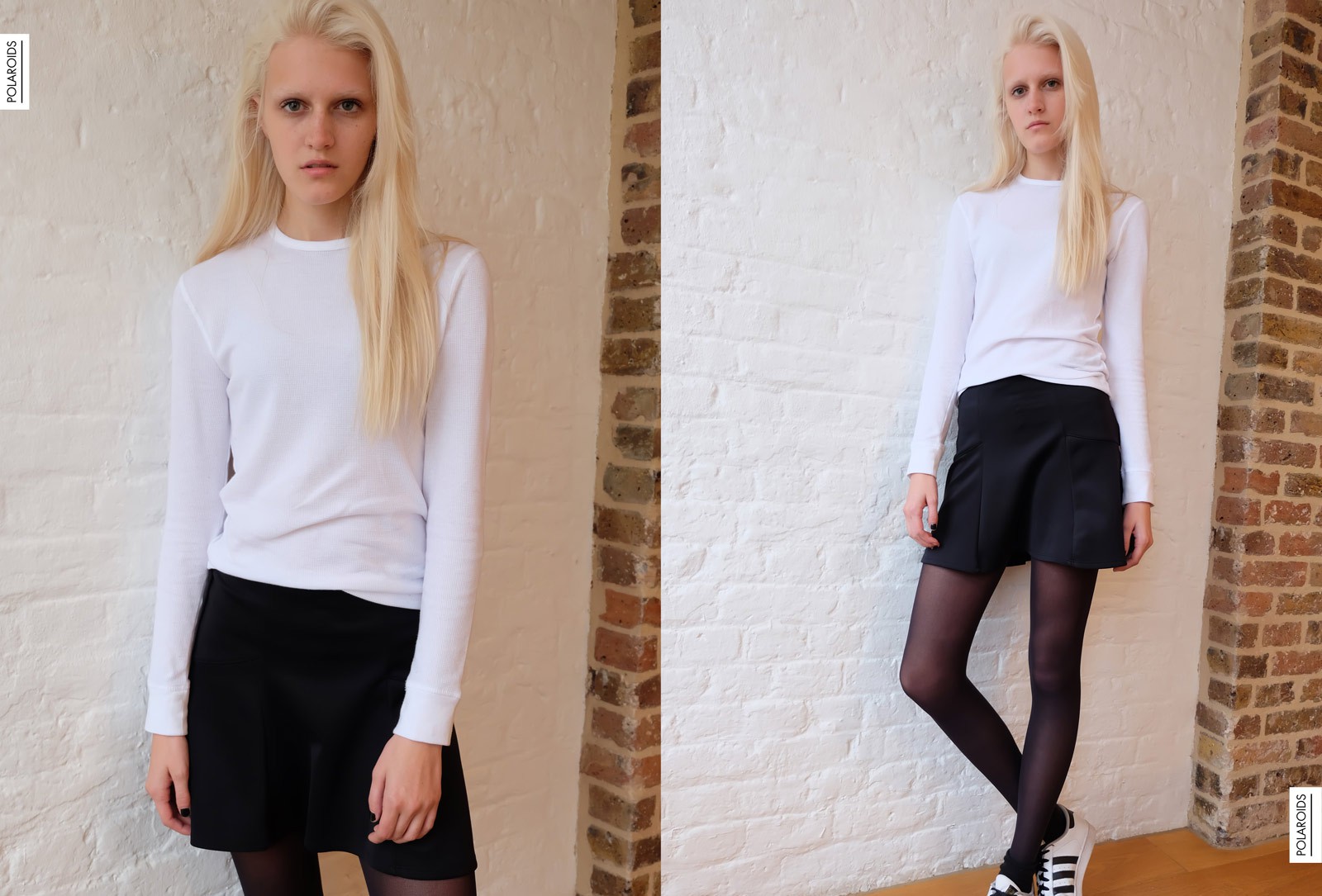 Ethnic Origin:
I’m actually adopted, but my birth mother is half Dutch and half German.

How discovered:
I modeled when I was younger, and then stopped to play soccer competitively. I got back into modeling when I was in high school. My mom told me about a fashion festival coming up called “Waterfront Fashion Week” in my hometown, so I did it for fun. Then I decided to keep modeling and signed with my mother agency in Kentucky. After that, everything was just a snowball effect (with some hard work and support I might add).

Favorite things:
I LOVE music i.e.; Listening to music, playing guitar or piano, singing (in the shower mostly). I almost bought a ukulele the other day because I miss my guitar so much and I figure it was a close second. I also love reading, writing, drawing, and watching movies.

What are you listening to at the moment?
Such a good question, but it’s always so hard to answer because I listen to so many different types of music. Everything from The Who to Kid Cudi to Cage the Elephant. My favorite song though right now would have to be Drop the Game by Flume and Chet Faker.

Favorite movie, tv show:
Favorite movie: The Book Thief (even though I was balling at the end) or Me and Earl and the Dying Girl. Favorite TV Show: The Office

Favorite designer, fragrance or beauty product:
I don’t know if I’d say I have a favorite designer because all of them are so talented and I have so much respect for people who have that kind of creative mindset. But my style coincides a lot with designers like Alexander Wang and Maxwell Osborne and Dao-Yi Chow at DKNY.

What would you be doing if you weren’t modeling?
I’ve always wanted to study architecture and design houses and buildings. I’d love to be able to design my own house some day using “Organic Architecture” which was created by Frank Lloyd Wright, meaning that the buildings work in harmony with the environment.

What’s something uncool that you love anyway?
I have to admit that I still love playing board games and things like that from when I was a kid. I also like algebra and watching Cosmos.

What’s the best thing about your hometown/country?
The thing I miss the most about Indiana is being able to drive. Don’t get me wrong! I also like the convenience of walking in New York, but nothing beats being in the car with friends, driving down the highway, and blasting some tremendously cliche song that everyone can scream the lyrics to.

Which brand would you really love to model for?
Steven Meisel and Peter Lindbergh are a couple of my favorite photographers. I would love to model for Alexander Wang because his shows and campaigns are amazing. Every time I see some of his work, it makes me want to be a part of it.

Place you would love to visit:
Dubai for sure!! I want to go to The Burj Khalifa: the tallest building in the world :)

Currently you’re obsessed with/about:
I just started watching a bunch of documentaries on Netflix. The most recent one I watched was about the pursuit of happiness, but my favorite is Cosmos by far.