Model of the Week: Phillipa Steele 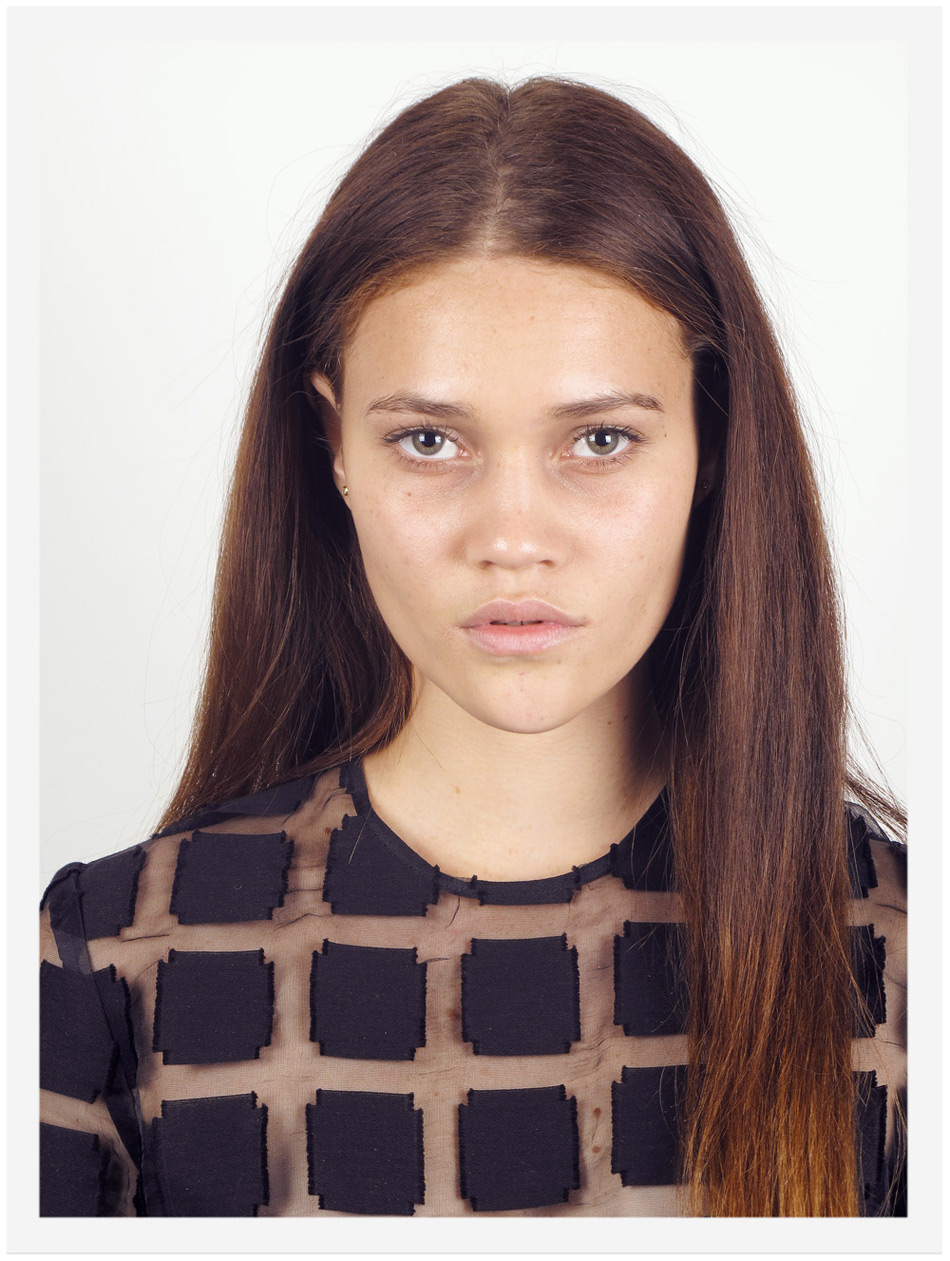 Ethnic Origin:
I’m known as the fruit salad back home. My family has always had mixed marriages. I am 1/2 Fijian and the other half is made up of Tongan, French, English and American.

How discovered:
I grew up in a big family with 6 siblings. 5 brothers and a younger sister. Having so many brothers made me kind of a tomboy. I’ve always wanted to give modeling a go but I never thought I could. When I was almost 16, my parents got me to join a modeling competition to help me get out of my tomboy phase. I had no experience, but I tried, there were over 140 girls and I ended up coming second runner up. I decided to make it a hobby then, so I did little shoots and a few Fiji Fashion week shows. It was all a hobby till a scout from Trump came down to Fiji for a vacation. My friends saw an advertisement on the TV about a model search that was going on in the next city. My parents said they’d take me to the model search. 51 girls auditioned, my mum stood there watching. By the end of the night, Duane from Trump Models made me an offer to come to New York and be part of the Trump family. It was so surreal because I later found out that I was actually the FIRST Fijian model to be signed internationally!!!!

Favorite things:
Volleyball. It’s my favorite sport. I like watching movies, just Netflix and me, getting myself some quality me time. Swimming all day long at the beach getting suntanned and having fun. Dancing; I suck at hip hop and free styling but I’m actually pretty good at Polynesian dances, like the Hawaiian Hula. I’ve always been part of an island dance group ever since I was 6. I’d dance at family occasions, weddings, birthdays, or just in general anywhere I would hear music, mostly it was just to annoy my brothers because I could tell they were embarrassed.

Favorite music, band:
I listen to anything honestly, hiphop, soul, rap, country… But mostly my taste in music is a little weird because the songs I play depend on the mood I’m in, how I’m feeling, what the atmosphere around me is like, what memory it would remind me off, things like that. I just don’t turn on a song because it’s the latest hit, it has to go according to what memory it reminds me of.

Favorite designer, fragrance or beauty product:
Honestly, they’re all amazing and it’s really hard to pick a favorite. But I am obsessed with Jeremy Scott

What would you be doing if you weren’t modeling?
I just graduated high school last year. So right now I would probably be doing my foundation studies at the University Of The South Pacific in Fiji. I really want to pursue a career in Law.

What’s something uncool that you love anyway?
Okay, well, you see, the thing is there are just some girls that like to throw on a pair of baggy shorts, a tank top and flip flops instead of getting dressed up to go to town or just to take walk to the nearest grocery store. I’m one of those girls. My mum’s always telling me to change or she wouldn’t walk next to me in town. This is by far my favorite thing to wear when I’m back in Fiji. I don’t dress to look stylish most of the time, I’m more of a comfort dresser when I’m back home, it’s the Islands, no one cares there. But lord knows I can never do that here, walking around the city in flip flops? NO WAY!

Favorite modeling experience so far?
I would say it would have to be a shoot I did in Switzerland in October last year for UK Stylist magazine. We were shooting by the mountainside with 10-12 beautiful huskies. I had to dominate them during the whole shoot and had to get over my fear of being bitten. It was an amazing day and Ii had so much fun with them. There was a cute baby huskie that kept biting my clothes and shocking me half of the time, but by the end of the shoot I was holding him and he fell asleep in my arms. It was so precious.

What’s the best thing about your hometown/country?
The best thing about Fiji is whats makes Fiji Fiji: The sandy beaches, the clear blue skies, its people with the brightest personalities, the delicious traditional food, how it is sunny all year long and just so small, serene and peaceful. I miss swimming in clear blue waters, getting warm heartfelt greetings from anyone I’d meet along the streets, from strangers and non strangers. What I miss the most is going up the sand dunes during the day with my boogie boards and sand sliding from the highest hill. Then at nights, walking down to the bottom of the hill with family and friends, we’d build a huge bonfire and sit around it, playing a guitar and telling ghost stories.

Which brand would you really love to model for?
My dream client would be to walk for Victoria’s Secret. If I do make it there someday, I have only two words: Goals Achieved. I also love Prada, Alexander Wang, and Chanel, of course!!! Shooting with Steven Meisel would also be a dream come true!

Place you would love to visit:
If there was one place in the world I’d really like to go to, it would be Egypt. Ever since I watched the movies Cleopatra, the Scorpion King and Talos the Mummy, I’ve been really keen on going there, seeing the Pyramids, the desert, and to hopefully get a glimpse of a tomb or burial chamber.

Currently you’re obsessed with/about:
Making little diary albums for a very few people who are close to me. These diaries are something like a series of photos depicting our journey and whatever we’ve been through together. Images from the day we met until the present. I print out all of these photos that remind me of a certain memory, then get creative with the diary, color it, put little memoirs here and there, and paste the pictures in the book with cute little captions at the bottom. Once I get started, I get so absorbed into it, time flies by and I’m stuck in my room working on it for hours. It’s just so meaningful to me, I can’t help it.