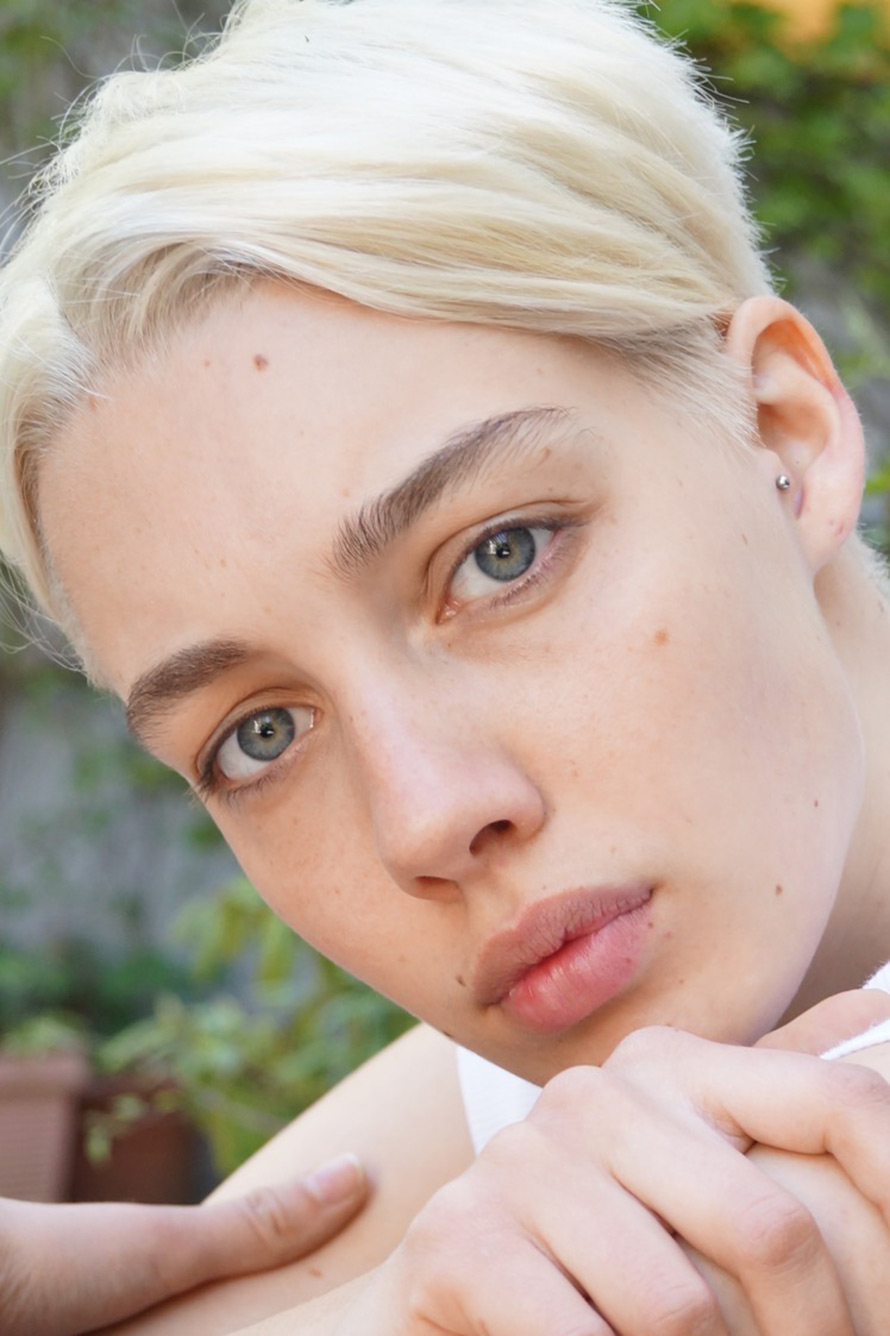 Slightly eccentric songstress Lotti has maximum impact. From Maisach, a town near Munich in Germany, this wide-eyed woman is no waif — perfectly imperfect and ready to rock the fashion world, Lotti has plenty of blonde ambition.

What are your interests?
I am or I’d like to be a musician one day. I’ve always been in touch with music since my dad is a musician himself. I started playing the violin when I was about five years old (the fact that I didn’t start with guitar or the piano–which would have really helped me when I started writing songs–still annoys me:)))))), which set the scene early. Later (roughly at eight) I started singing, mostly Beatles covers, with my dad and sister. In my teenage years I started writing really bad poetry, which, looking back, is why I started writing my own songs later on (still kinda bad though, but not completely off the charts bad). Since that time I‘m 100% sure that that’s what I need to do in life. Even if I fail miserably at achieving anything in that field. I couldn‘t forgive myself if I didn’t try making music, speak again and stand for something.
And I guess I also like the dogs a lot.”

How and when were you discovered?
“I was discovered in the beginning of April 2017. The lovely Loreen scouted me for Miha Models over Instagram and a few days later I met up with Mirjam, the owner of Miha. Mirjam and me clicked immediately and since that day I’m part of the Miha family. (Mirjam as the overly caring mother; Loreen as the dad, who always nods at everything and gives you heads up from afar.)”

Which languages can you speak?
“I‘m fluent in German and English. I did have a few years of French lessons in school but apart from a certain je ne sais quoi I’m not sure I could actually still hold a conversation without switching back and forth between French and English. I also have a high school diploma in Latin. Lol. Not that this would count for anything really.”