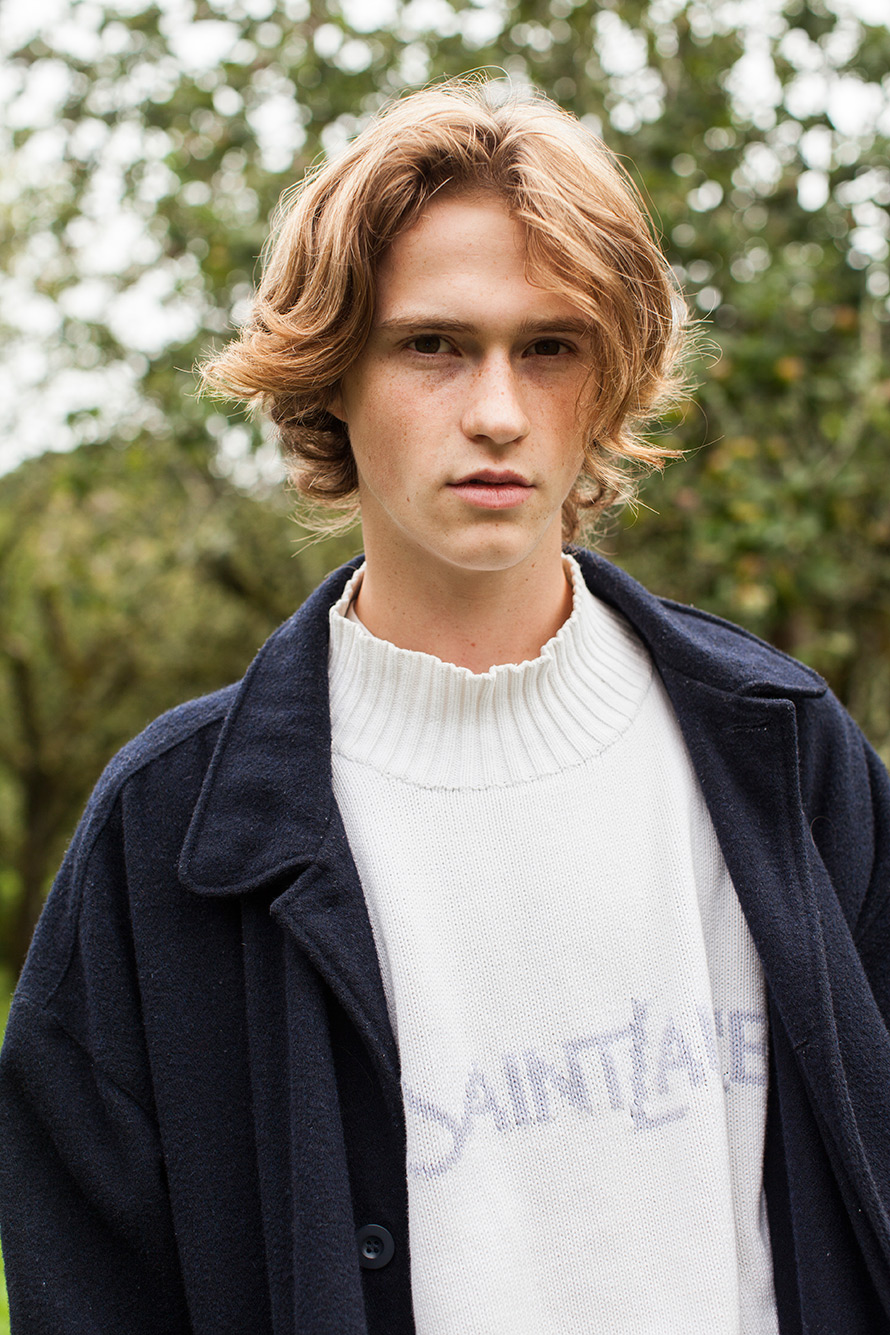 British boy Isaac got his start though a photographer friend who works as a scout for German agency FAZE Models. Studying Politics at university back home in Surrey, Isaac has recently become a student of the affairs of fashion, attending go sees and castings in Berlin, and with plans to travel to Milan at the end of May. And with his foppish-yet-finessed boyish handsomeness, Isaac certainly is fetching.

What is one thing people may be surprised to find out about you?
“Most people always say they are surprised when I tell them I am doing a degree in politics. I think politics has got a stigma for being very boring which to be honest some of it is, however there is also really interesting parts to politics like analysing poverty, war, the degradation of the environment, power, money etc. I always say to people politics is part of and effects everything they do so I’m sure most people would be surprised how interesting some of it really is.”