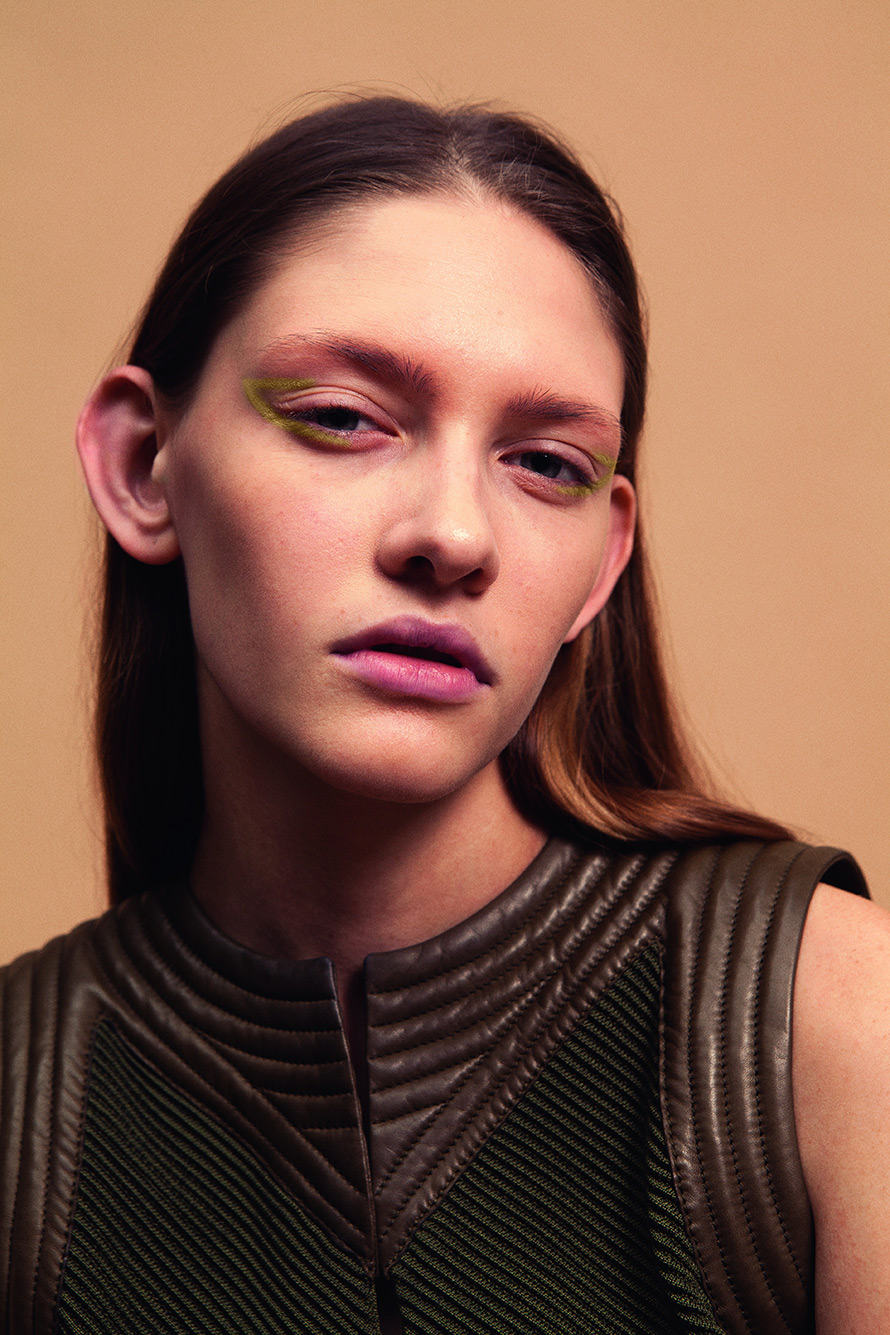 They are spectacular, but it isn’t only about the ears with Arina. A poet who loves rap music and has her sights set on the world’s top runways, Arina has been modelling for two years but has yet to visit most major markets. This girl has all the qualities of a chameleon — just when you think you understand her look, she morphs into yet another captivating version of herself. Ready to go from her hometown of Kryvyi Rih to New York City and beyond, the world is Arina’s arena.