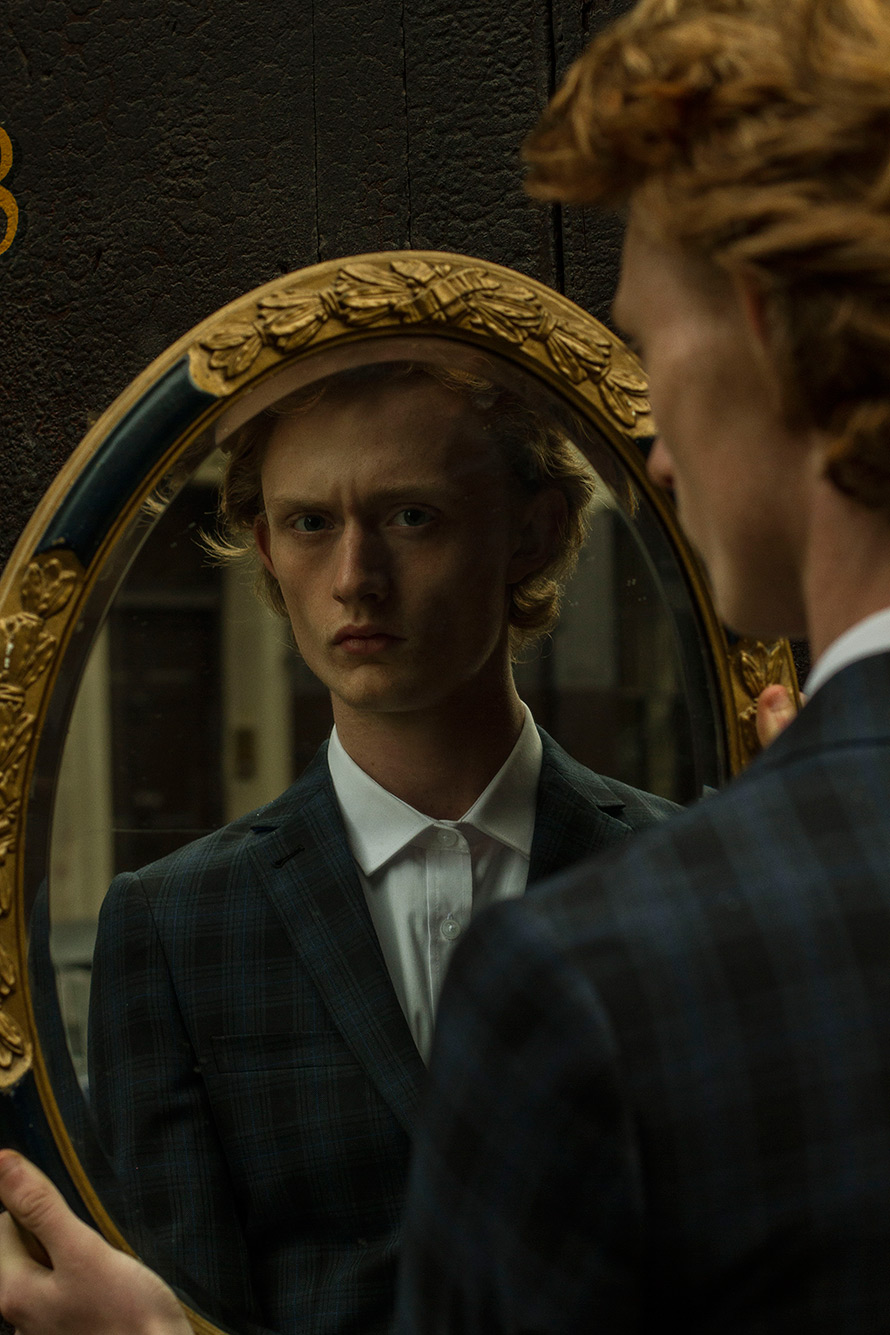 Fine and dandy Felix is an actor-in-training who got his modeling act together after being spotted by Cesar Perin from Unsigned at Paddington Station in London. Originally from Wiltshire, this season Felix’s willowy, whimsical handsomeness was featured on the catwalks of Sacai, Juun J, and Rick Owens. With his finely drawn features, this wildling is aflame with ginger intensity.