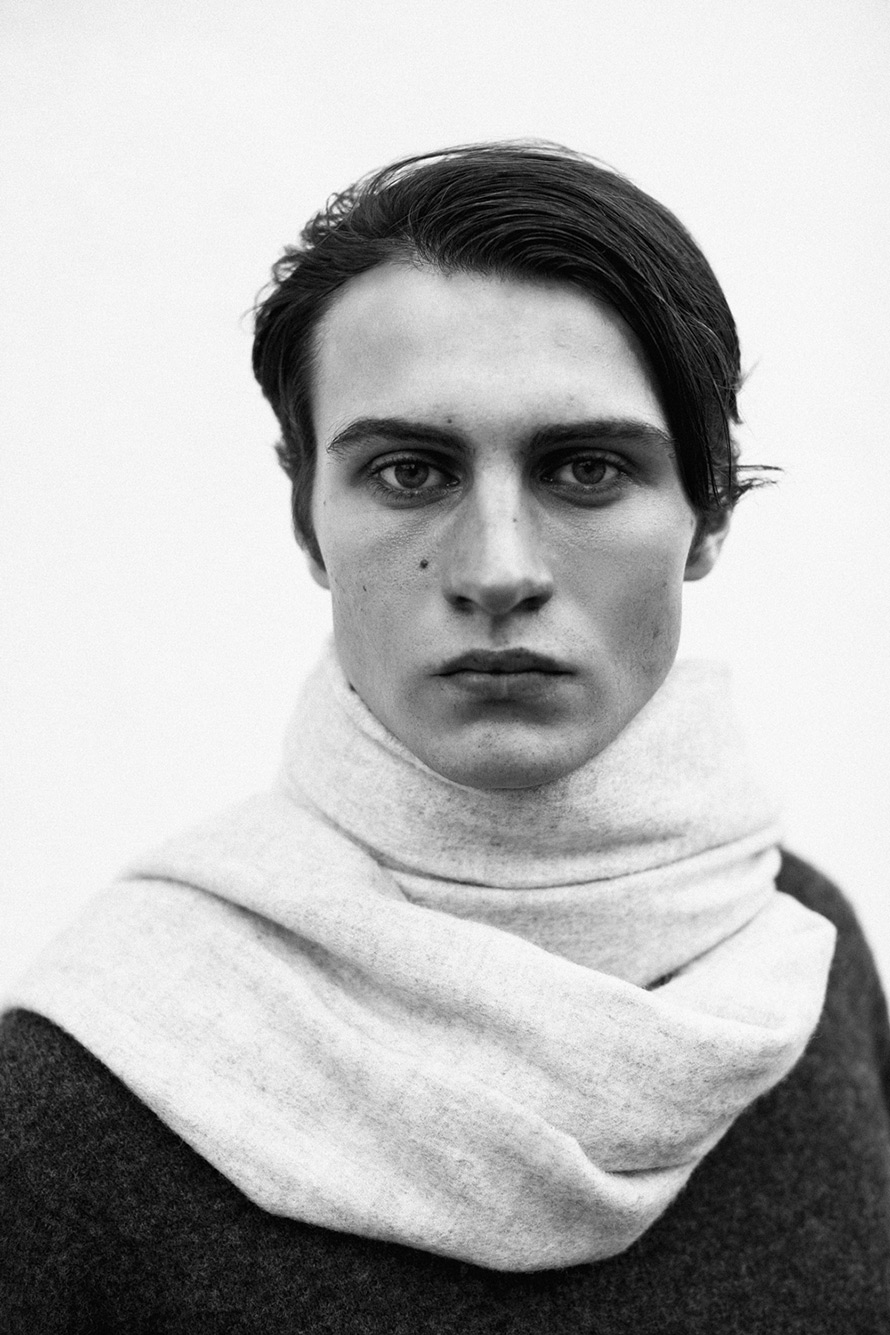 Achingly elegant with a look that exudes the daring of a dandy, expect to see Geraint unflappably fashionable even when dropping around to the corner store to pick up an apple Tango. Scouted at Liverpool St Station two summers ago, Geraint was studying at Goldsmiths University but now graduated, he’s ready to take modelling head on. From the small South Wales town of Aberteifi, it’s a safe bet that he is the only model in the village.