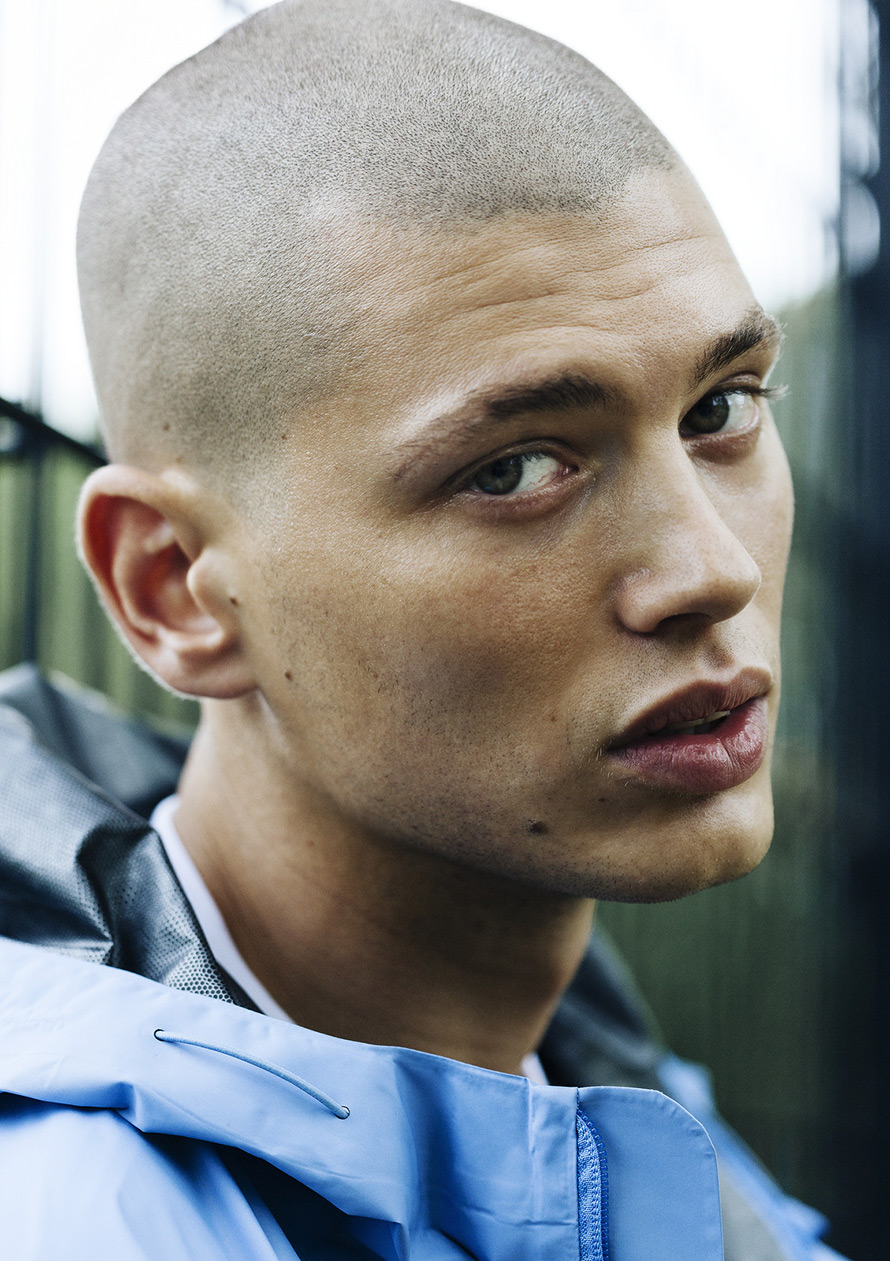 Francesco’s look is all about louche luxury. This Italian is serving up ‘hoodlum with a heart of gold’ realism, but the only smash-n-grab Francesco is guilty of is snatching up a place in the Givenchy lineup in January. Based in London and scouted 10 months ago as he was waiting tables, Francesco’s allure is irresistible. All street meets chic, he’s now a veteran of his first major show season, having walked in London, Milan and Paris. Sound the alarm, this high fashion hooligan is out to steal your heart!