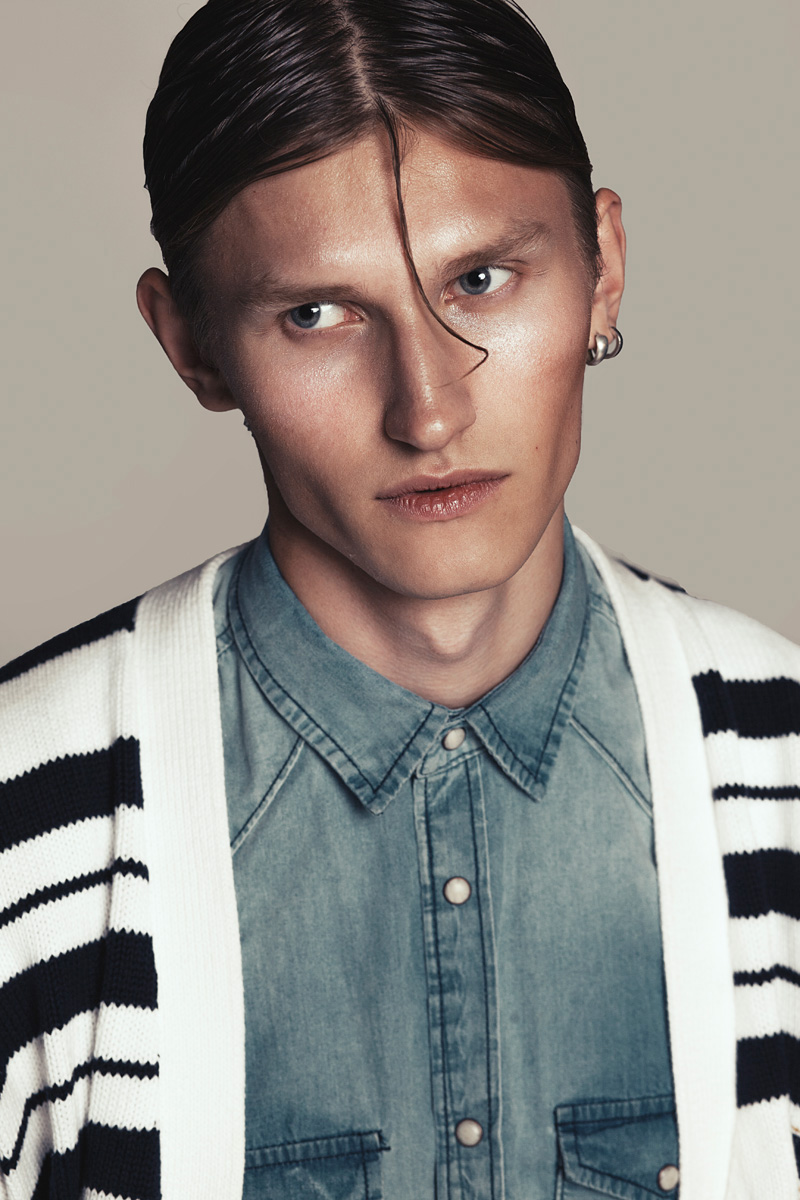 Aleksandr from Estonia has a precisely honed, sharp handsomeness that is both elegant and edgy. Modeling since May 2014 after being spotted on social media by a scout for Star System Estonia, this strikingly cool boy is currently in Milan where he is updating his book and readying himself for the upcoming Fall/Winter season. Still bearing a scar on his stomach from a life saving operation performed when he was just three days old, Aleksandr’s grit is graphic and very present. Fluent in English, Russian, and Estonian, and a devotee of kickboxing, breakdancing, and playing the guitar, Aleksandr is hungry for success!

Milan:
Why Not Model Management (Milan)