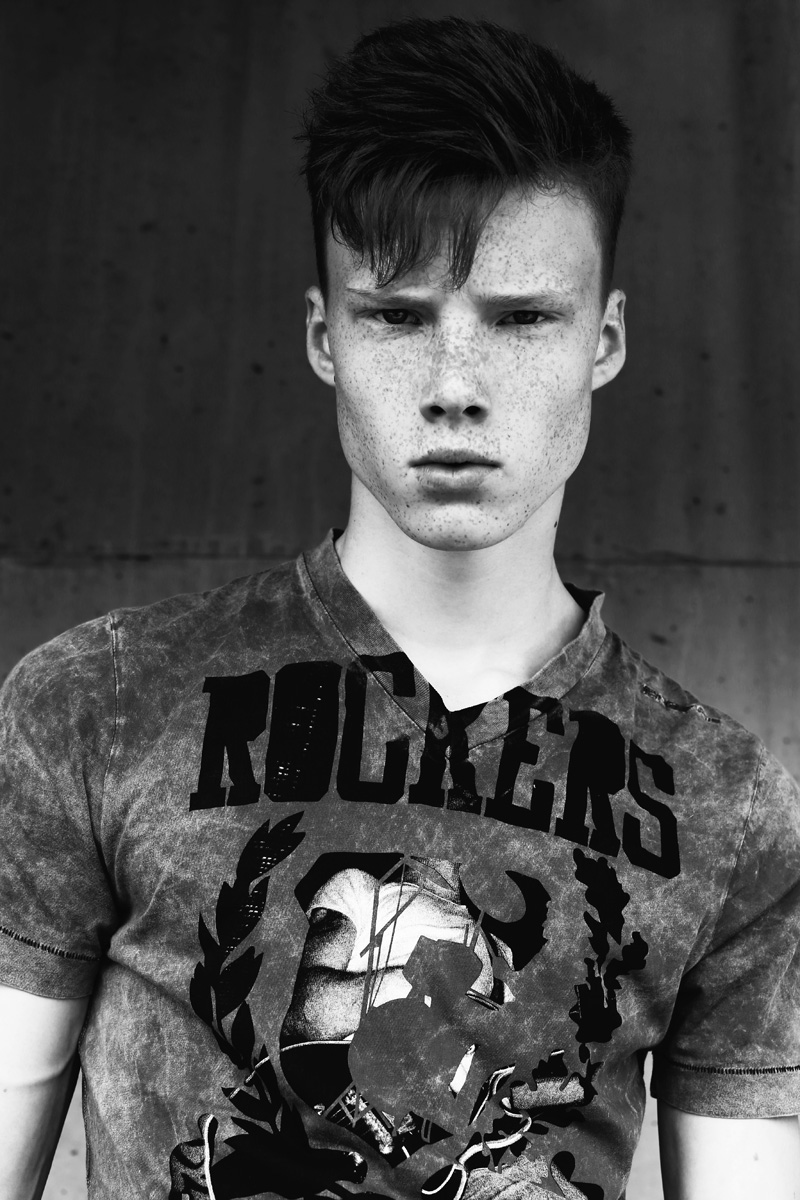 With a bright eyed glare that is all search and destroy, Gytis’ appeal is intense! Flamed haired with freckles and a pale blue gaze, his appeal adds up to cute as a button – but don’t be complacent, Gytis has a presence that radiates with intent. Discovered at a fashion show casting in his native Lithuania, he managed to book the show and sign with mother agency Image Group in Vilnius. Now placed with Urban Management in Milan, last month Gytis walked for Frankie Morello, and he’s also shot for Fucking Young and Hunter magazines. The next season Gytis will take on Paris, where we predict that this red terror will rule the runways!