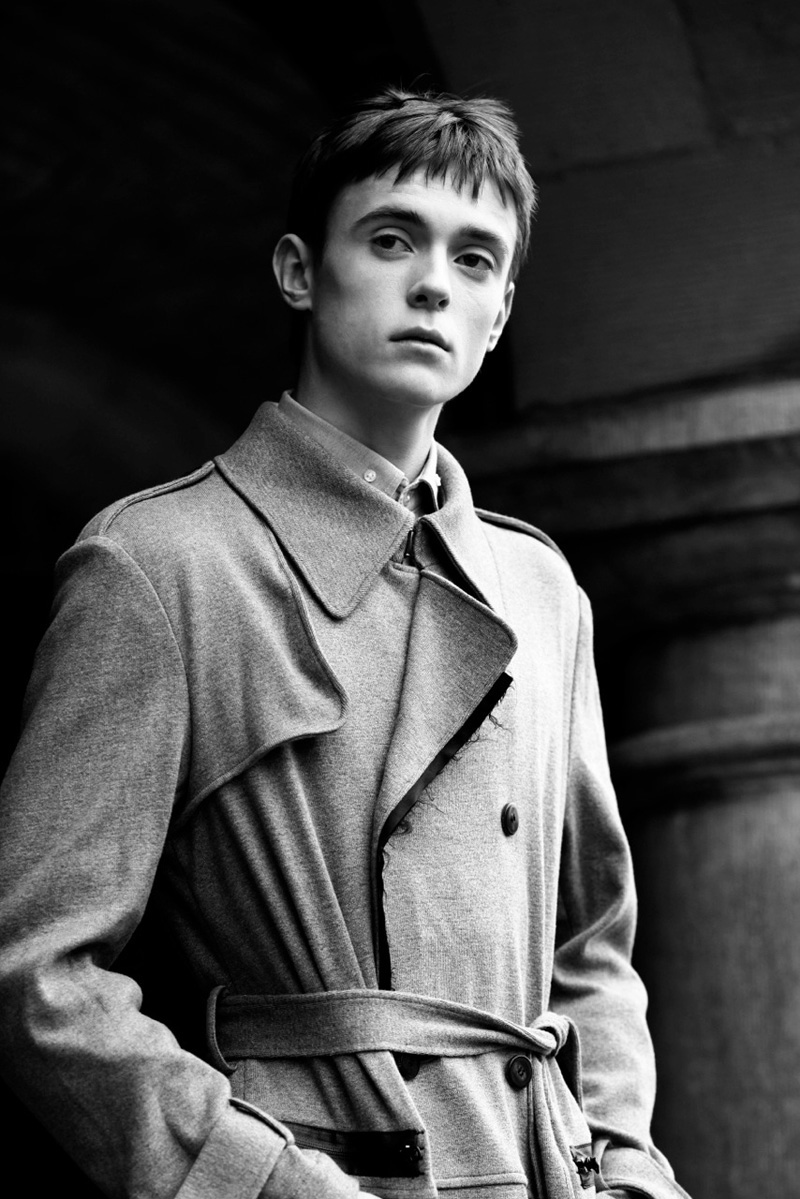 Newcomer Gustaaf is somewhat of a subtle and sudden phenomenon. Discovered after liking a photo of his friend, model Marijn Valk, on the Brooks Modeling Agency Instagram page, Gustaaf was invited into the agency the next day and was signed 20 minutes later. But that’s not all! After agency owner John Brooks Skyped his friend Magali Gless of MManagement in Paris, Gustaaf was signed by her after a brief one minute conversation! So what’s the attraction? Gustaaf, from Arnhem, The Netherlands, has a fresh, outgoing appeal along with razor sharp cheekbones and mesmerising “bedroom eyes” and speaks perfect English thanks to being half New Zealander. And who else has fallen for this newbie’s charms? In his first ever show season, Gustaaf opened for JW Anderson and walked for Alexander McQueen, Jil Sander, Lanvin, Louis Vuitton and Zegna. Currently building his book, do we see a slew of editorials in Gustaaf’s future? Hell yeah!