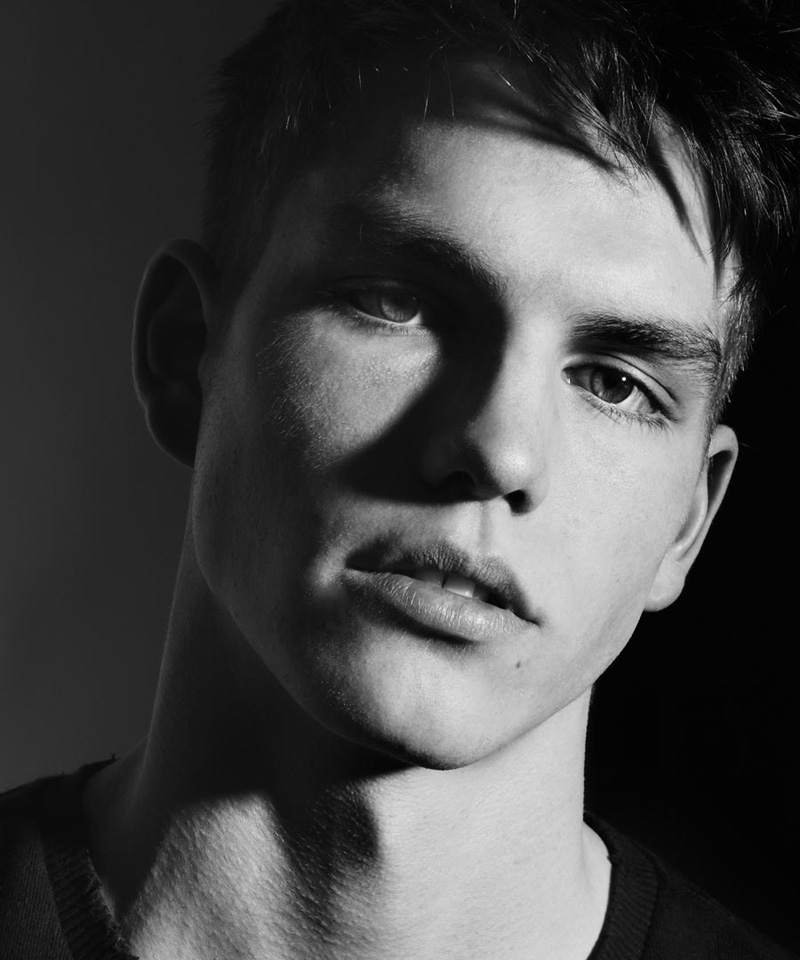 He had been working on the railroad, in the cold and the rain and the snow, but things started to change for Adam after he was scouted whilst shopping in Vienna with his girlfriend. Adam was skeptical at first, having never considered himself to be model material, but he kept the card of the agent from Wiener Models, and six months later he was signed after attending their open call casting. Modeling now since January, Adam has shot for 10 Men and 125 Magazine, and is definitely ready for more. Fresh faced classic handsomeness never gets old – and now that he’s signed with d’men in Milan, Adam’s career is about to shift into high gear.