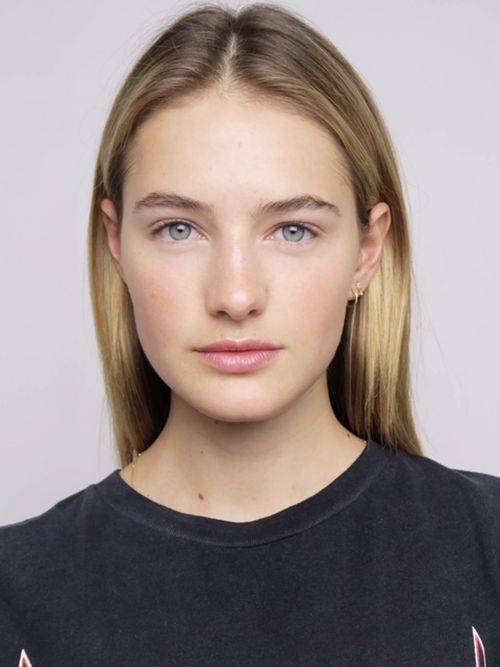 Nationality: Netherlands
Sanne Vloet was born in Donkerbroek, Netherlands. Before establishing her name in fashion, she was a successful gymnast. At the age of fourteen, while auditioning for the television talent variety show, Holland's Got Talent, she was discovered by a model scout.

With great support from her family, Sanne’s mother would routinely accompany her to Amsterdam for photo-shoots and go-sees, even though it was quite out of the way. Although modeling was not the career path Sanne had envisioned for herself, she decided to pursue it full-time at fifteen.

Standing at a statuesque five foot, eleven inches, with blonde hair and blue eyes, Sanne began consistent print and runway work. Her ‘big break’ came in 2014, when she was confirmed to walk in the Oscar de la Renta show at New York Fashion Week.

In 2015, Sanne walked in her first Victoria's Secret Fashion Show. In November of 2017, she made her third appearance on the catwalk for the global lingerie brand in Shanghai, documenting her #TrainLikeanAngel fitness and diet journey on her YouTube channel.

In addition, she is regularly featured on the covers and inside pages of international fashion magazines, Vogue, Harper’s Bazaar, Marie Claire, Allure, Elle, Interview and V Magazine. Her advertising campaigns include Ralph Lauren, Giorgio Armani, Michael Kors and cK One by Calvin Klein.

Sanne currently resides in New York City, speaks fluent Dutch and English, and lives by the motto: “Lances up and do not give up!” She stays in yearlong shape with Pilates and yoga

Sanne Vloet in the news: