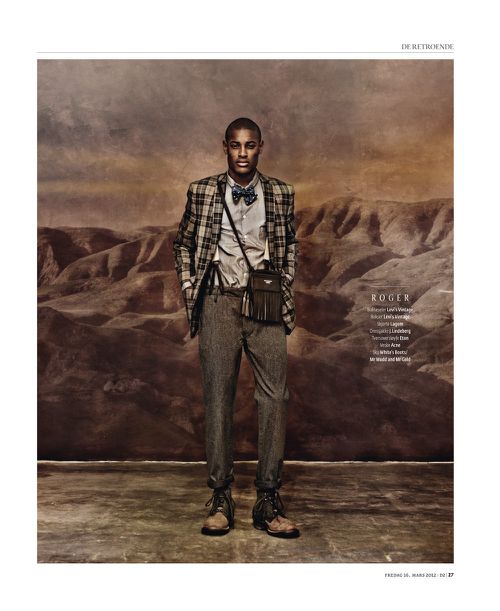 The first black male model from Sweden Roger Dupé, has among other work as model for Kenzo, Vogue, Jean-Paul Gaultier, GQ, Nordic Company, Acne Studios and Björn Borg. In winter 2015 he appeared at billdords on Times Square in New York, for H&M’s Christmas campaign. In 2016, Dupé became historic as the first black model to fronts the exclusive Rolls-Royce brand campaign ”The Future is Here".