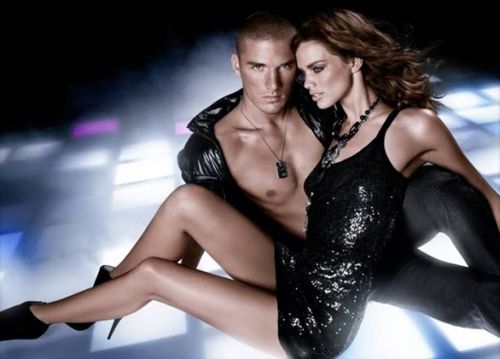 Nationality: United States
From Iowa (born in Oregon). Full name Kerry Justin Degman. Kerry was a two year undefeated wrestler in high school and a college baseball player. He was recruited to play college baseball, and while a knee injury might have halted a career in sports, it helped motivate him to get into modeling. He’s no longer getting dirty on the baseball diamond, but he hasn’t lost his sporty side: The skateboard you sometimes see with Kerry in his shots? Not a prop. “My mom made me promise to never ride one,” he told us, “But I have been since the 3rd grade. It’s a good way to keep a kid with ADD busy.” First major shoot was with Bruce Weber for Abercrombie & Fitch. Favorite female supermodel is Adriana Lima. In his off time he golfs, longboards, plays with his dog and plays guitar. Eventual goal is to become an actor.


The other main focus of Kerry’s attention is his adorable beabull puppy (that’s half beagle, half English bulldog, for those of you not in the know). “It’s like having a child,” Kerry says of the 10-month old pup. “I have had Jackson his entire life and he is the best thing that ever happened to me. I never like being anywhere without him. And he was born in Iowa, just like me.” Midwesterners like to stick together, clearly. (all info from Ralph Lauren's Rugby's "Meet the Models" feature. spring 09)