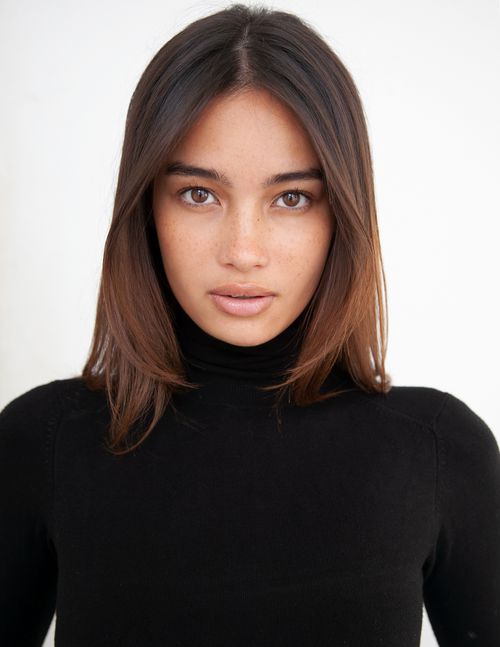 Nationality: United States
Born and raised in Pampanga, Philippines, Kelsey Merritt began her modeling career in Manila, where she used her earnings to help fund an education at the prestigious Ateneo de Manila University. After earning her college degree at the age of 20, she was offered opportunities to continue a career in fashion overseas, and she moved to New York City in 2017 to pursue such a journey.

Merritt gained swift momentum internationally, earning favor with numerous top-tier clients that set the building blocks for a successful future. In 2018, she became the first Filipino-American to walk the Victoria’s Secret runway show, leading to significant press coverage within the likes of Teen Vogue, E! News, and more. The following year, Merritt also became the first model from the Philippines to be photographed for Sports Illustrated’s annual Swimsuit Issue, a feat that further cemented her rising status, as the dual achievements of VS and SI is rarely accomplished by any model. A dynamic professional both in stills and in motion, Merritt’s recent video features with the likes of American Vogue, Harper’s Bazaar, and Elle have already earned a combined viewership of over 6 million views on YouTube - a whopping statistic for a talent who only made her international debut within the last few years.

Despite all her recent accolades, Merritt continues to stay true to her humble roots. As an emerging individual in a vast industry, she hopes to continue promoting Filipino culture on the global stage. Additionally, she uses her growing platforms to advocate for freeing the earth’s oceans from plastic pollution, a cause she personally embodies through leading a lifestyle that uses as little plastic as possible.