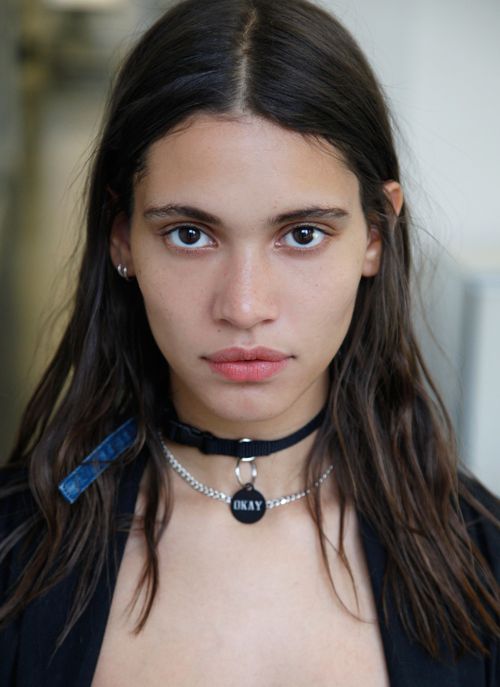 Nationality: Norway
Born in New Jersey, Kaya Wilkins (OKAY KAYA) grew up on a peninsula outside of Oslo, Norway, where she learned to play guitar with her brothers, members of a local black metal group. Today, she weaves a multi-hyphenate career across numerous industries, making pivotal appearances for high-profile fashion brands and within films while constructing svelte, jazz-inflected melodies for her own albums. As a result, she has been lauded as a "certified triple threat."


Kaya’s breathy, innovative musical style developed during Norway’s brutal winters, and in her own words, her compositions exist as "theme songs for whatever the opposite of self-destruction is.” Pitchfork has noted that "Kaya Wilkins escapes music-industry servitude and speaks truth on her own terms in a frank, often melancholy bedroom-pop debut leavened by diaristic sarcasm.”


She is currently signed with Jagjaguwar, the record label that also represents Bon Iver and Moses Sumney. Her latest releases include debut album Both and a celebrated cover of Cher’s “Believe,” which Paper Magazine lauded as “[unfurling] with heartfelt intimacy.”


In 2017, Kaya emerged as a talent to watch within the film industry with her debut performance in Joachim Trier’s supernatural thriller “Thelma.” The film released to critical acclaim, with a Rotten Tomatoes score of 92%. Wonderland praised her performance as a “seamless acting debut.”


Within fashion, Kaya has recently fronted campaigns for the likes of Calvin Klein and Bottega Veneta, often serving as muse for other creative collaborators. She has been featured within i-D, American Vogue, British Vogue, Italian Vogue, Wonderland, M Le Monde, and many others, working with the likes of Willy Vanderperre, Ryan McGinley, Nan Goldin, Angelo Pennetta, Tyrone Leblon, Emma Summerton, Dario Catellani, Dan Jackson, etc. American Vogue highlighted her versatile career as someone “embarking on her boldest, most empowered chapter yet.”

Kaya Wilkins in the news: