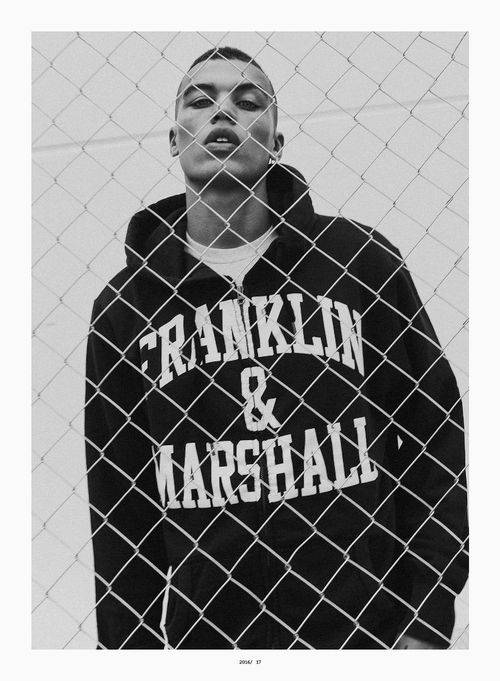 Birth Date: October 18, 1989
Nationality: United Kingdom
Hailing from Canning Town, Dudley has been a
boxer since he was nine years old. With his Father,
a Pro Boxing trainer, taking over the reins when
Dudley was eleven, he has been working his way up
through the ranks every since. A regular fixture at
West Hams Amateur Boxing Club in Plaistow Dudley
shares his gym with boxing greats such as Terry
Spinks (Gold at the Olympics), Nigel Ben, Kevin
Mitchell and Matthew Marsh. Now twenty one,
Dudley had many wins under his belt, with the
Senior ABA’s being a highlight, ranking him number
one boxer in England in his Welter Weight category.
No easy task, especially not for someone who is
increasingly in demand as a high fashion model.

A favourite on the catwalk at London Fashion Week,
and with clients like Stone Island, Oswald Boateng
and Fred Perry, Dudley is a rising star in the world
of fashion. His interests don’t stop there, with an
acting agent also in tow; Dudley is set for big
things, just don’t look for him in a nightclub unless
they’re playing Dubstep!

The current star in Rihanna’s new video for ‘We
Found Love’ in Fall 2011. (All info from Next
London press release).