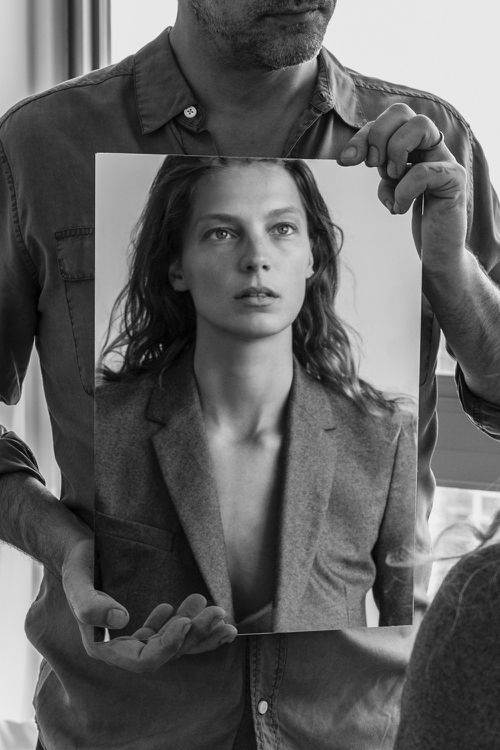 Birth Date: November 19, 1983
Nationalities: Canada, Poland
Daria Werbowy was born in Krakow, Poland in 1983
and emigrated to Toronto, Canada with her family
at the age of 3. Daria signed with the Toronto
modeling agency Susan J. Model & Talent
Management at the age of 14. It wasn't until she
signed with IMG that she began to gain attention
from the fashion industry. During her first season
she was quickly named the face of Prada and was
also featured on the covers of W, Italian Vogue, V.
One of her most memorable shoots was her 2004
American Vogue shoot with iconic photographer
Helmut Newton, his last before his untimely end
from a car accident. Steven Meisel who booked her
for her first 2 Vogue Italia covers and for the Prada
campaign is another key photographer in her life.
She currently holds the record for opening and
closing the most shows in one season. Her clients
have included such brands as Prada, Missoni,
Chanel, Yves Saint Laurent, Lancome, David
Yurman, Dior, Valentino, Hermès, and Roberto
Cavalli, and she has appeared on magazine covers
and editorials worldwide. In 2004, Daria signed a
coveted contract with Lancome (estimated to be
about a $1million a year) and in 2011, is in her 7th
year
with the company.

Daria Werbowy in the news: