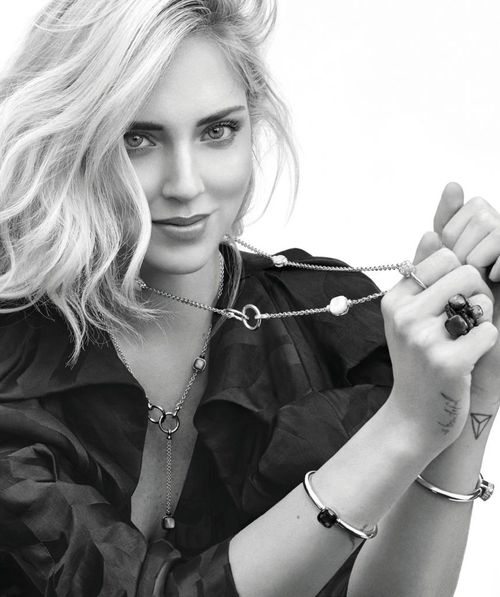 Nationality: Italy
Chiara Ferragni was born in Cremona in 1987. She
inherited from her mother the passion for fashion and
photography and already when she was a teenager she became
popular on the first online communities, where she shared photos
she was taking with her friends. In 2009, when blogs were
not yet the today phenomenon, she launched
TheBlondeSalad.com, to express herself and relate to 360°.

The Blonde Salad is much more than a blog today, it’s
a real source of inspiration and style for millions people in
Italy and around the world. In March 2011, New York Magazine
introduced her as "One of the biggest breakout street-style
stars of the year". In December 2011, she was profiled
as the Blogger Of The Moment in Teen Vogue, while still a law
student at Bocconi University and a fashion designer.
By that time her blog had reached more than 1 million unique
visitors and 12 million impressions per month. By 2013,
she had won various blogger of the year recognitions.
According to the December 2013 Teen Vogue story, her blog had
1.6 million followers on Instagram.

In December 2013, she collaborated with Steve
Madden to design a 9-shoe collection for Spring 2014, and her
prior fashion design collaborations have included work with
Christian Dior, Louis Vuitton, Max Mara or Chanel.

In 2014, she is announced as the most popular Fashion
Media on Instagram, from Stylophane.com Top 125 Most
Popular Fashion Media, and has been named by Business of
Fashion as one of the most influential personalities of the
international fashion world.

Pomellato I Am With You Campaign 2020
Pomellato (Advertising)
published: September 2020
photographer: Giampaolo Sgura