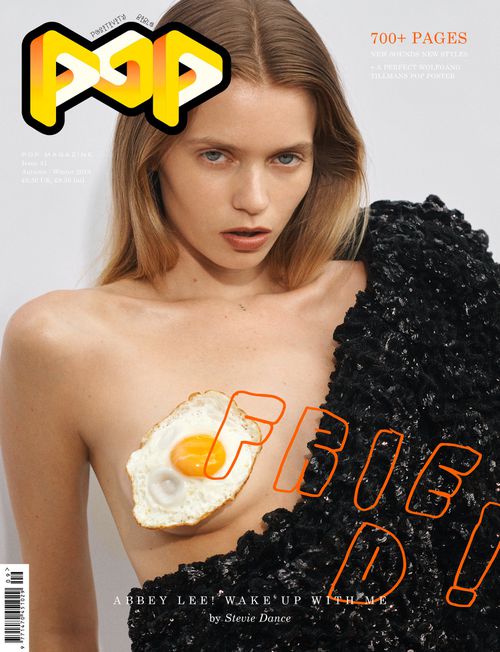 Birth Date: June 12, 1987
Nationality: Australia
Abbey Lee, a native of Melbourne, Australia, grew up
dreaming of working with animals. After being spotted
on the beach by a top Sydney modeling agent, Abbey
entered a teenage model search and won. Her star has
since shot into the international spotlight.

Abbey has been featured in advertisements for the likes
of Gucci, Chanel, Calvin Klein, Versace, Tom Ford,
Donna Karan, Ralph Lauren, Alexander Wang, Anna Sui,
Mulberry and Rag & Bone. Abbey is currently the face of
the Gucci fragrance Flora, Fendi’s Fan di Fendi, and the
Versace fragrance Yellow Diamond. In 2008 and 2009,
Abbey walked the runway for Victoria’s Secret’s annual
fashion shows. Abbey has made two appearances in the
exclusive Pirelli calendar, photographed by Karl
Lagerfeld for the 2011 calendar, and by Terry
Richardson
for Pirelli’s 2010 edition. She is currently named as one
of Models.com's "Industry Icons".

Then It's Only the Beginning
Vogue Russia (Editorial)
published: November 2019
photographer: Chris Colls

Abbey Lee in the news: