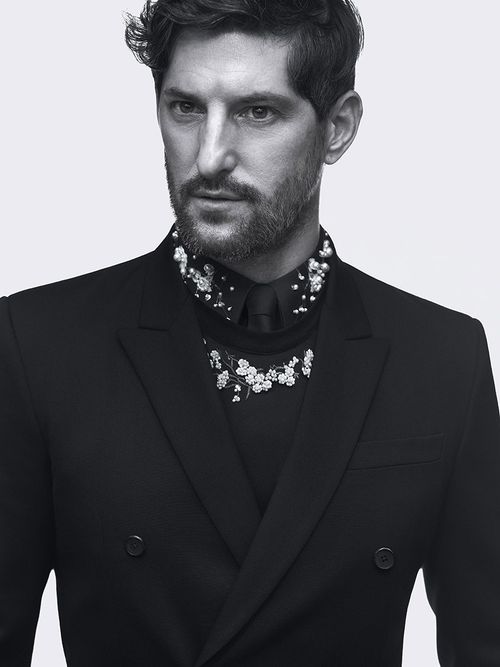 Birth Date: June 10, 1963
Nationality: United States
The world hasn’t met another Gemini quite like
Anthony Borden Ward, better known as Tony Ward.
Born June 10, 1963, Mr. Ward is nothing short of a
20th Century renaissance man, dabbling his feet in
everything from modeling and photography to
acting and writing. Making his debut in the 80's,
appearing in Calvin Klein's underwear campaign
shot by Herb Ritts, Tony then achieved notoriety in
the early 90's for dating Madonna, appearing in her
Justify My Love video and her controversial "Sex"
book. Tony has since then embraced the titles of
father, husband, top model, actor, artist,
photographer, designer, painter, writer, producer,
and director. With a never ending and quite
impressive resume, Ward has worked alongside
with photographers like Karl Lagerfeld, Steven
Klein, Steven Meisel and Terry Richardson and for
fashion designers such as Roberto Cavalli, Chanel,
Dolce & Gabbana, Diesel, Fendi, H & M and Hugo
Boss. He landed his first starring role in 1996 in the
movie Hustler White. Ward has his own fashion
brand SixInTheFace "Hand Ravaged Clothing by
Mr.Ward". All we can say is, 22 tattoos on one man
never looked so good.

Tony Ward in the news: