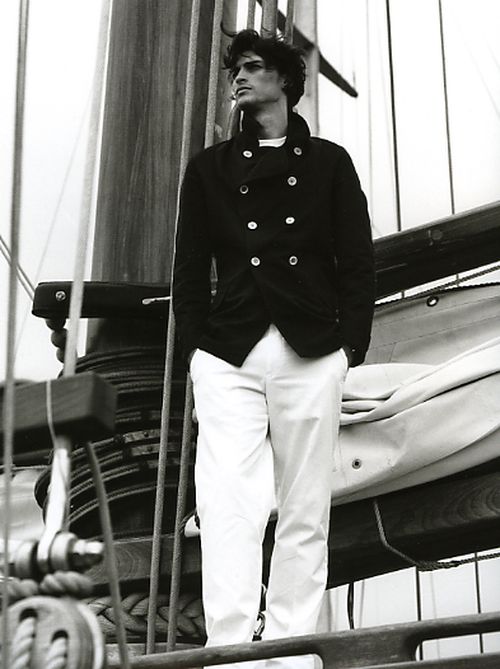 Nationality: Brazil
Rômulo Pires is a Brazilian male model. According to, Pires was working as a mechanic when a woman with a flat tire said he was attractive and had the skill for modeling. He subsequently entered a model search held by Elite Model Management of Brazil and won the first place. However, his modeling career stalled until Karl Lagerfeld took notice of him two years later.

Before walking his first runway, Romulo was hired to appear in high-profile campaigns for Chanel and Lagerfeld Gallery. With the special attention from the designer himself, Romulo got to travel around the world and started to build on his portfolio and reputation. Ad campaigns for Gucci, Valentino, Pepe Jeans, Cavali Classic, Carolina Herrera, Christian Lacroix, Ck1, Laura Biagiotti, and Emanuel Ungaro followed. He was on People magazine as one of sexiest men alive in 2006[2] and worked with Helmut Newton.[3] Romulo was quoted as saying that he enjoyed modeling because of its perks the job brought him. He said, "You get to travel the world, and it is always free. You get to know different places, and I have learned English and a bit of Italian and french as well."