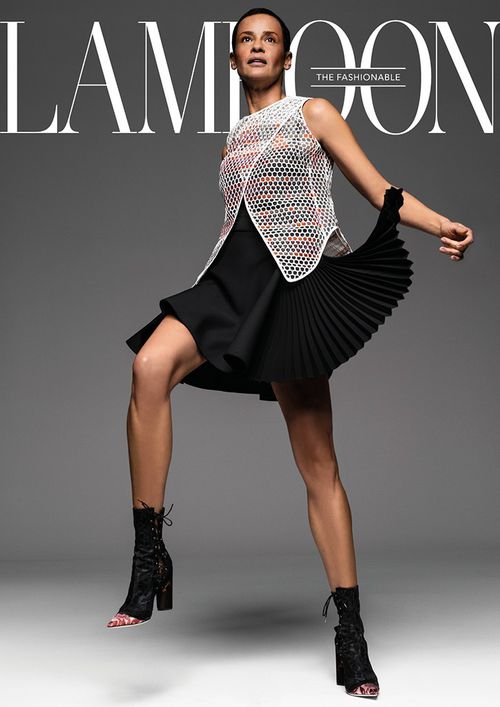 Nadege Dubospertus was born in Montfermeil, France. She studied economics until 1988, when she was spotted on a street in Paris by a photographer.

After her first cover for 20 Ans in July 1989 by Barbro Anderson, Nadege regularly featured on the covers of top magazines including all the different VOGUES, MARIE CLAIRES and ELLES, just to name a few, and she worked with the most important fashion photographers such as Steven Meisel, Patrick Demarchelier, Gilles Bensimon, Bruce Weber, and Herb Ritts.

In 1995, she co-hosted DEJA DIMANCHE, on French television. In 1999, she appeared in commercials for Mercedes Benz. In 2002, she returned to the
runway to celebrate 25 years of GIANFRANCO FERRE. In 2008/2009, she was a judge in Italy's Next Top Model and also walked the DSQUARED2
runway.

Based on her long career in the industry, in 2012 Nadege collaborated with AMICA Magazine and wrote a special FASHION DIARY on the S/S 13
collections. She also had her first experience as a stylist for a kids' fashion editorial.

In May 2013 she has attended the LIFE BALL fashion show as a special guest of Roberto Cavalli.

Nadege now lives in Milan dedicating most of her time to her sons, Luigi, Daniel and Mathias and works only on special modeling assignments.